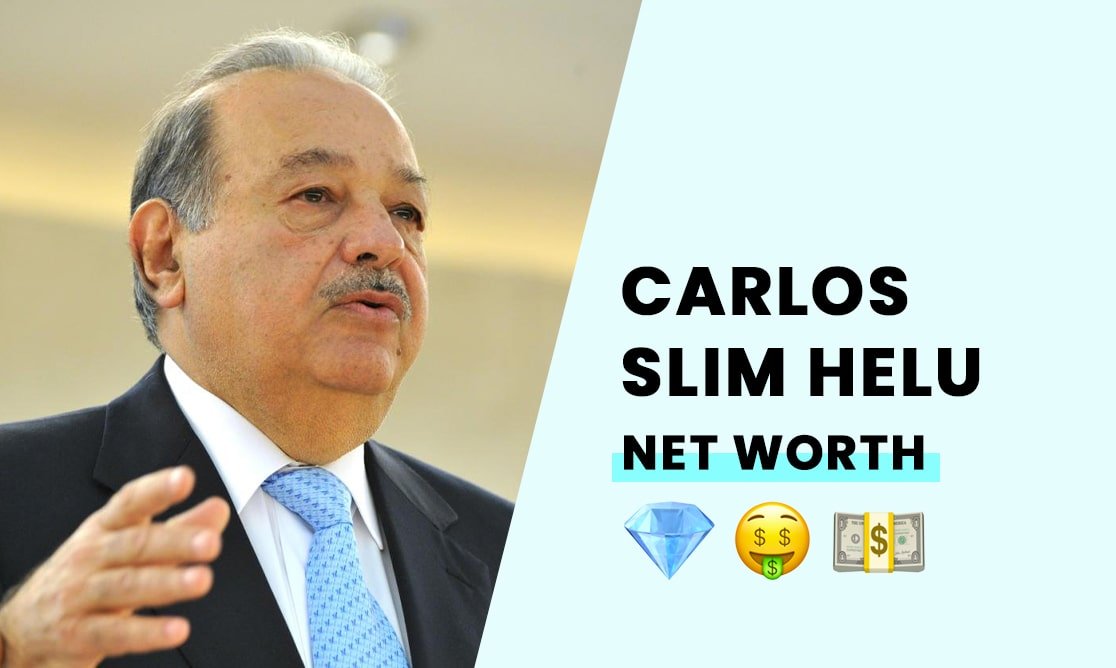 The estimated net worth of Carlos Slim is $90 Billion.

His father was a wealthy businessman. He had five siblings and grew up in Mexico City.

Carlos attended the National Autonomous University of Mexico where he attained a bachelor's degree in civil engineering.

He attributes most of his successes in life to his wife who supported him all the way. They had been married since 1966 and he named his firm "CARSO" by joining his and Soumaya's name.

How did Carlos Slim build his net worth?

Carlos started his business career as a stock trader in Mexico. In 1965, he used his profits to create his stock brokerage “Inversora Bursatil.”

He also purchased “Jarritos del Sur.” in the same year, providing the framework for the conglomerate Grupo Carso.

Carlos founded Inmobiliaria Carso in 1966, building the company into a $40 million business.

His success saw him expand into other markets, including construction, printing, soft drinks, real estate, mining, and bottling.

By 1972, Carlos had seven businesses in these categories. By 1976 he had a 60% stake in cigarette label-printer Galas de Mexico, worth $1 million.

In the Mexican economic downturn during 1982 to 1985, Carlos merged Corporacion Industrial Cardo and Grupo Inbursa into the conglomerate Grupo Carso.

During the 2008 global financial crisis, Carlos acquired a 6.4% stake in the New York Times Company, valued at $27 million.

Carlos has controlling stakes in several companies, including, TelCel, Telefonos De Mexico, and America Movil. His 2014 acquisition of Telekom Austria saw his investment in the sector go global.

Slim also has an extensive real estate portfolio, with more than 20 shopping centers under management, including ten in Mexico.

How has Carlos Slim spent his wealth?

Carlos lives in his modest 6-bedroom house in his home city, Mexico City.

Beyond his home base, the Mexican billionaire has an extensive properties for he and his entourage to stay in.

Success is not about doing things well or even very well, or being acknowledged by others. It is not an external opinion, but rather an internal status. It is the harmony between the soul and your emotions, which requires love, family, friendship, authenticity and integrity.

How rich is Carlos Slim?

Something in the order of $90 billion dollars.

Is Carlos Slim a billionaire?

Yes, Carlos Slim has around multi billionaire. In fact, he's the one of the richest people in the world - up there with Elon Musk, Jeff Bezos and Bernard Arnault.

Yes, Carlos Slim was privileged to grow up in a wealthy, hard-working immigrant family in Mexico.