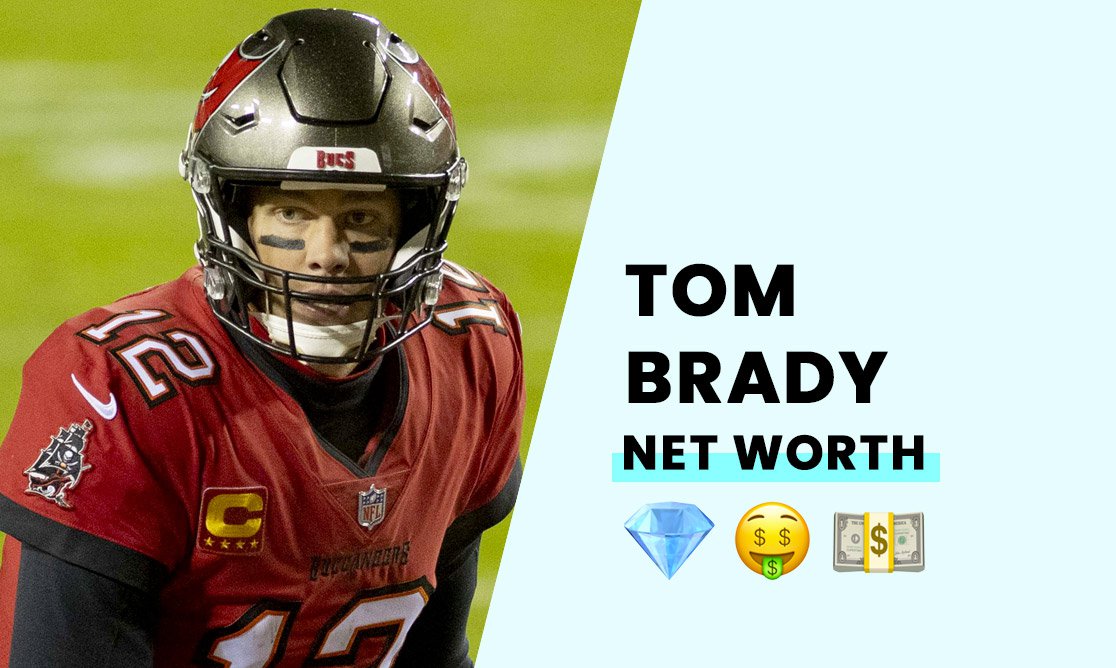 The estimated net worth of Tom Brady is $250 million.

Tom also receives a $30 million salary from the Tampa Bay Buccaneers, and he's the biggest star in the NFL. As the only football athlete to ever earn seven Super Bowl rings, Brady is a true legend of the game.

Tom Brady was born on August 3, 1977, in his hometown of San Mateo, California. His father, Tom Brady Snr, is of Irish descent and his mother, Galynn Patricia, has Norwegian-Swedish and Polish heritage. Tom got his love for football from attending San Francisco 49ers games with his dad at the legendary Candlestick Park before its closure.

Tom attended Junipero Serra High School, graduating in 1995. He earned the Varsity starting quarterback position in his junior year and retained it until graduation.

Tom has a reputation as a family man, and the couple has a son, Benjamin, born in December 2009, and a daughter, Vivian, who arrived in 2012.

Like his fellow NFL player, Tim Tebow, Brady is a devout Christian and family man, and he says it's where he draws his inspiration to succeed.

How did Tom Brady build his net worth?

Despite his now legendary status in the NFL, Brady wasn't a high-impact player early in his NFL career. He ended up the sixth pick by the New England Patriots, 199th overall in the draft. As the most-winning quarterback of all time, Brady has 231 regular-season game wins and 34 postseason wins for a total of 265 wins and seven Super Bowl rings.

After 20 seasons with the Patriots, Tom signed with the Tampa Bay Buccaneers in early 2020. Brady accepted a two-year deal for $50 million, extending through 2022. The move proved beneficial for the Buccaneers and Tom when he led the team to a Super Bowl victory in his debut season.

Tom also has several sponsorships with firms. He and his wife are also spokespersons for the US-based crypto-trading platform, FTX.

Tom credits his success in football to his father stirring his interest in the game at an early age and encouraging him to play sports in high school. Tom was a better baseball player than a footballer in school, but his love for the game saw him gravitate towards football, and the rest is history.

How rich is Tom Brady?

Tom Brady has an estimated net worth of $250 million, making him the wealthiest player in the game. The Tampa Bay Buccaneers pay him an annual salary of $30 million, and his wife brings another staggering $400 million to the family's wealth.

Is Tom Brady a millionaire?

Tom Brady is a millionaire with a net worth of at least $250 million. It would take 4,808 people earning the average US salary of $52,000 to work for an entire year to make as much money as what Tom Brady is worth.

Is Tom Brady a billionaire?

Tom Brady is wealthy, but he is not a billionaire yet.

Tom Brady has never been bankrupt.

Tom Brady was not born rich and is a self-made millionaire.