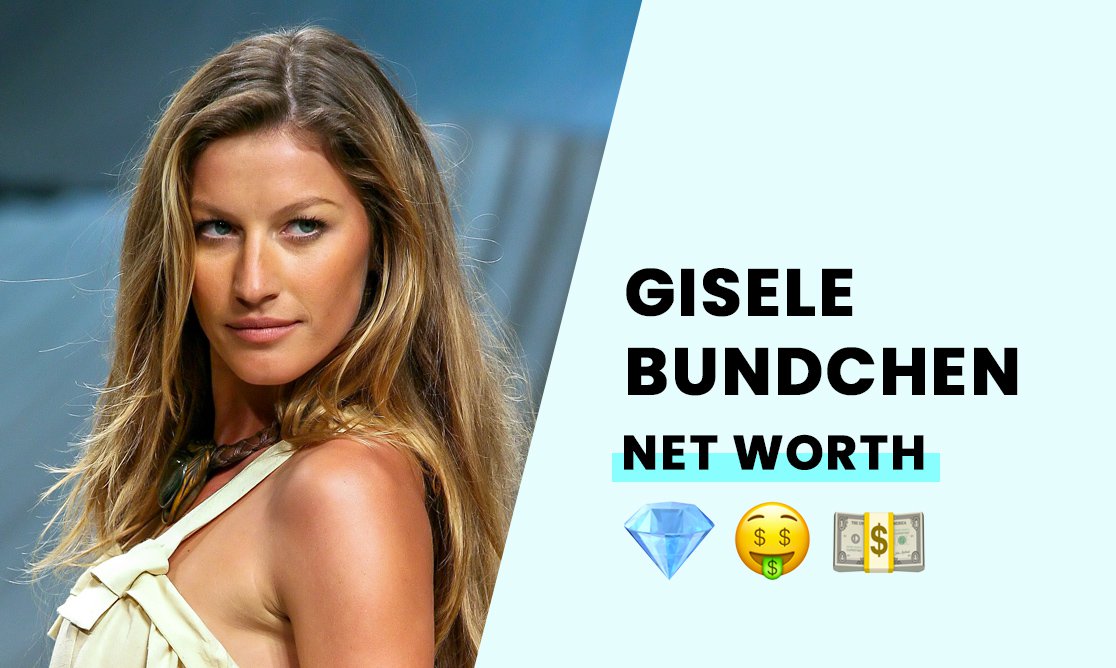 The estimated net worth of Gisele Bundchen is $400 Million.

The Brazilian supermodel married NFL quarterback, Tom Brady in 2009, combining her wealth with Tom Brady's $250 million fortune. Together, the couple has a net worth exceeding $650 million.

Gisele was the highest-earning model between 2012 and 2017, signing a $25 million contract with Victoria's Secret in 200. The model earned more than $500 million from sponsorships and endorsements during her career.

Born on July 20, 1980, in Horizontina, Rio Grande do Sul, Brazil, Gisele Bündchen has German decent. Gisele grew up with her twin sister, Patricia, and four other sisters, Graziela, Raquel, Rafaela, and Gabriela, in the Rio Grande do Sul in Southern Brazil.

Gisele is fluent in four languages, including English, French, Portuguese, Italian, and Spanish. Giselle initially wanted a career as a professional volleyball player, giving up the dream to chase a career in modeling.

Gisele attended a modeling course in 1993 alongside her sister. The purpose of her studies was to correct their posture. However, she was discovered by a talent scout for the modeling agency Elite Model Management while walking in a mall in Sao Paulo.

Gisele took second place in the Elite Model Look contest, and by early 1995, she moved to Sao Paulo to begin her modeling career.

How did Gisele Bundchen build her net worth?

Gisele got her big break in modeling during New York Fashion Week in 1996. The following year, Bundchen auditioned for 43 fashion shows, landing a contract for only two of them. However, she shot to superstardom after appearing on the cover of Vogue magazine twice in 1999.

Rolling Stone named Gisele "The Most Beautiful Girl in the World" in 200, placing her on the publication's cover. At the time, Gisele was 20-years old. Gisele has a reputation for creating the class of supermodels known as "Brazilian Bombshells."

Bündchen is most-famous for signing a $25 million deal with the Victoria's Secret luxury underwear brand in 2000, retiring from her appearances at Fashion Week. She also landed the brand ambassador position with Chanel No.5 in May 2014.

Gisele says she gets her motivation from her family. After marrying New England Patriots quarterback in 2009, the couple had two children together. Today, she focuses her attention and time on her family.

How rich is Gisele Bundchen?

With an estimated fortune of $400 Million, Gisele Bundchen is one of the most successful supermodels of all time. Today, she earns income from her sponsorships, including her and her husband Tom's involvement with the crypto trading platform FTX.

According to insiders, Gisele Bundchen earns around $40 Million per year from her endorsement deals. While she is the wealthier partner in her relationship with Brady, she still maintains her role as a supporting partner to the athlete and mother.