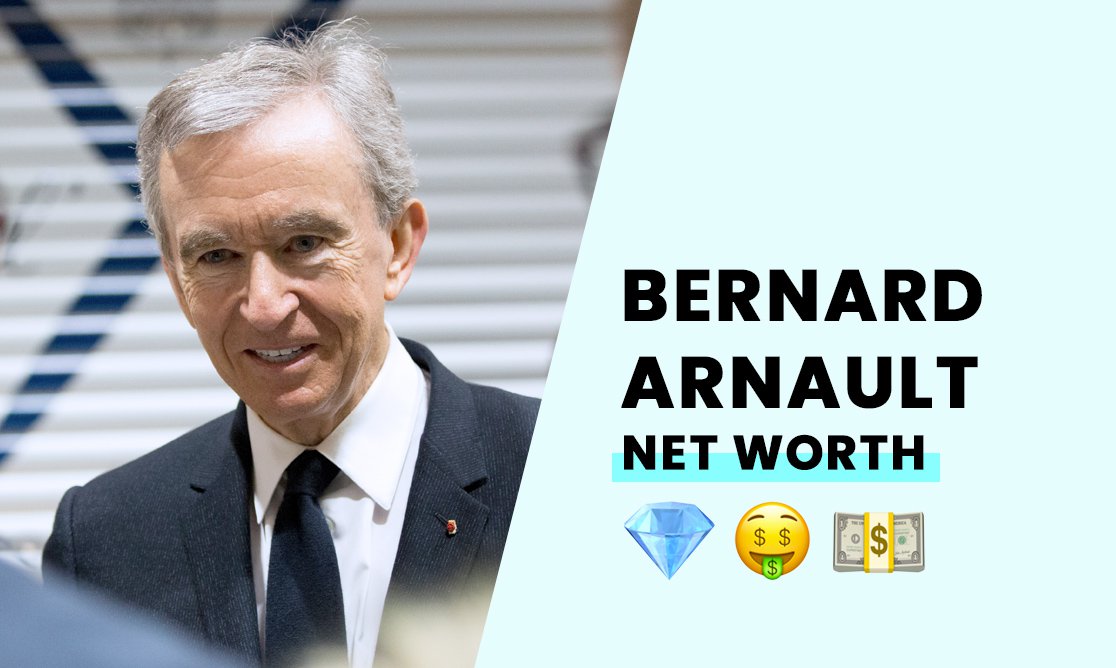 The estimated net worth of Bernard Arnault is $168 billion.

Bernard Arnault is a French national and billionaire, earning his fortune as CEO and chairman of LVMH, the world's largest luxury goods brand. Arnault is one of the richest men in the world, and he appears in the top 5 richest on Forbes list.

Born on March 5, 1949, in Roubaix, France, Bernard Jean Étienne Arnault is the son of Jean Léon Arnault, a graduate of École Centrale Paris. His mother is Marie-Josèphe Savinel, the daughter of Étienne Savinel and owner of the engineering company Ferret-Savinel. Savinel passed on the management responsibilities to Jean Léon Arnault in 1950, before later giving him total ownership of the company.

How did Bernard Arnault build his net worth?

After graduating, Arnault started working at Ferret-Savinel, owned at the time by his father. Bernard earned a position as the organization's president in 1978, continuing with the company until 1984. During his tenure at the company, he shifted the organization's model away from construction, focusing on real estate instead.

In 1987, Bernard founded LVMH, a group of luxury brands forming the company after Moët Hennessy merged with Louis Vuitton in 1987. Bernard started a holding company in 1988, using it to acquire 24% of the LVMH shareholding for a sum of $1.5 billion.

Rumors circulated in the market that the Louis Vuitton group was attempting to buy LVMH stock to create a "blocking minority." As a result, Arnault invested a further $600 million into LVMH to acquire a 13.5% stake in the company, bringing his holdings to 37.5% of the total share float. After the purchase, Bernard became the largest single shareholder in the company.

Arnault invested another $500 million in LVMH, giving him a total of 43.5% of the outstanding shares in the company and 35% of the voting rights.

Bernard Arnault is a private person, and there isn't much information available on his lifestyle. However, in an interview, Bernard says that he ensures he gets at least 7-hours of sleep every night to refresh his mind and reduce his stress. He says he designed his bedroom to create a space for sleep, enhancing the effects of his time between the sheets.

How rich is Bernard Arnault?

With a reported wealth of $168 billion, Bernard Arnault is one of the richest men in the world, and he chases giants like Elon Musk, Bill Gates, Warren Buffet, Gautam Adani, and Jeff Bezos in a battle for positioning at the top of the Forbes richest list.