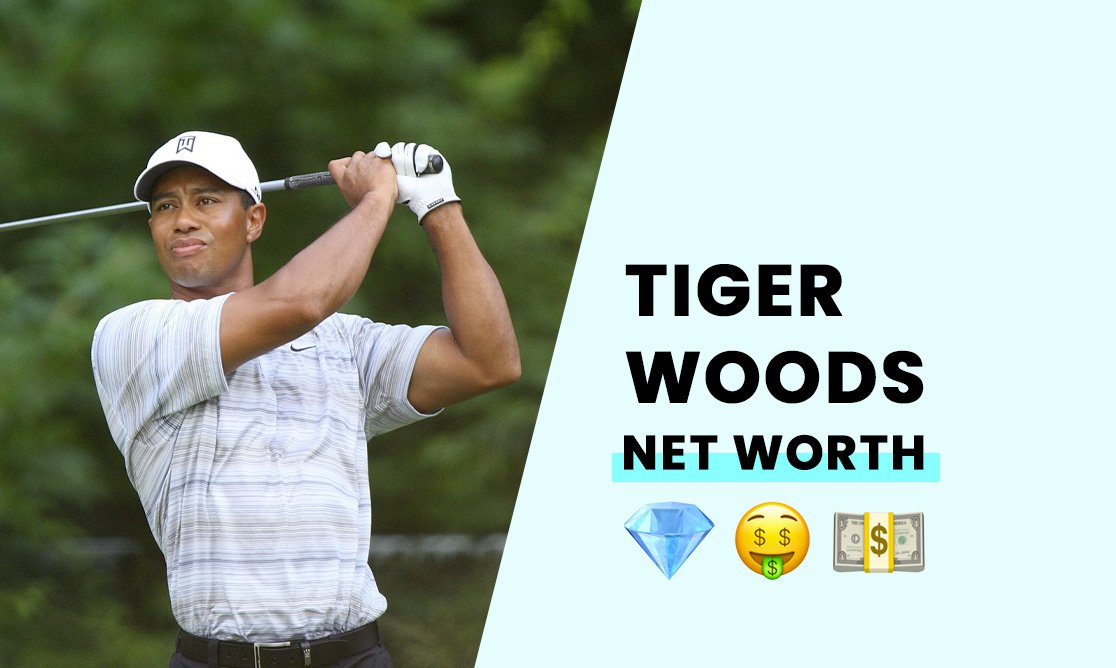 The estimated net worth of Tiger Woods is $800 million.

Tiger is a legend in golf and tied for first place in wins on the PGA Tour with Nick Faldo. He holds several golfing records, including being the youngest player to win the Masters Tournament, receiving his green jacket in 1997 at just 21 years old.

Eldrick Tont "Tiger" Woods was born in Cypress, California on December 30, 1975. His parents are Earl and Tida Woods. He is an only child. However, he has two half-brothers and a half-sister through his father's first marriage.

Tiger's mother has Thai heritage. He views his ethnicity as "Cablinasian." Tiger's father named him in honor of his closest friend, Colonel Vuong Dang Phong, who went by the nickname "Tiger." Woods spent his youth growing up in an upper-middle-class home in Orange County, California.

His father, Earl Woods, introduced Tiger to golf when he was two.

Tiger attended Western High School in Anaheim, and at 125, he became the youngest-ever US Junior Amateur champion.

Woods went on to graduate from Western High School in 1994, with his classmates voting him as "most likely to succeed." It seems they were right. Tiger turned pro, taking to the PGA Tour on August 29, 1996, at 21 years old.

How did Tiger Woods build his net worth?

Tiger built his vast fortune through his golfing career. The athlete has a sponsorship with Nike and Taylormade and a custom clothing range with Nike.

Tiger earns between $50 to $60 million per year in endorsement fees and career winnings.

He's the wealthiest and most successful golfer in the game, with total career earnings topping $1.5-billion. Between June 2019 and June 2020, Tiger netted $63 million in income from his tour winnings and endorsement deals.

Some of Tigers' career highlights include 15 major pro tournament wins, 81 PGA Tour wins, 41 European tour wins, and a staggering five Masters titles. He was the #1 ranked player in the world for more consecutive weeks than any other player in golfing history.

Tiger received his induction into the World Golf Hall of Fame in 2021.

Tiger says he would be nowhere in life without the support he received from his father growing up. His father introduced him to the game, supporting him through his amateur and professional development.

Woods lost his father on May 3, 2006, and his career started to spin out of control in 2009. The Golfer has been in trouble with the law. The media painted him as the "bad boy" of golf after discovering his affair in 2009 and his infamous car wreck in 2009. He spent the next year dealing with problems in his personal life, impacting his career performance.

How rich is Tiger Woods?

With a fortune of $800 million, Tiger Woods is one of the most successful names in the sport of golf. The golfer has had a rough time with the media and his personal life over the last decade, and he announced his retirement from the game in December 2021.

Is Tiger Woods a millionaire?

Tiger Woods is a multi-millionaire with a net worth of at least $800 million.

Is Tiger Woods a billionaire?

Tiger Woods has a lot of money, but not quite a billion dollars yet.

Tiger Woods does not appear in any bankruptcy searches.

Tiger Woods was not born into a wealthy family.