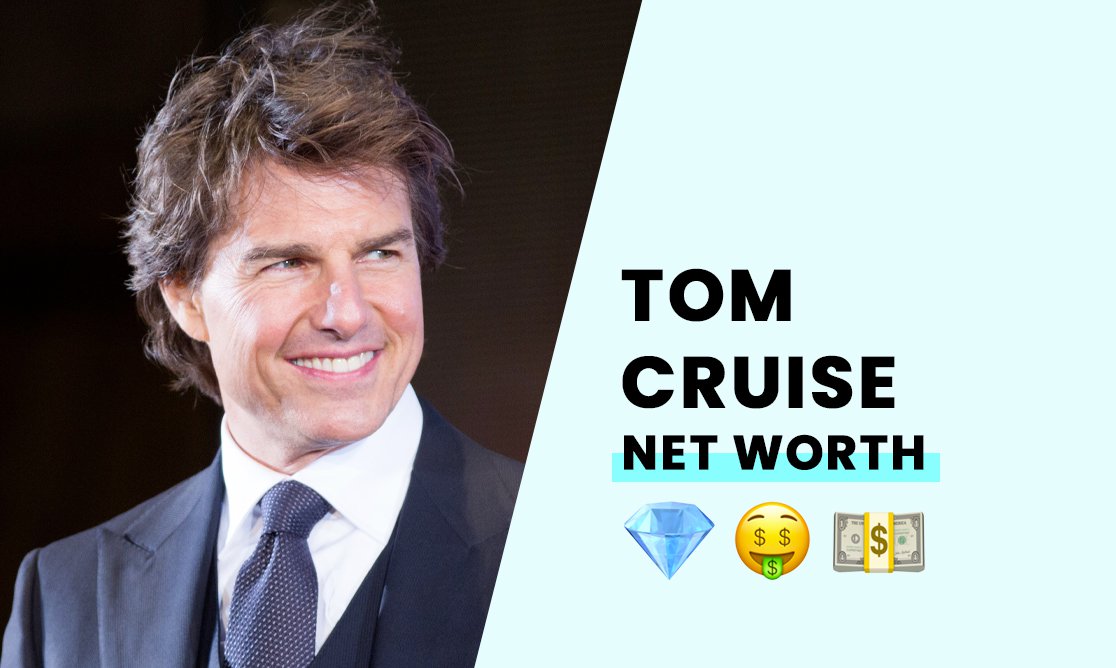 The estimated net worth of Tom Cruise is $600 million.

The actor also nets a $50 million salary from his movie roles.

Tom Cruise is an American actor and producer and one of the most famous members of the Church of Scientology. He is one of Hollywood's leading A-list stars.

Tom's father earned his living as an electrical engineer, with his mom working as a special needs teacher. Tom has three sisters, and he grew up in a low-income household.

Tom Cruise attended Robert Hopkins Public School during his 4th and 5th-grade education. He started involving himself in school drama productions in the 4th grade, under the guidance of George Steinburg, his drama teacher.

Cruise earned a scholarship through the Catholic Church, attending St. Francis Seminary in Cincinnati, Ohio. During his schooling, Cruise thought about becoming a Franciscan priest. However, the school expelled him after teachers caught him drinking.

Cruse is also an ambassador for the Church of Scientology, converting to the faith in 1986 after meeting his first wife, Mimi Rogers. The actor would conceal his association with Scientology until an interview with Barbara Walters in 1992.

How did Tom Cruise build his net worth?

The actor cemented his status on the Hollywood A-list with his role in the 1986 blockbuster, "Top Gun," earning $2 million for the part of the hot-shot pilot "Maverick."

From there, Tom kept increasing his pay, earning $3 million for the 1988 movie "Cocktail" and $9 million for his part in "Days of Thunder."

However, Tom would land his biggest payday with the "Mission: Impossible" franchise. He grossed $100 million for the second film in the franchise, comparable with his $100 million salary for 2005's "War of the Worlds."

"Top Gun: Maverick," released in 2022, was the biggest grossing film of Cruise's long and prestigious career. If I might add, it was also incredibly fun to watch, which I did more than once.

Tom is a strong advocate and ambassador for the Church of Scientology. The actor is well known for attempting to recruit people to the organization while working on movie sets.

He is a personal friend of David Miscavige, the church's leader. Miscavige presented him with the "Medal of Valor" in 2004. Tom claims he owes his success to the organization and Miscavige's mentorship.

How rich is Tom Cruise?

With a reported wealth of $600 million, Tom Cruise is one of the most successful male actors in Hollywood and a fixture on the celebrity A-list.

Is Tom Cruise a billionaire?

No. Tom Cruise is not a billionaire, although, with a net worth of approximately $600 million and growing, he's unlikely to complain.