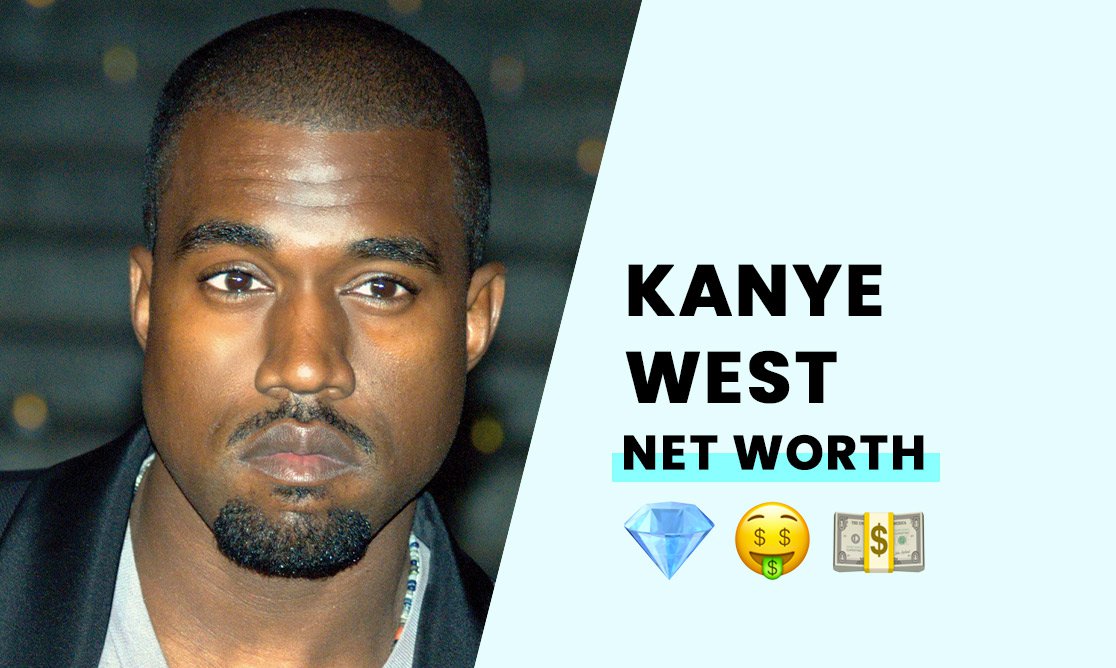 The estimated net worth of Kanye West is $6.6 billion, making him the richest African American in history.

Kanye West earned his fortune through his music career and his successful brand, "Yeezy."

West owns 100% of the company and reportedly earns between $150 million to $200 million from the brand every year.

Born on June 8, 1977, in Atlanta, Georgia, Kanye Omari West is a rapper, entertainer, and entrepreneur. He famously decided to run for president in the 2020 election. Kanye's parents divorced when he was three years old, and Kanye ended up living with his mother, Donda West.

Kanye grew up in a middle-income household. When he was ten, his mother moved them to Nanjing, China, where she was a teacher at Nanjing University under the Fulbright Scholarship program. During their time in Nanjing, Kayne attended school and learned Mandarin, which he claims he can no longer speak.

Kanye's mom said he took an early interest in the arts and wrote poetry as early as age five. He started rapping in the third grade and creating compositions for artists in the seventh grade.

Kanye received his first sampler at age 15, and the rest is history.

His early schooling took place in China. After returning to the US in 1997, Kanye attended college at Chicago's American Academy of Art under a scholarship before transferring to Chicago State University to continue his study of English.

At the age of 20, Kanye dropped out of college to pursue his career in music.

How did Kanye West build his net worth?

Kanye West built his net worth through music and business. While his albums are incredibly popular, netting him millions in sales, it's his "Yeezy" footwear brand that nets him most of his annual earnings. Kanye owns 100% of the brand, partnering with Adidas to launch the shoes.

His sixth album, "Yeezus," was released in 2013 to thunderous applause from critics. In 2015, Kanye took the title of "Yeezus" and incorporated it into a shoe brand, "Yeezy," in collaboration with Adidas. The shoe company launched the brand as "Yeezy Season 1," with the highlight of the range being Kanye's "Yeezy Boost" shoes.

"Yeezy Season 2" debuted in 2016, seeing the launch of the updated "Adidas Yeezy Boost 750 sneakers." It's well-known that the bulk of Kanye's riches come from Yeezy.

He divorced his long-time wife, Kim Kardashian, in 2021. Details of their divorce settlement have not been made public.

Kanye West grew up with a doctor as a mother.

As a result, she emphasized the need for education and discipline in him. Full details of his busy daily routine are available here.

How rich is Kanye West?

With a reported fortune of $6.6 billion, Kanye West is the richest African American person in history. His Yeezy brand continues to net him hundreds of millions of dollars annually. The rapper's music catalog is worth $110 million, and he owns $100 million in real estate. Yeezy contributes the majority of his wealth.

Is Kanye West a millionaire?

Kanye West's net worth is more than enough to be a millionaire.

Is Kanye West a billionaire?

Yes, Kanye West is a billionaire thanks to his success with his Yeezy brand and music sales.

Is Kanye West the richest rapper?

Yes. His fortune exceeds that of all other rap artists, including Jay-Z, Sean Combs, Dr. Dre, Russell Simmons, Eminem, Pharrell Williams, and Drake.

Kanye West was once millions in debt, but he is now incredibly wealthy and definitely is not broke.

Kanye West worked hard to become the self-made man that he is today. He was not born rich.