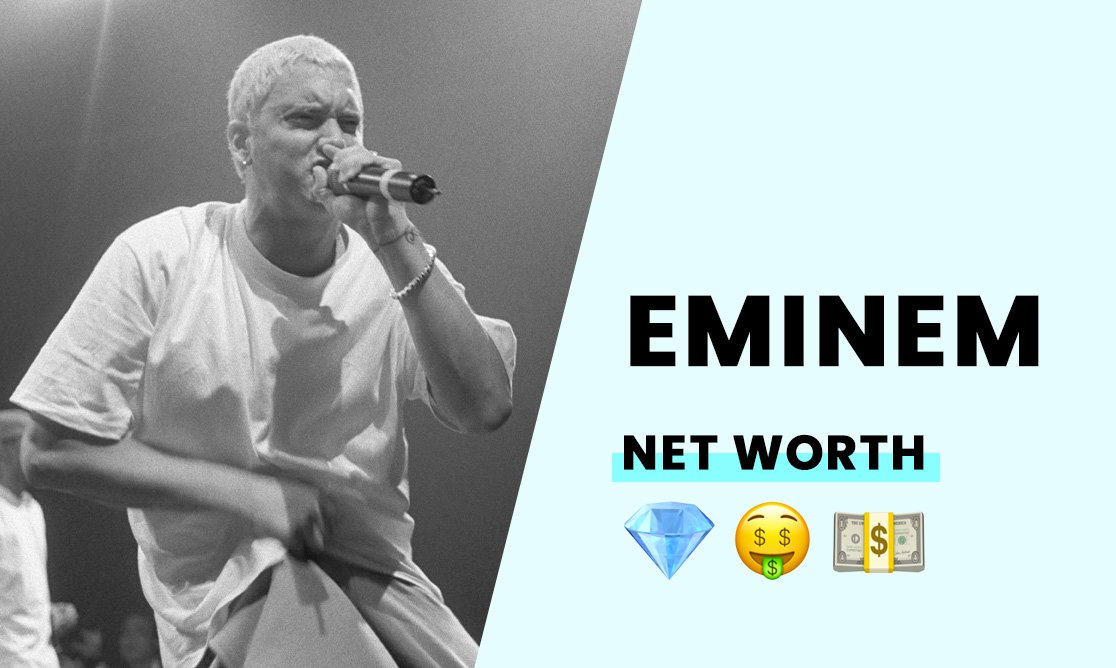 The estimated net worth of Eminem is $230 million.

Eminem is one of the most successful rappers in history, with a tongue-in-cheek rap style and a huge fan base around the globe.

Born on October 17, 1972, in St. Joseph, Missouri, Marshall Mathers is the only child of parents Marshall Bruce Mathers Jr. and Deborah Rae. Eminem's father left the family when Marshall was a child, moving to California.

After losing his father, Eminem and his mother moved around a lot, eventually settling in Detroit. For his early teen years, Eminem lived in a trailer park with his mom in an African-American neighborhood in Detroit.

Eminem started rapping at the age of 14 with his high school friend, Mike Rub. The duo adopted the stage names "Manix" and "Eminem" (M&M), an abbreviation for Marshall Mathers.

Eminem attended Lincoln High School in Detroit. However, it was tough on him growing up in an environment where he was an outsider. As a result of his isolation, he was subject to bullying at school, eventually dropping out in 2017 to get a job so he could help his mother pay the bills.

How did Eminem build his net worth?

Eminem built his reputation as a rapper by "battling" other MCs in the local Detroit rap scene. After coming second in a rap battle, an audience member sent a recording of the rap battle to the legendary producer, Dr. Dre. Dre was so impressed by Em's skillset that he invited the rapper to record with him in Los Angeles.

Eminem's solo career was a smash hit, with him becoming the top-selling rap artist of all time. He founded the hip-hop group D12 and launched the solo career of many other successful hip-hop artists, such as 50-Cent.

The "Slim Shady LP" was released on Aftermath Entertainment in 1999, with the album going platinum, selling more than 40-million copies in America alone. He released the movie "8-Mile" in 2002, a biography of his discovery, and the film grossed over $242 million at the box office.

Many rappers rate Eminem's skills as the greatest of all time, and he's collaborated with some of the biggest stars in the industry, including 50-Cent, Ed Sheeran, Rihanna, Drake, Lil Wayne, and many more top artists.

Eminem believes in putting in the work to make himself a success. During the early stages of his career, he would spend all night in the studio with Dr. Dre while recording his debut album.

While his lyrics often talk about hatred towards his mother and his ex-wife, Kim, he's a devout father to his daughter, Hailey. He says his daughter gives him the inspiration and motivation he needs to succeed.

How rich is Eminem?

Eminem has a fortune in excess of $230 million. He's a successful solo artist and credited with finding the amazing talent of artist 50-Cent (Curtis Jackson). Today, Eminem spends his time with his daughter Hailey, and he still produces music for some of the top names in the rap game.