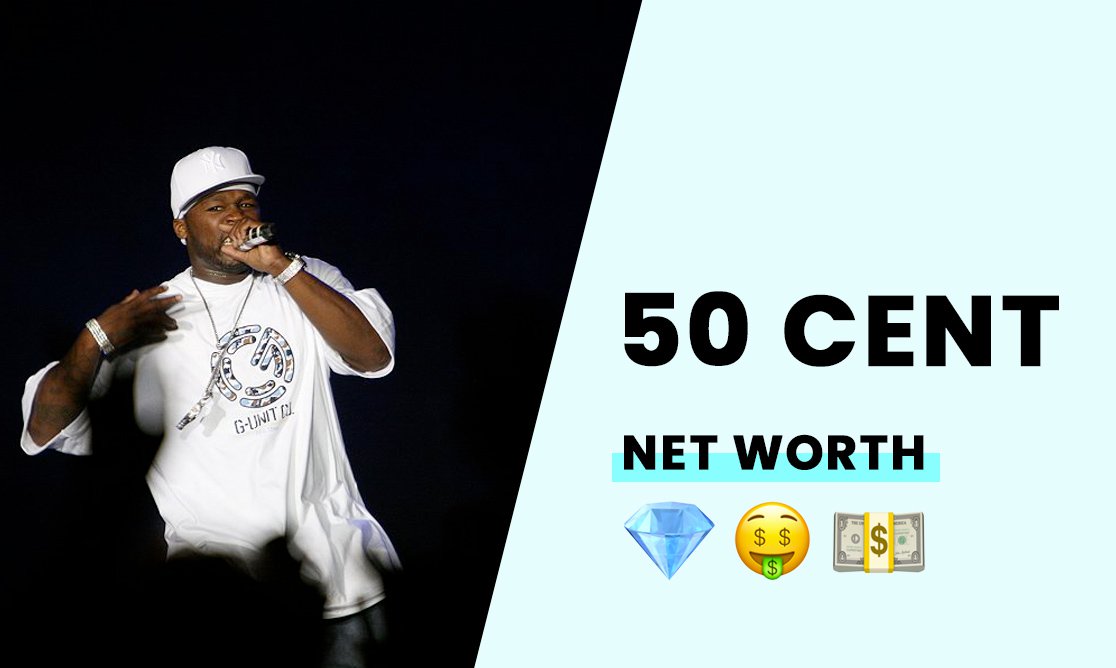 The estimated net worth of 50 Cent is $40 million.

50 Cent is more than a rapper. He’s an American entrepreneur, actor, and music producer. Sources say that 50 Cent earned over $260 million during his career.

However, the rapper had legal troubles causing him to file for bankruptcy as his fortune approached $100 million.

50 grew up with his mother, Sabrina Jackson, during his former years. Sabrina was a drug dealer, and she passed away when 50 was just eight years old.

His grandmother adopted him, but 50 took the wrong path in life, dealing drugs in high school. 50 Cent got his first criminal charge in 10th grade after being arrested for bringing guns and illicit cash into his high school. After his arrest, the judge ordered him to attend "Boot Camp" for boys for rehabilitation.

50 Cent attended Andrew Jackson High School, but he dropped out before graduating to enter a life of crime.

He got his second arrest in 1994 when he sold crack to an undercover cop, and his third arrest occurred when the police raided his home, finding drugs and firearms on the premises. 50 went to boot camp, where he earned his GED while incarcerated.

How did 50 Cent build his net worth?

50 Cent earned his fortune through music and several entrepreneurial ventures. After surviving an attack from a rival drug dealer, the rapper rose to infamy, receiving nine bullet wounds during the ordeal.

The attack occurred outside his home in Queens, with Mike Tyson's bodyguard, Darryl Baum, shooting him in the arm, hand, legs, cheek, and chest. Baum turned up dead three weeks later. During his stay in the hospital, 50 signed a deal with Columbia records.

After his discovery by Eminem, the rapper would get his big break and rise to international acclaim in 2002. Em flew Jackson to LA to meet with himself and Dr. Dre. The rapper signed to Aftermath records in a $1 million deal.

The rapper released his first solo album in 2003, featuring the smash hit "In da club." The single went on the become the most-played record ever on radio. The album sold nearly a million copies in the first four days after its release, debuting at the #1 spot on the Billboard Hot 100.

50 Cent attributes his success to his mindset of never giving up. His first album, "Get rich or die tryin," was a throwback to his goals as a young hustler. 50 says he owes his career to Eminem and Dr. Dre.

With a reported fortune of $40 million, 50 Cent had career peak earnings of $260 million.

However, the rapper dealt with several lawsuits and declared bankruptcy to avoid paying creditors.

Today, 50Cent's fortune is on the rebound, and the rapper is famous for counting stacks of cash on his Instagram account.