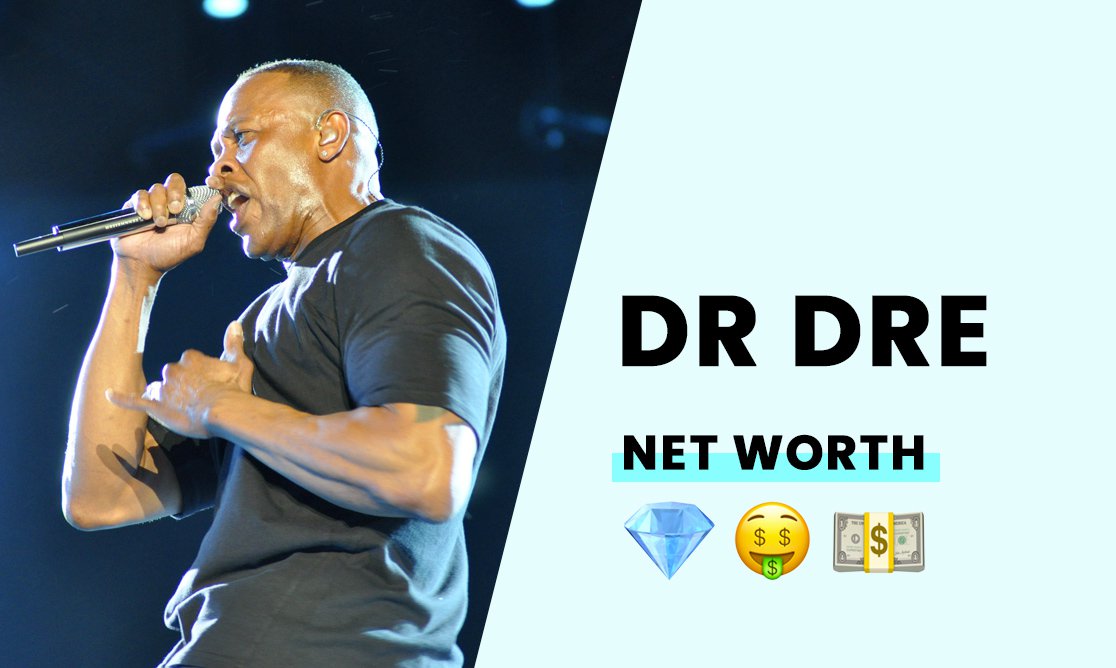 The estimated net worth of Dr. Dre is $820 million.

Dre is a legendary producer and artist in the rap game, and he was one of the founding members of "N.W.A.," possibly the biggest rap group of the 90s.

Dre helped launch the careers of many influential rappers.

Born Andre Romelle Young in Compton, California, on February 18, 1965, Dre is the son of Theodore and Verna Young. Dre's parents divorced in 1972, with his mother remarrying to Curtis Crayon.

Dre's family moved from apartment block to apartment block around the Compton, Long Beach, and Carson neighborhoods during his childhood. His family also spent time in South Central LA and Watts.

However, Dre was not a model student, and his poor grades ended up with him transferring to Fremont High School in South Central LA. After completing high school, Dree attempted to land an apprenticeship with the Northrop Aviation Company. However, the company denied him the position due to his weak academic performance.

Dre attended the Chester Adult School in Compton after his mother pressured him to study or get a job. After briefly attending a radio broadcasting class, he dropped out of Chester Adult School to chase his dream of becoming a performance artist, landing shows at Eve's After Dark nightclub.

How did Dr. Dre build his net worth?

The nightclub has a small recording studio in the back, and that was where Dre and Yella would form the foundations of what would become N.W.A.

After recording a few demos, the group officially formed in 1986. Along with Dre and D.J. Yella, N.W.A.'s lineup consisted of the legendary MC Ren, Easy-E, and Ice Cube.

The group dispersed in the early 90s after the death of Easy-E, with the artists choosing to launch solo careers.

Dre released his first solo album, "The Chronic," in 1992 with the Deathrow Records label owned by the infamous producer, Suge Knight.

After a fallout with Knight, Dre left to form "Aftermath Entertainment" in 1996, releasing the collaborative album "Dr. Dre Presents: the Aftermath."

Dre's career shot to superstardom, and he became the most-respected producer in the west coast rap game.

He's responsible for finding some of the biggest talents in the hip-hop community, including starting the career of Eminem.

Dre says he got his inspiration to succeed from his time on the streets.

As a teenager, he refused to join gangs and saw music as the only way out of his life situation.

How rich is Dr. Dre?

With a fortune of $820 million, Dr. Dre is one of the biggest names in the rap game and could be close to becoming a billionaire.

While he no longer releases records, he's a talented producer with many income streams.