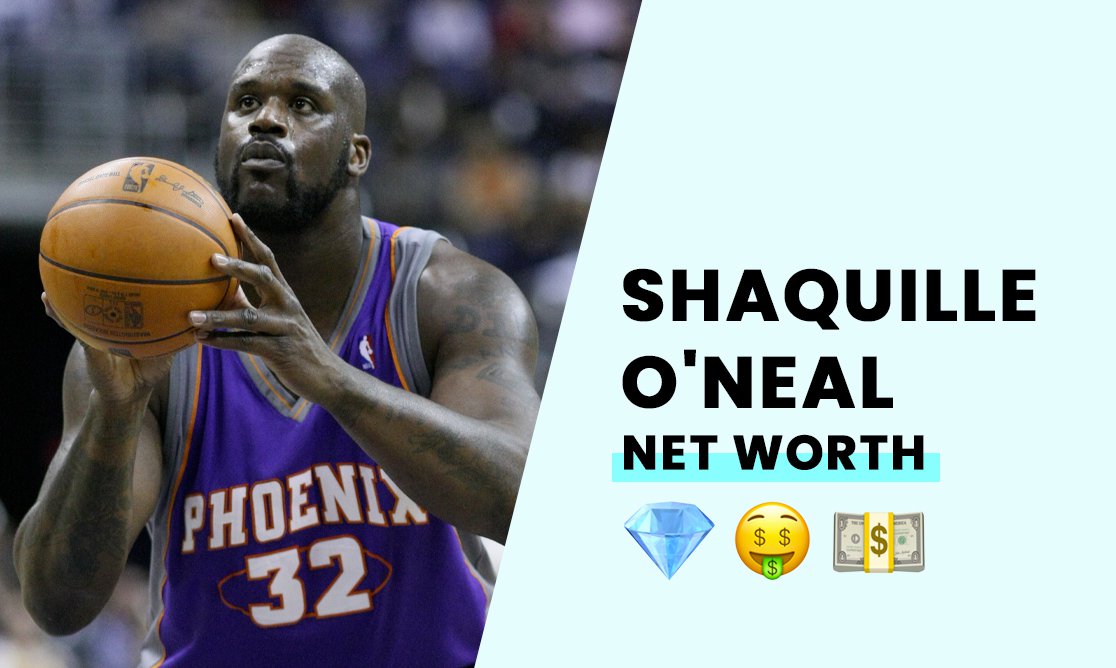 The estimated net worth of Shaquille O'Neal is $400 million.

"Shaq" is a retired NBA star and one of the biggest names in basketball from the 90s. After finishing his NBA career, Shaq became an entrepreneur and investor, founding several successful businesses and landing roles in movies and television.

Shaq earned more than $292 million in salary during his basketball career. The baller also netted over $200 million in endorsements during his time on the court. While he's retired, Shaq still receives around $60 million in annual endorsement fees.

His work ethic is admirable, to say the least.

Born on March 6, 1972, in Newark, New Jersey, Shaquille O'Neal is the son of Lucille O'Neal and Joe Toney. His mother raised Shaq after his father was imprisoned on drug charges when he was still a baby.

Shaq never knew his father while growing up. His mother married Phillip Harrison, a sergeant in the U.S. Army, after Shaq's father abandoned the family. The family moved from Newark and moved around a lot during his youth, spending time in Germany and Texas.

How did Shaq build his net worth?

Shaq appeared in the Spike Lee movie "He's Got Game" in 1992 before making his debut as the #1 draft pick for the Orlando Magic in 1992. The film introduced Shaq as a behemoth power forward, landing the title of the "Shaq-Attack" during his debut season with the Magic.

He won the "Rookie of the Year Award" and earned a spot as an all-American starter in his debut season, a feat not achieved since the days of Michael Jordan. Shaq led the Magic to a playoff series in his second season, and the team made the finals the following year., losing to the Houston Rockets.

Shaq reached the pinnacle of his NBA career while playing for the LA Lakers. He went on to win the NBA Championship in his debut season with the team, winning the title in the following two seasons. Shaq was traded to the Miami Heat in 2004, signing a $100 million deal with the team the following year.

The move proved prosperous, and the Heat went on to win their first NBA championship and Shaq's fourth the following season against the Dallas Mavericks.

O'Neal credits the Boys and Girls Club of America for keeping him off the streets as a youth. He says he would have probably ended up in a life of crime without the organization.

How rich is Shaquille O'Neal?

With a fortune of $400 million, Shaq is one of basketball's greats. He's one of the most successful players to come out of the 90s and 2000 era of the game.