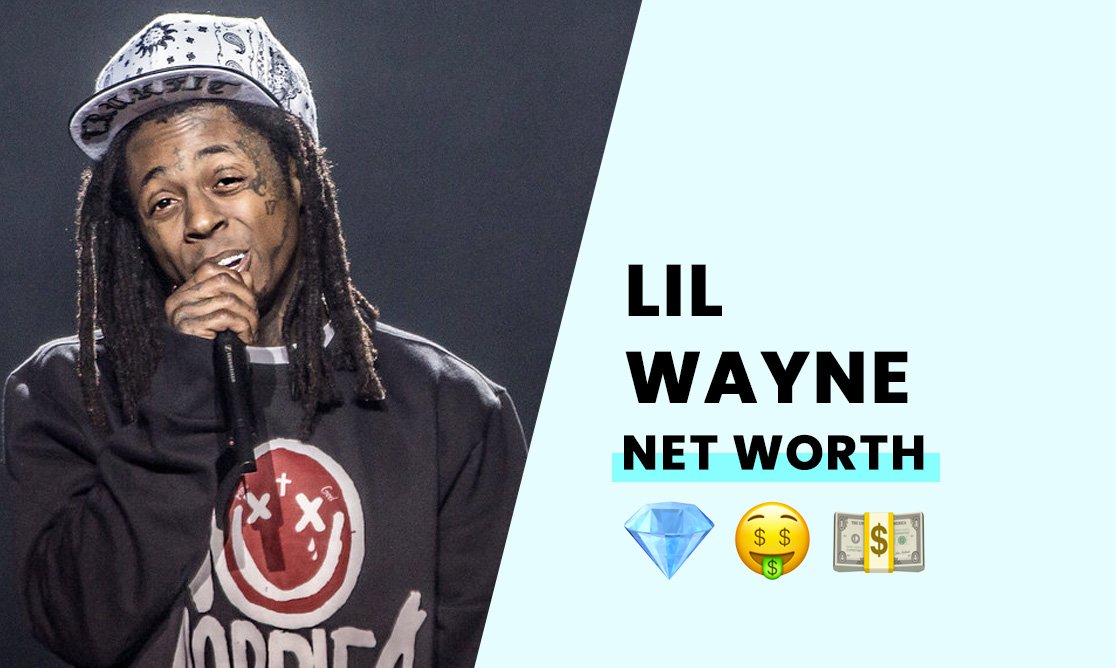 The estimated net worth of Lil Wayne is $150 Million.

Lil Wayne is a rapper and producer and one of the biggest names in hip-hop. The rap superstar helped launch the careers of many successful artists, and he's a multi-platinum artist with 14 studio albums under his belt.

Born on September 27, 1982, in New Orleans, Dwayne Michael Carter Jr knew it was his destiny to be one of the biggest stars in the rap game from an early age.

Lil Wayne's father abandoned the family when he was two years old, and Lil Wayne grew up under his mother's care, Jacida Carter.

Lil Wayne wrote his first rap song when he was just 8-years old, and he earned a notorious reputation after accidentally shooting himself with a pistol when he was nine.

Lil Wayne attended McMain Magnet School, where he was an honor student. However, the rapper dropped out when he was 14 to get his music career off the ground. Lil Wayne didn't complete his high school diploma, and he never attended college.

How did Lil Wayne build his net worth?

Lil Wayne launched his rap career when he was just 9-years old. Bryan "Baby" Williams discovered the rapper in 1991, allowing him to join Cash Money Records as the youngest artist on the label. Lil Wayne got his break with the duo group "The B.G'z," where he rapped alongside New Orleans superstar B.G., otherwise known as Lil' Doogie.

Lil Wayne joined the hip-hop mega-group "Hot Boys" under the Cash Money label in 1996, alongside CM artists Turk and Juvenile. The Hot Boys debut album, "Get It How U Live!," was released that same year.

Lil Wayne's solo debut album "Tha Block Is Hot" was released in 1999 and went platinum with the Recording Industry Association of America(RIAA).

However, Lil Wayne saw massive success with its platinum album "Guerrilla Warfare," released in 1999, with the single "Bling Bling" reaching #36 on the Billboard Hot 100. Lil Wayne was the top-selling artist on the Cash Money label for many years, and he eventually ended his affiliation with the company in 2018.

Lil Wayne released his sixth studio album "Tha Carter III" in 2008, and it's his most successful album to date, selling more than a million copies in the US to go platinum in its first week of sales. The album won Wayne a Grammy for Best Rap Album, featuring the smash-hit singles "A Milli," "Lollipop," and "Got Money." Lil Wayne surpassed Elvis Presley on September 27, 2012, as the male artist with the most hits on the Billboard Hot 100 chart, with 109 tracks.

Lil Wayne sold over 100-million records globally during his career, with 15 studio albums and 37-million digital downloads of his songs. While his career had a slow start, he's now one of the top-selling artists of all time.

Lil Wayne attributes his success to his positive attitude and the support he received from his friends, family, and the Southern hip-hop community.

How rich is Lil Wayne?

With a fortune of $150 Million, Lil Wayne is one of the wealthiest rappers in the game and one of the most highly respected artists among his peers.