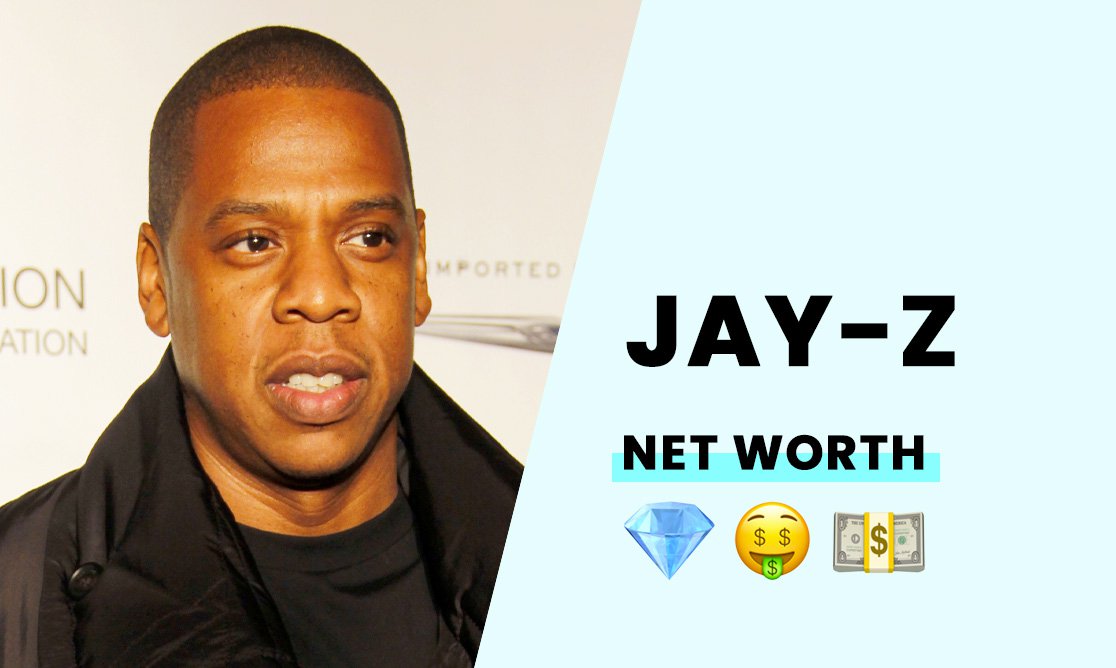 The estimated net worth of Jay-Z is $1 billion.

The rapper built his empire through music and entertainment, making him one of the richest African Americans alive.

He is married to Beyonce and resides in New York City.

Born in Brooklyn, NYC, on December 4, 1969, Shawn Corey Carter — "Jay Z" — spent his youth on the streets of New York City. He grew up in the "Marcy Houses," a project in the Bedford–Stuyvesant neighborhood of Brooklyn.

His mother had to raise him and his two siblings alone after their father, Adnis Reeves, abandoned them. According to his mom, he would wake up in the morning and sit at the breakfast table banging out beats on the surface with his hands.

His mom saved up and bought him a boombox for his birthday, which encouraged him into making music. Shawn later adopted his stage name "Jay-Z," paying homage to his long-time mentor "Jaz-O."

He attended the school with other famous rappers like Busta Rhymes and The Notorious B.I.G.

Eventually he transferred to Trenton Central High School in Trenton, New Jersey, where he was shot three times and sold crack cocaine before dropping out without graduating.

Jay-Z didn't attend college, but that didn't stop the entrepreneur from dominating the entertainment industry with his music.

How did Jay-Z build his net worth?

Jay-Z built his fortune through music, although his early career as a rap artist was funded with the proceeds from dealing drugs while in high school. He burst onto the hip hop scene in 1996 with his debut album "Reasonable Doubt," which reached 23rd on the Billboard Top 200.

His back catalog of 13 studio albums, two live albums, and one soundtrack album is valued at $100 million, making him the second most successful rapper in history after Kanye West.

In 2003 he launched the S. Carter Collection of footwear in partnership with Reebok. He sold his successful brand of streetwear, "Rocawear," to Iconix Brand Group for $204 million in 2007.

Jay-Z also serves as the co-brand director for Budweiser Select brand, and he had a stint as the former CEO of Def Jam Recordings.

He had a share in the Brooklyn Nets basketball team, which he acquired for $1 million, but sold in 2013 to pursue his dream of becoming a sports agent.

Today, Jay-Z has a portfolio of investments, and he continues to grow his wealth.

Jay-Z credits his mom and Jaz O as his guiding force in life. He learned about respect from his mother, and Jaz O taught him how to navigate the streets and operate a business.

How rich is Jay-Z?

With a fortune of in excess of $1 billion, Jay-Z is the most successful rapper on the planet after Kanye West.

Is Jay-Z a millionaire?

Yes, Jay-Z is a multi-millionaire many times over.

Is Jay-Z a billionaire?

Jay-Z is a billionaire and one of the richest people in the entertainment industry.

Jay-Z is not broke and has never been bankrupt.

Even Jay-Z had to hustle hard to build his wealth. He wasn't born rich.