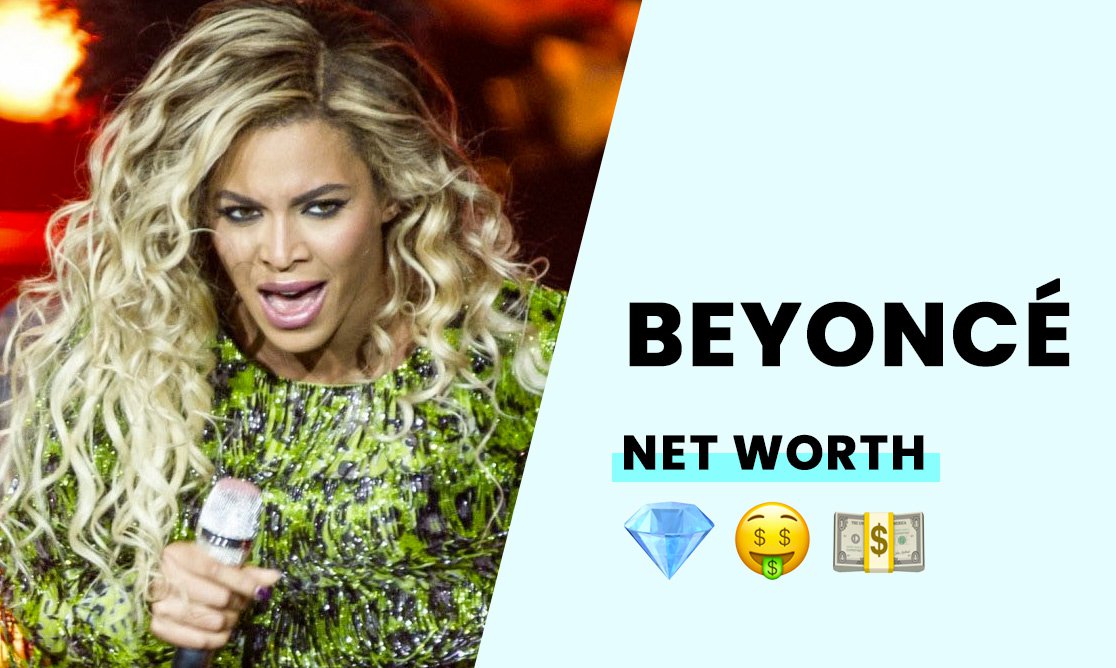 The estimated net worth of Beyoncé is $500 million.

Otherwise known as “Queen Bee,” Beyoncé is a singer and actress, with 22 Grammy Awards to her name. Some of her best-known songs include tracks like “Single Ladies,” “Crazy in Love,” and “Halo.” She was also the lead in the 90s girl pop group “Destiny’s Child.”

Beyoncé Knowles-Carter was born on 4th September 1981. Her parents are Mathew and Tina Knowles, and she has three siblings, Solange, Nixon, and Bianca.

She moved to Kinder High School for the Performing Arts, but her parents divorced, resulting in Beyoncé finishing her schooling at Elisk high school.

Beyoncé never attended college, dropping out of high school to tour with her group, Destiny’s Child, when she was 15.

How did Beyoncé build her net worth?

Beyoncé started her climb to fame in 1990 when she began touring with her band, “Destiny’s Child.” She remained with the group for 15-years, eventually launching her solo career in 2006. Beyoncé has 22 Grammy Awards and 62 nominations, making her the second most successful female artist of all time.

Beyoncé also has the title of female artist with the most awards issued by SoulTrain, and she has 24 MTV music awards under her belt. She won the coveted “International Artist of Excellence” by the American Music Awards. In total, Beyoncé has 819 award nominations and 292 award wins.

Beyoncé has six solo studio albums under her belt and many successful tours. She’s also an accomplished actress, featuring in the films “Carmen: a Hip Hopera,” “epic,” “The Pink Panther,” Dreamgirls,” “Obsessed,” and “Austin Powers 3: Goldmember.”

The superstar married superstar rapper and entrepreneur Jay-Z in 2008, and the couple has three kids together. Today, Beyoncé is a philanthropist, supporting equality campaigns and educational rights. She is also a staunch supporter of the “Black Lives Matter” movement.

Beyoncé co-founded a fashion brand with her mother in 2008, named “House of Dereon.” She currently runs her businesses and investments while looking after her kids. Beyoncé and her husband, Jay-Z, are hip hop's “power couple,” They have three children together, Blue Ivy, Rumi, and Sir Carter. The family lives in a $90-million estate in Bel Air, Los Angeles.

Beyoncé says that she believes her hard work and talent are the driving forces behind her international success. She also says that her success also comes from being in the right place at the right time and the time she spent as a young girl visualizing her future success. We find ourselves wondering if she ever dreamed she would be this successful?

How rich is Beyoncé?

Beyoncé Knowles-Carter has a net worth of more than $500-million, and her husband, Jay-Z, is worth more than $1.3 billion.

Their combined fortune makes them the second richest African-American couple in the United States after the divorce of Kim Kardashian and Kanye West.