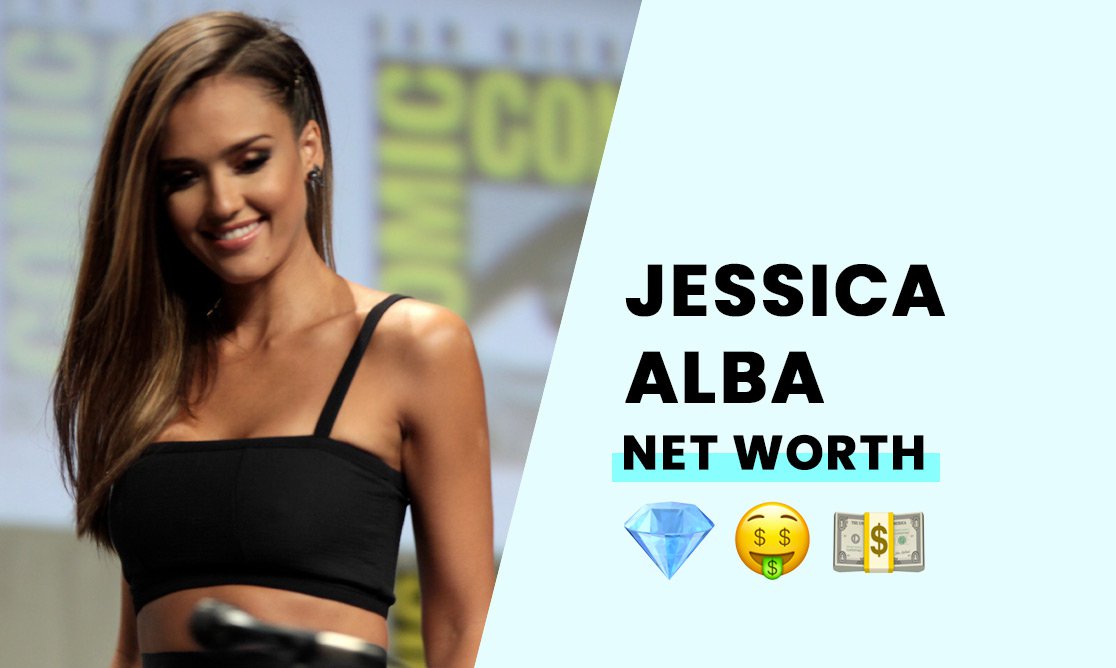 The estimated net worth of Jessica Alba is $200 million.

Jessica is an A-list Hollywood celebrity and music artist, and she is the founder of "The Honest Company."

When her company debuted on the stock exchange, Jessica owned 5.56 million shares, and the company's launch price of $23 per share meant she had a fortune of $130 million on paper.

Born in Pomona, California, on April 28, 1981, Jessica Marie Alba has Welsh, Danish, German, French, and English ancestry on her mother's side, and her father is Mexican. Jessica has a younger brother, Joshua.

Her father had a career in the Air Force, and the family moved around the country a lot when Jessica was young. Jessica spent time in Biloxi, Mississippi, and Del Rio, Texas, before settling in Claremont, California. At the time, Jessica was 9-years old when the family moved to the Golden State.

Jessica knew she wanted to be an actress at the tender age of five. In 1992, she convinced her mom to take her to an acting competition, and she was 11-years old at the time. To her mom's surprise, she won the top prize in the competition, winning free acting lessons. Nine months later, she signed with a talent agency.

Alba started acting in her minor role in the 1994 film "Camp Nowhere" when she was 13. She also had a small recurring role in "The Secret World of Alex Mack," a show airing on Nickelodeon. She also landed roles in TV commercials for Nintendo and JC Penney as a child.

Jessica Alba attended Claremont High School, graduating when she was 16. After completing high school, she attended the Atlantic Theater Company.

How did Jessica Alba build her net worth?

Jessica would get her calling to fame from her role in the TV series "Dark Angel" from 2000 to 2002, and she was 19 at the time. The actress received a Golden Globe award for her work, winning the Saturn Award for "Best Actress" and the Teen Choice Award for "Choice Actress."

Her Hollywood breakthrough came with her role in the 2003 film "Honey." Shortly after the film's success, she rose to the Hollywood A-list. While Jessica had a successful career as an actress, she built the bulk of her fortune by founding "The Honest Company." The company sells household goods and baby products, and Jessica founded the company with Christopher Gavigan.

The company makes over $150 million per year in revenues and employs more than 250 people. The Honest Company went public with its IPO on the NASDAQ in May 2021. At the time of the IPO, Jessica held 5.56 million shares or just over 6% of the company. At the time of launch, her stake was worth $130 million on paper.

Jessica attributes her success to her family and her attitude of never giving up on herself. She also says she owes her company's success to her partnership with Christopher Gavigan. Her daily routine has also been vital to her success.

How rich is Jessica Alba?

With a reported net worth of $150 million, Jessica Alba is a leading A-list Hollywood talent and the CEO of the Honest Company.