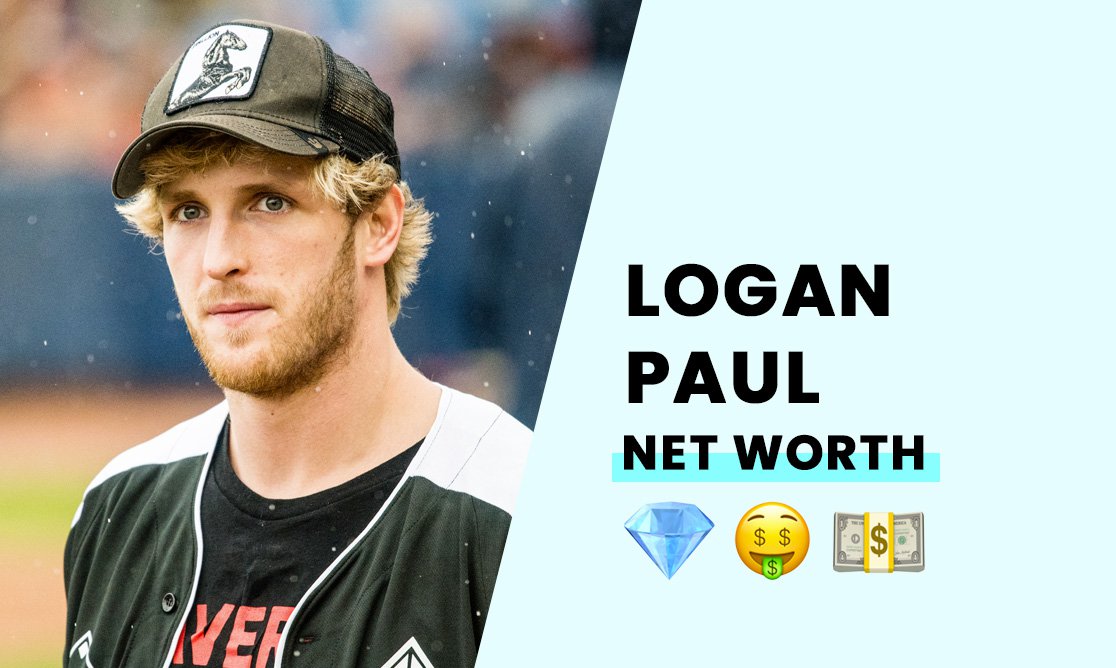 The estimated net worth of Logan Paul is $35 million.

Logan is a YouTuber, amateur boxer, and social media influencer with a huge following. The star got his break on the social platform "Vine," transitioning to YouTube after the platform's failure.

Born on 1 April 1995, Logan Paul is the older brother of influencer Jake Paul. Logan was the first of the two brothers to garner success.

Logan grew up in Ohio, attending Westlake High School. His biggest achievement in high school was landing the linebacker position on the Plain Dealer's All-Star football team in 2012.

Logan was also a talented wrestler, and he qualified for the Ohio High School Athletic Association 2013 Division I Wrestling Individual Championships.

Logan moved to an apartment block in LA to pursue his career on YouTube in 2015.

How did Logan Paul build his net worth?

Logan Paul transitioned from the Vine platform to YouTube, dragging his following with him. He's most known for his prank of visiting the Japanese "suicide forest," where he came across the body of a deceased suicide victim, publishing the video footage on his YouTube channel on new year's eve, 2017.

The post got Logan a lot of hate from his fans and the industry, with Logan eventually apologizing for his transgression. However, the stunt only served to increase his subscriber count on YouTube, accelerating him to superstardom and global infamy.

His channels earn him an annual income of more than $11 million, but his biggest success came from his exhibition boxing match with Floyd Mayweather in 2021. Logan faced off against "The Best Ever," staying on his feet for the duration of the fight, with Mayweather unable to knock him out.

Logan netted a staggering $5.25 million for the fight, a larger purse than most top-ranked professional boxers receive for a championship bout. The fight aired on pay-per-view. However, many of his fans were upset at the result of the fight and Logan's performance.

He also hosts the "Impaulsive" podcast, interviewing celebrities and other influencers.

Logan says that his drive to succeed comes from his brother and family. He's currently training with his brother Jake Paul, and the two athletes are launching their boxing careers. Logan says his dedication to his training brings regiment and structure to his life.

How rich is Logan Paul?

With an estimated net worth of $35 million, Logan Paul is the richer of the two Paul brothers and one of YouTube's biggest creators. He earns over $11 million through his YouTube channels, and he's a heavyweight influencer on all social platforms.