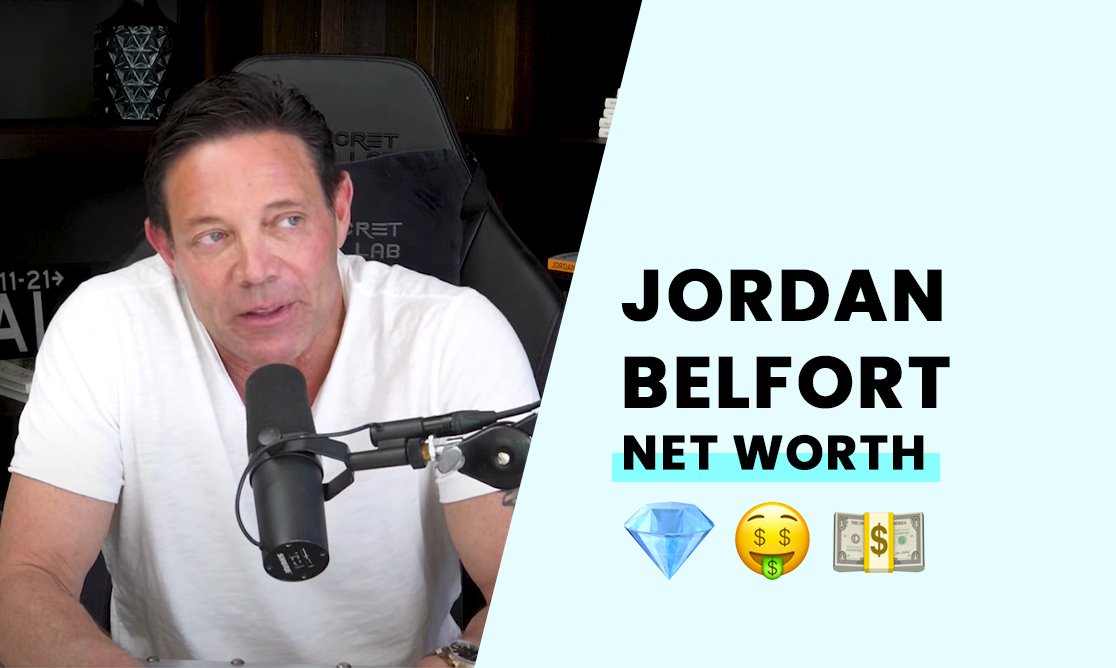 The estimated net worth of Jordan Belfort is minus $100 million.

However, the former salesman and stockbroker claimed bankruptcy to escape his debts, and his current net worth is unknown.

Jordan is one of the most infamous men ever to grace Wall Street, earning the title "The Wolf of Wall Street" due to his unethical sales practices from his days at the helm of his company "Stratton Oakmont."

Born in The Bronx, New York, on July 9, 1962, Jordan Ross Belfort is the son of Jewish parents and spent his youth growing up in Queens, New York. While he was a teen, Jordan started selling ice creams and puka shell necklaces on the beach to earn money.

He held down several sales jobs in his early years, including working for a meat company, where he set the company sales record in the first week of starting with the firm.

Jordan graduated high school, moving onto dental school at the University of Maryland. However, he left during orientation on the first day of class after the professor gave a speech saying dentists will never be rich. He eventually graduated college with a degree in biology from the American University.

How did Jordan Belfort build his net worth?

Jordan studied to be a stockbroker with the legendary Rothschild firm in New York City. However, his first day as a licensed stockbroker was on "Black Monday," on October 19, 1987. With the company closing its doors, Jordan sold "pink sheet" stocks in the OTC market for a firm called "The Investors Center."

Jordan's superior selling skills took him to the top of the company's sales board, earning him around $70,000 per month. However, he sought more from his career, starting his firm, Stratton Oakmont, with his partner Danny Roush.

During his time at the helm of Stratton, Jordan lived a life of excess. He was notorious for creating the "Straight Line Persuasion" sales system, using it to train his team into a squad of "killers." However, Jordan was an unethical broker, landing in trouble with the SEC for countless violations.

He eventually ended up in prison, where his cellmate, Tommy Chong from the "Cheech and Chong" moves, convinced Jordan to write a book about his life experience.

Legendary film director, Martin Scorsese, bought the film rights to the book from Jordan, producing the movie "The Wolf of Wall Street," starring Leo DiCaprio as Jordan and Margie Robbie as Jordan's wife. Today, Jordan runs a podcast on YouTube, and he's a successful sales trainer.

Jordan lived a life few people could dream of attaining. He says he doesn't regret any of his past decisions, and he believes America is the best country in the world. He states that it's the only country where you can earn millions, go to jail, and return to remake your fortune. You might call that resilience.

How rich is Jordan Belfort?

Due to his lawsuits with the SEC, Jordan does not disclose his net worth. Official sources say he has a negative net worth, but the reality is that he uses shell companies and corporations to keep his money away from his creditors.

Is Jordan Belfort a millionaire?

He used to be very wealthy at the height of being The Wolf of Wall Street. From our research Jordan Belfort's net worth is no longer enough to make him a millionaire.

Is Jordan Belfort a billionaire?

Jordan Belfort is not a billionaire.

Jordan Belfort was not born into wealth.