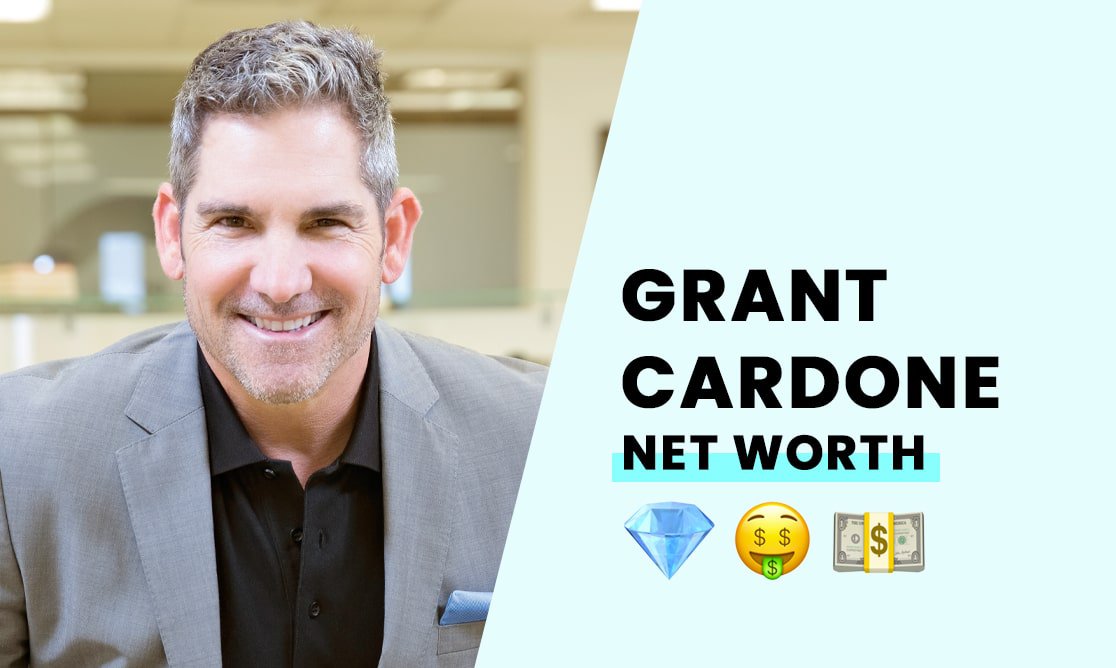 The estimated net worth of Grant Cardone is $300 million.

Grant is a successful real estate investor and sales trainer. Grant is an accomplished author with eight books under his belt, and he is the CEO of several companies in Grant Cardone Enterprises.

Born in Lake Charles, Louisiana, on March 21, 1958, Grant Cardone is the son of Curtis and Concetta Cardone, and both of his parents are deceased. Grant is the fourth of five kids, and he has a twin brother named Gary. The family grew up in near poverty in Louisiana.

Grant is also an "OT 8" member of the Church of Scientology and one of its biggest celebrity donors. He credits Scientology with his real-world education and says he owes his life and wealth to the organization's founder, El Ron Hubbard.

How did Grant Cardone build his net worth?

After completing college, Grant moved to Chicago, Illinois, in 1987. After spending years as a car salesman in Texas and California, Grant opened a sales training company in Los Angeles. During his career as a car salesman, Grant would develop a drug problem, forcing himself into rehab.

Grant recalls driving to start his new life in California, with nothing but a mattress strapped to the roof of his car. Little did he know that he would earn his first million dollars just five years after leaving rehab.

After getting clean, Grant would go on to open a sales training company, using his profits to start investing in real estate. Grant would go on to film a series, "The Turnaround King" in 2011, where he would help business owners turn their company's away from bankruptcy, helping them become profitable businesses.

After his success with the show, Grant launched his career as a sales trainer. Grant authored several sales books, including "Sell or Be Sold," "If You're Not First, You're Last," "The Closers Survival Guide, and "The 10X Rule." The 10X Rule saw him garner international fame, and he launched the "10X Conference."

While many people see Grant as a sales trainer, he built the bulk of his fortune through his real estate investments. Grant currently owns Cardone Enterprises, Cardone Training Technologies, Cardone Acquisitions, and The Cardone Group.

Grant attributes his success to his hard work and his understanding of money. He is famous for writing his goals down every morning and night, giving him the focus he needs to succeed.

He also credits the Church of Scientology and El Ron Hubbard's many literary works for helping him beat his drug addiction and start his path to success.

How rich is Grant Cardone?

With a reported fortune of $300 million, Grant Cardone is a successful sales trainer and speaker and a real estate titan. He lives in Miami with his wife, actress Elena Lyons, and their kids Sabrina and Scarlett.