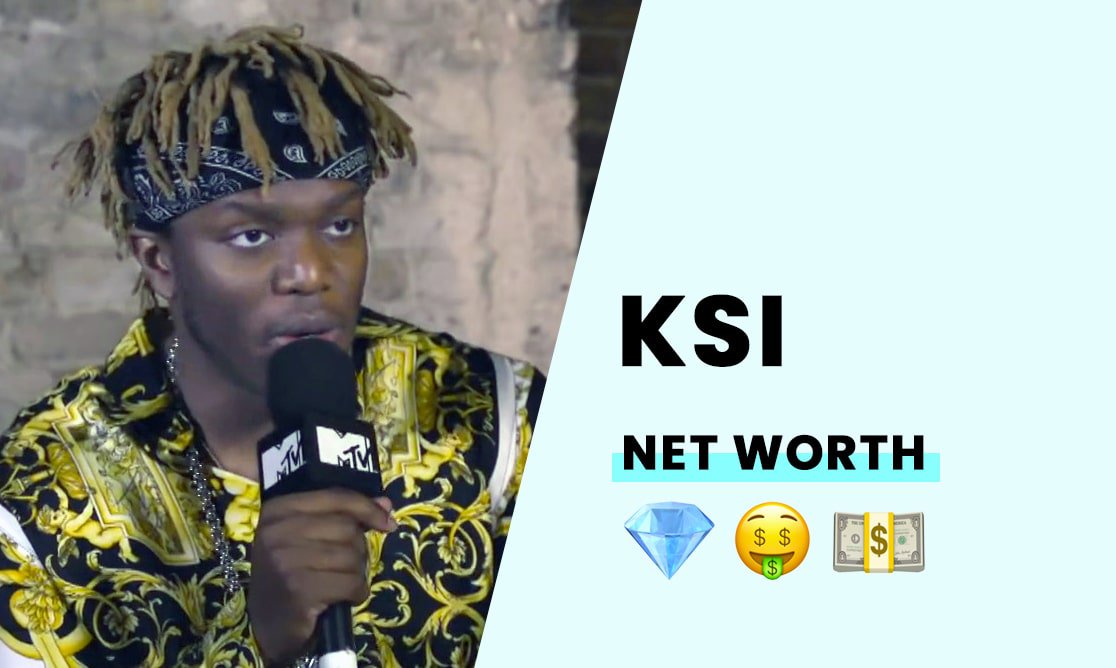 The estimated net worth of KSI is $15 million.

KSI is an English Rapper, YouTuber, influencer, and actor. He started streaming his FIFA games on YouTube and went on to earn over 4 billion views.

Born on the 19th July 1993, in Watford, England, KSI (real name Olajide William Olatunji) grew up in England. KSI's father, Jide, is Nigerian, and his mother, Yinka, is English, growing up in Islington. London, where she met KSI's father. KSI and his younger brother, Deji, started their YouTube accounts as teenagers.

The brothers received the number one and two spots respectively in the 2015 Tubular Labs "UK's Most Influential YouTube Creators." However, KSI's brother didn't appreciate his brother landing ahead of him, and he infamously decided to release KSIs bank account information on air for revenge.

Berkhamsted Boys School where he would meet Simon Minter, his future content collaborator and a member of "Sidemen."

KSI decided to drop out of high school before graduation to chase a career as a YouTuber. His decision did not sit well with his parents due to their belief in higher education. KSI and his brother both did not graduate high school.

How did KSI build his net worth?

KSI started his YouTube channel in 2008, focusing on streaming his FIFA games. He grew a large following on the platform and diversified his content and career. He started rapping in 2012, using his YouTube channel and audience to promote his music.

KSI released his songs through YouTube and iTunes, gaining success with the single, "Heskey Time." The track had a football theme, and KSI collaborated with Randolph, a fellow YouTuber, on the song. He followed up the success of Heskey Time with "Lamborghini," "Two Birds One Stone," and "Down Like That."

KSI was also one of the original creators responsible for igniting the feud between TikTokers and YouTubers. It led to a trend of amateur boxing matches featuring influencers from both platforms. KSI fought Tik Tok star Joe Weller in 2018 and fought Logan Paul later that year, with the fight ending in a draw.

The pair would fight again in 2019, with KSI winning the revenge bout against Paul in a split decision. The coverage of the match earned the duo a small fortune in PPV money, and the trend continues to this day, with many YouTubers and TikTokers earning millions of dollars from the annual showdown.

By the age of 24, KSI invested in a 10,000 square foot mansion, a penthouse in London, and he bought himself a Lamborghini, fulfilling one of his childhood dreams.

KSI believes he got lucky by being able to follow his passion. He said he had no idea he would end up such a big star on YouTube, and it was his commitment to his channel and his posting schedule that were the defining factors earning him superstar status on the platform.

How rich is KSI?

With a net worth of $15 million, KSI is a successful YouTuber and influencer - using that influence to make bank.