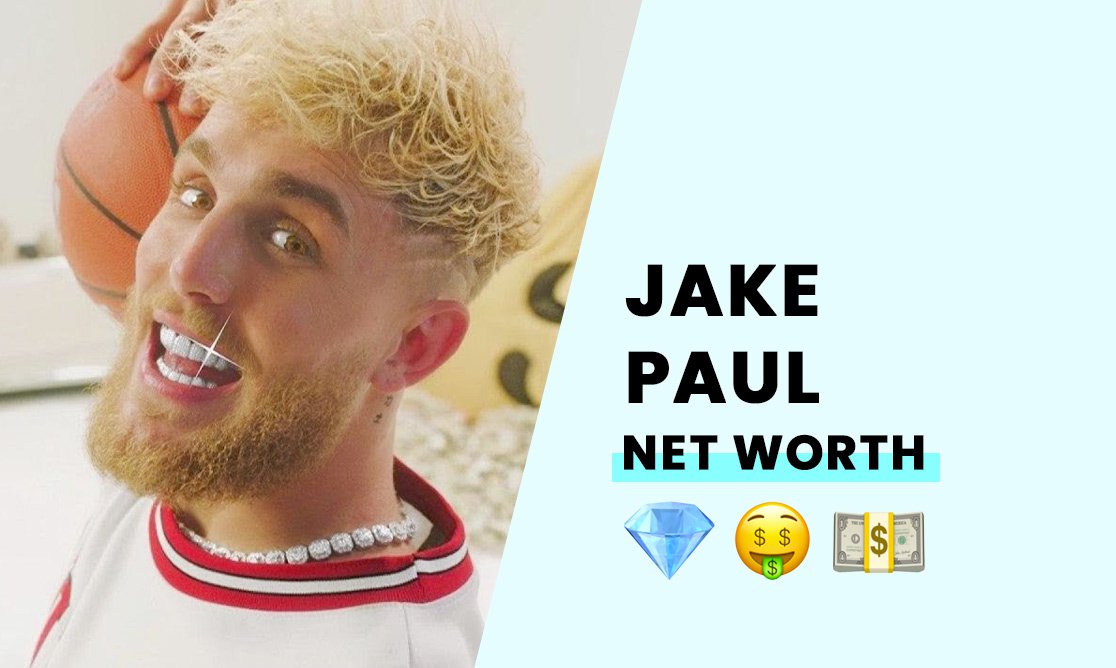 The estimated net worth of Jake Paul is $30 million.

Jake is a social media influencer and boxer, best known for his tongue-in-cheek style of content creation. He is the younger brother of Logan Paul and one of the biggest YouTubers on the platform.

Born on January 17, 1997, Jake Joseph Paul in Cleveland, Jake and his brother Logan grew up in Westlake, Ohio. His parents, Pamela Ann Stepnick and Gregory Allan Paul, raised the boys in a middle-class home.

Jake attended Westlake High School with his brother, dropping out before graduating to chase a career as a social media influencer and professional boxer.

How did Jake Paul build his net worth?

Jake Paul started his rise to fame on the social media platform Vine. Before Twitter abandoned the app, Paul had 5.3 million followers and over 2-billion views on Vine. After the closure of Vine, Jake started a YouTube channel on May 15, 2014.

Paul also landed a part on the Disney Channel series "Bizaardvark." He made his departure from the show during the second season of the series in 2017. Jake rapidly gained a reputation on YouTube for his outlandish pranks.

He was in the news in 2016 due to neighbors complaining about the noise from his home and pranks taking place in the neighborhood. In 2017, Paul seeded the company "Team 10" with $1 million of investor funds from Horizons Alpha, Danhua Capital, Vayner Capital, Adam Zeplain, and Sound Ventures & A-Grade Investments. The company focuses on influencer management services and teen entertainment.

2017 also saw the release of Paul's debut music video, "It's everyday, bro." The video quickly became the third most-disliked video of all time on YouTube. Regardless of the audience response to the video, the track ended up at number 91 on the Billboard Hot 100, with a platinum certification from the Recording Industry Association of America (RIAA).

Paul spent the next three years trying to boost his music career before starting as an amateur boxer. Jake followed in Logan's footsteps, training as a boxer, with his first fight being Deji Olatunji, the younger brother of KSI, a YouTuber engaged in a fight with his older brother Logan.

Jake's boxing career sees him undefeated, with a notable win over Tyron Woodley, a former UFC welterweight champion in MMA. Jake reportedly earned $2 million for his fight against Woodley.

Jake Paul is a young and enthusiastic guy. However, over recent years, he and his brother started to take their boxing seriously.

As a result, they live a lifestyle where they party as little as possible and train daily.

How rich is Jake Paul?

With a fortune of $30 million, Jake Paul is one of the biggest YouTubers on the platform, and his influence continues to grow with the antics of his pro boxing career.

Earning $2 million a fight, even as an unranked professional, sees Jake earn more than established boxing names due to the weight of his name and the crowd he draws to these events.