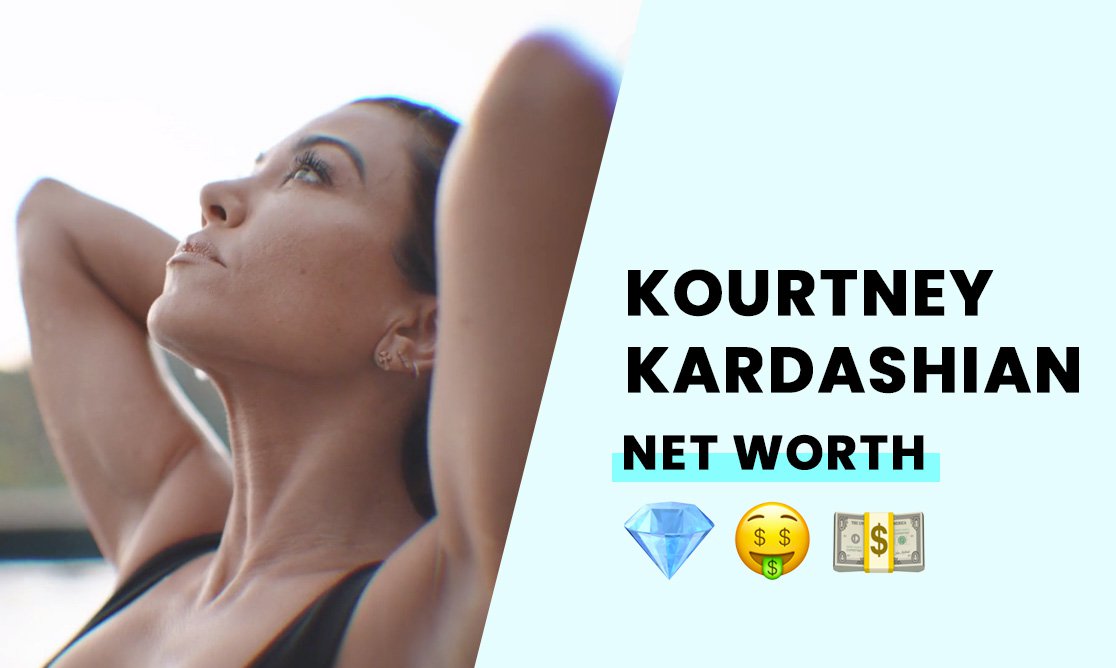 The estimated net worth of Kourtney Kardashian is $65 million.

Born on April 18, 1979, in Los Angeles, California, Kourtney Mary Kardashian is the eldest child of the late Robert Kardashian and Kris Jenner.

Kourtney has two half-sisters from her mother's second marriage, Kendall and Kylie. Kourtney's father is also known for his role in defending ex-football superstar O.J Simpson during his murder trial in 1994.

Kourtney says her father's notoriety from the trial took a considerable toll on the family.

However, she transferred to the University of Arizona in Tucson after completing her freshman year.

Kourtney graduated from the University of Arizona in 2002 with a BA in theatrical arts. Luke Walton and Nicole Richie were two of her more notable university classmates.

Kourtney Kardashian was in a long-term relationship with Scott Disick, with whom she had three children.

How did Kourtney Kardashian build her net worth?

Kourtney started her acting career with the hit reality TV show "Filthy Rich: Cattle Drive," airing in 2005. However, she experienced international fame with the launch of "Keeping Up with the Kardashians" in 2007.

The show featured an inside look into the family's lives, focusing on her younger sister, Kim. The show aired on E!, becoming a smash hit. The program resulted in several spinoffs for her sisters, and it's still on the air today.

Kourtney decided to open a boutique selling clothing for kids called "Smooch" in her hometown of Los Angeles. After the store's success, she opened a second in New York City in partnership with her mother, Kris Jenner.

Kourtney also operates another clothing business with Khloe and Kim, DASH Clothing, with stores in LA. Miami, and New York. Additionally, she released a range of clothing for the Bebe brand in partnership with her sisters.

Kourtney believes that when she sets her mind on a target, she will do anything she needs to make it a reality.

She believes in the power of mentorship and surrounding herself with clever people that help her guide her business interests.

She has a close inner circle and counts fellow influencer Addison Rae as one of her closest friends. Kardashian disregards anyone that doesn't fall into this group, limiting the distractions in her life and allowing her to focus on success.

How rich is Kourtney Kardashian?

With a reported fortune of approximately $65 million, Kourtney is the second wealthiest Kardashian sister, behind Kim.

Is Kourtney Kardashian the wealthiest Kardashian?

No. Although she is the eldest of the sisters, her wealth is eclipsed by that of Kim and Kylie.

Yes. Kourtney Kardashian's father, the late Robert Kardashian, was a wealthy attorney with a significant net worth.