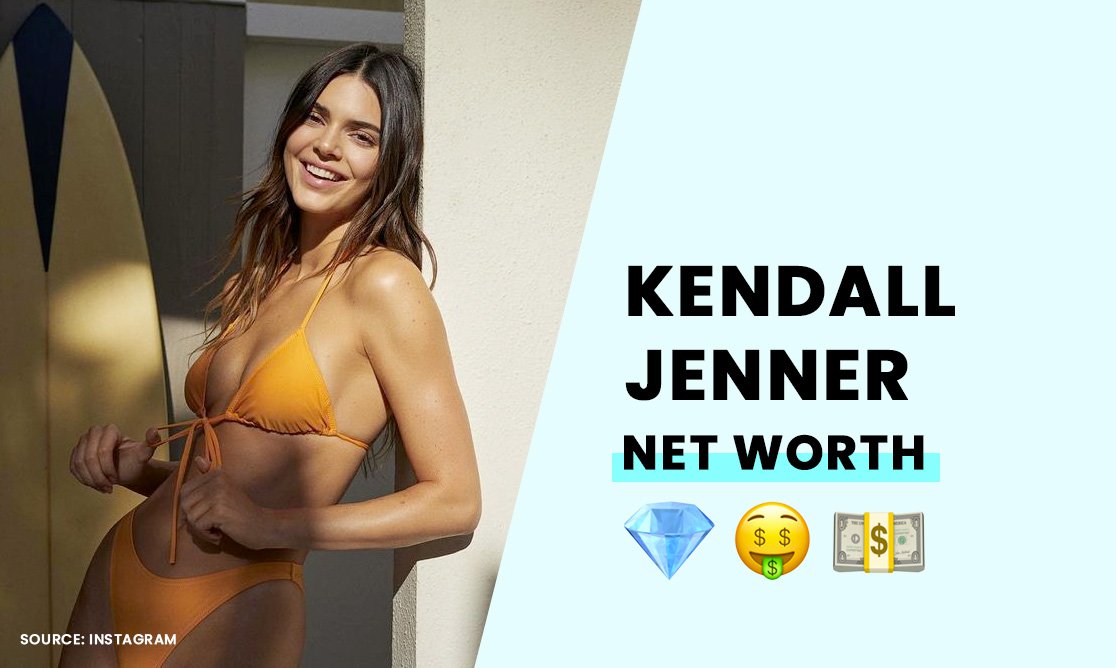 The estimated net worth of Kendall Jenner is $45 million.

Kendall Jenner is a fashion model and reality TV star, best known for her role in "Keeping Up with the Kardashians." She's the older sister to Kylie Jenner.

Kendall Nicole Jenner was born on November 3, 1995, in Los Angeles. Kendall is the daughter of Olympic decathlon medalist Caitlyn and Kris Jenner. Kendall is part of a large family, with eight half-siblings from her parent's marriages.

Her family is one of the most-known names in American media. She is the older of the Jenner sisters and has half-siblings in Kourtney, Kim, and Khloé Kardashian, appearing alongside her on the reality TV show, "Keeping Up with the Kardashians."

The star grew up in Calabasas, California, and the family now lives in a mansion in the prestigious neighborhood of Bel-Air.

Kendall Jenner briefly attended Sierra Canyon School before her parents decided to homeschool her. The homeschooling allowed Kendall to pursue a career in modeling, but she managed to graduate with her high school diploma in 2014.

How did Kendall Jenner build her net worth?

Kendall Jenner built her wealth through her appearances on "Keeping Up with the Kardashians." She also has several lucrative modeling deals with leading publications and brands like Vogue Magazine.

Kendall is one of the world's highest-paid models, earning a staggering $10-million in income between 2015 and 2016, doubling her earnings from the previous year. The model also earned another $10-million between 2016 and 2017.

Between 2017 and 2108, Kendall doubled her earnings again, receiving $22-million from her modeling career and entrepreneurial endeavors.

Between June 2017 and June 2018, she earned $22 million. In 2019 she earned around $12 million from her various endeavors. Kendal earns her income through endorsement deals, appearance fees, social media posts, and modeling. According to her agents, Kendal will charge anything from $100,000 to $150,000 for a single Instagram sponsored post.

She has several lucrative deals with brands like Estee Lauder, Calvin Klein, Fendi, Marc Jacobs, and many more. Kendall is one of the top 15 influencers on Instagram, and she has a sizable real estate portfolio.

Her first real estate acquisition was in 2014, purchasing a condo in Westwood for $1.3 million; she sold her Hollywood home in 2017 for $6.85 million. Her latest acquisition was a five-bed home in Beverly Hills. The influencer spent $8.55 million on the deal.

Kendall attributes her success to her family. She says that her siblings are a source of inspiration and the role model for her success. She has a close connection to Kim and Kylie, and she was one of the biggest stars on "Keeping Up with the Kardashians."

How rich is Kendall Jenner?

With a reported wealth of $45-million, Kendall Jenner is the older of the Jenner sisters, and her net worth is far behind that of her younger sister, Kylie. Kylie reached billionaire status before seeing her wealth slip under the billion-dollar mark.