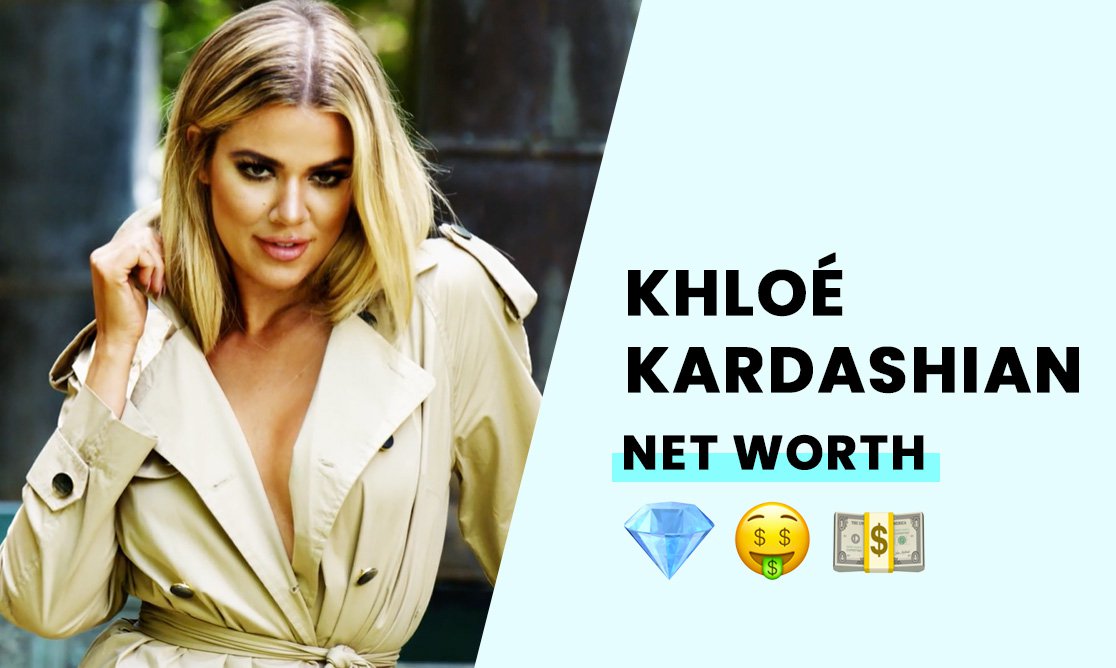 The estimated net worth of Khloé Kardashian is $50 million.

Khloé also earns around $15 million each year in endorsement salary, and she's the lesser-known of the Kardashian sisters. Khloé Kardashian is an American reality TV star, model, and socialite, best known for her role in the TV show "Keeping up with the Kardashians."

Born on June 27, 1984, in Los Angeles, California, Khloé Alexandra Kardashian is the daughter of Kris and Rob Kardashian. Her mother was a homemaker, and her father an attorney. Her parents divorced in 1991, with her mother remarrying to Caitlyn Jenner (formerly Bruce Jenner), the Olympic decathlon medalist.

Notably, Khloé's biological father, Rob Kardashian, was infamous for defending ex-football star O.J Simpson during his murder trial in 1994. He passed away from esophageal cancer when Khloe was 21.

In 2001, Khloé suffered a severe mTBI (Mild Traumatic Brain Injury) after she was in a car wreck that resulted in her being launched through the windshield, resulting in a concussion and memory loss.

Khloé Kardashian attended Marymount High School, a Catholic all-girls school in Los Angeles. However, after her sisters graduated, she dropped out of high school in favor of homeschooling to be closer to her sisters. She eventually earned her GED, graduating when she was 17-years old.

How did Khloé Kardashian build her net worth?

Like the rest of the Kardashian and Jenner sisters, Khloé shot to superstardom after the 2007 debut of their hit reality TV show, "Keeping Up with the Kardashians." Khloé teamed up with her sister for the spin-off show, "Kourtney and Khloé Take Miami," documenting the foundation of their fashion brand, DASH.

Khloé also appeared in the spin-offs "Khloé & Lamar" and "Kourtney & Khloé Take the Hamptons." The show lasted one season, with ten episodes in total.

Khloé also garnered attention from her role in "Celebrity Apprentice" during 2009.

She is a huge influencer on Instagram, and she also earns through her sponsorship and endorsement deals with brands using her as a mouthpiece on the platform.

Khloé says that she learned to start scheduling her day early in her career. The influencer thinks she would be unmanageable and lost without her schedule, and she plans her day in 5-minute segments to ensure she achieves everything on her agenda.

She accounts for everything she does through her schedule, and the practice brings her confidence and a sense of peace. Her scheduling habits were inspired by her mother, Kris. A typical day for Khloé begins at 4:30 AM with a workout at the gym before returning home to spend time with her daughter.

How rich is Khloé Kardashian?

With an estimated fortune of $50 million and an annual salary from her company of $15 million, Khloé Kardashian is part of a very successful influencer family.