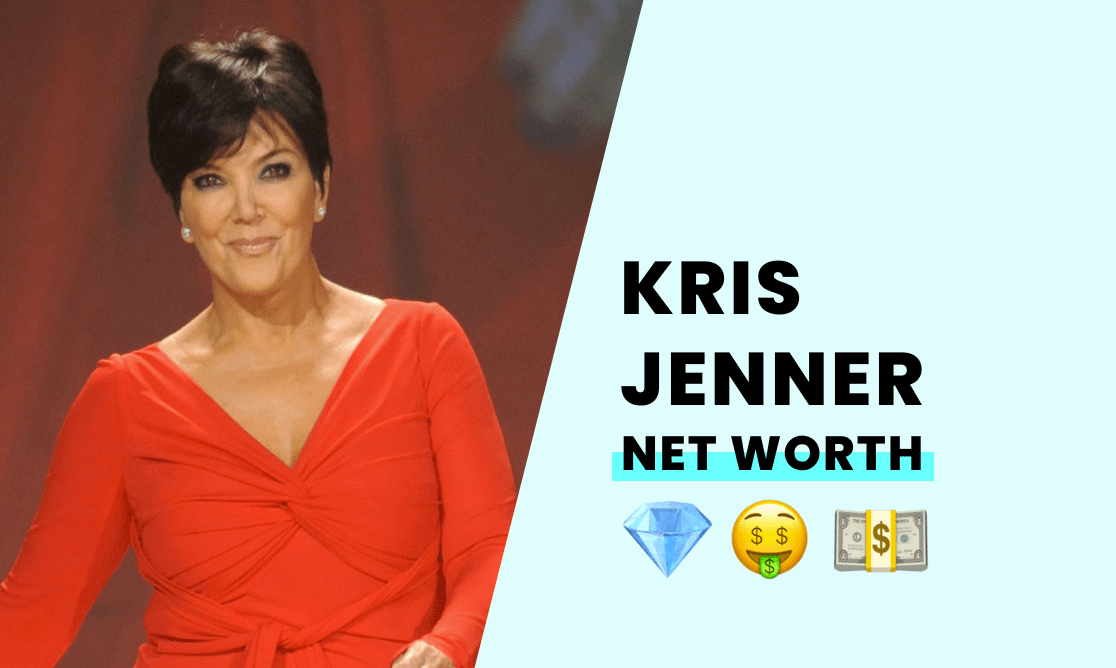 Kris Jenner's net worth is estimated at approximately $170 million.

How did Kris Jenner build her net worth?

Kris Jenner's net worth of around $170 million comes from managing her children's careers.

She is a reality TV star, producer, media personality, author, and mother to Kim, Kourtney, Khloe, Kylie, and Kendall.

Jenner has several income streams. As the Kardashian sisters' manager, she receives a 10% cut of their earnings. She also earns from the sales of a cookbook titled "In the Kitchen with Kris: A Kollection of Kardashian-Jenner Family Favorites" and a memoir. She has monetized her hundreds of thousands of followers on social media with paid product endorsements and advertising deals.

In 2007, Ryan Seacrest floated the idea of producing a reality TV show covering Kris and her family's day-to-day lives as celebrity influencers, and "Keeping Up with the Kardashians" was conceived. The first show aired in October 2001 and earned the accolade of being one of the longest-running reality series with worldwide reach. Forbes reported that she earned around $100,000 per episode.

How has Kris Jenner spent her wealth?

In 2020, Jenner moved into a 16,000-square-foot mansion in Hidden Hills, Los Angeles, which is reported to have cost an estimated $20 million.

She also bought a 14,500-square-foot holiday home for the family in La Quinta, California. It cost $12 million to acquire.

She also loves to throw lavish parties. Her Christmas eve parties are spectacular affairs, costing tens of thousands of dollars to put on.

The Kardashians are no strangers to plastic surgery, including Kris, who has had Botox, fillers, laser treatments, boob jobs, a facelift, and more. She also paid for a facelift for her very close friend Sheila Kolker.

How rich is Kris Jenner?

Kris Jenner has a net worth of $170 million, making her a seriously rich lady.

No, Kris Jenner was not born rich. Kris had a challenging childhood. Her father had a toxic personality and always fought with her mother. Her parents separated when Kris was seven.

Kris Jenner worked for a donut store and then as an American Airlines flight attendant for several years before striking it rich.

How much did Kris Jenner make per episode of KUWTK?