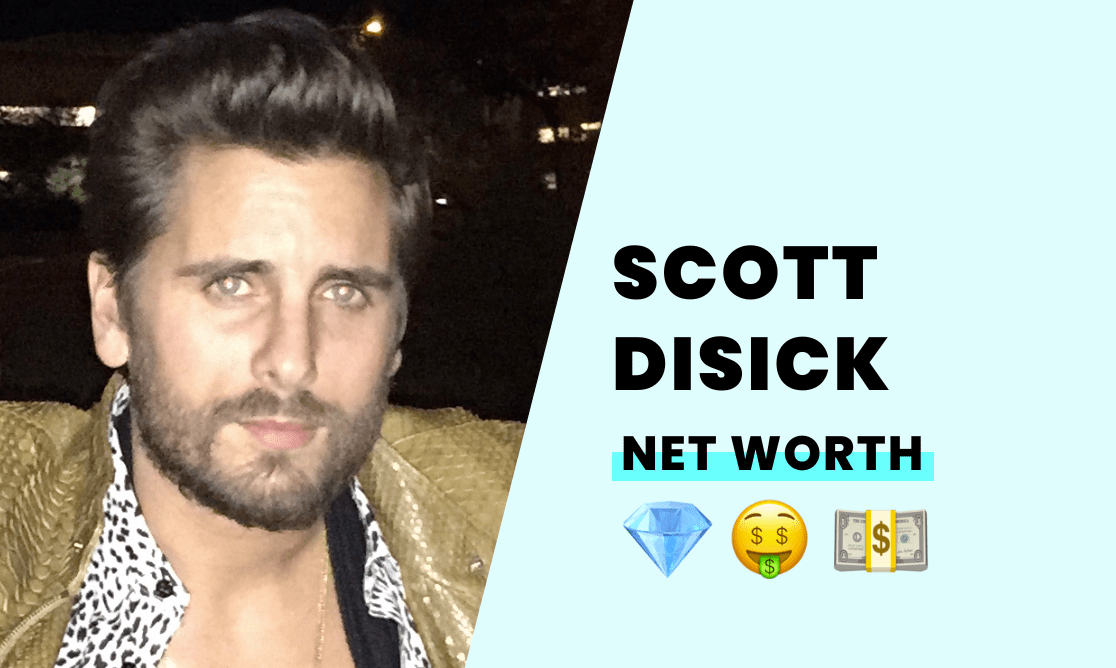 Scott Disick's net worth is estimated at approximately $45-50 million.

How did Scott Disick build his net worth?

Scott Disick's net worth has come from his various business interests, including flipping real estate, his fashion line, his various health and supplement brands, appearance fees, and as an influencer.

He is most famous for starring as then-girlfriend Kourtney Kardashian's main squeeze in "Keeping Up with the Kardashians" and one of its spinoffs. He has appeared in every one of the 20 seasons, reportedly earning a whopping $500,000 per episode. From 2011 to 2012, Disick, Kourtney, and Kim starred in a spinoff series called "Kourtney and Kim Take New York."

Disick enjoyed tremendous popularity on both of those successful reality TV shows, which led to his show on E! Network called "Flip it Like Disick," where he was paid handsomely for renovating and selling mansions. Sadly for him, that only lasted eight episodes. In addition to featuring in reality shows, Disick has pursued multiple business ventures, including starting a clothing brand, attending nightclubs, and running numerous vitamin companies.

In real life, Disick has a talent for renovating and flipping real estate and, from all accounts, has made some serious money from it. According to TMZ, Disick invested $3.25 million in a mansion in April 2018 and then listed it for $7 million post-makeover. That’s a tidy profit.

Appearance fees were an incredibly lucrative income stream for celebrities. Disick is no exception, reportedly earning between $70,000 to $80,000 per night just for turning up at the place-to-be-seen events and spending an hour there. While his appearances are mostly in the USA, he earned $250,000 for a series of appearances in the UK.

He opened a restaurant in New York City's Meatpacker District called RYU, which, although hyped in the media, was received badly by critics. Disick sold off his shares in 2012.

In 2019, Scott launched "Talentless," his affordable luxury clothing brand. In 2022, following in the footsteps of Kendall Jenner, he released his own brand of luxury champagne, Leo de Verzay Champagne.

He had a hand in the beauty and supplements brands QuickTrim, Rejuvacare, and Monte Carlo Perpetual Tan.

Would anyone be surprised if we said Scott Disick earned a lot of money as a social media influencer with nearly 28 million followers on Instagram alone?

How has Scott Disick spent his wealth?

A bit of a speed freak, Scott cannot get enough of buying and souping up luxury, high-end cars.

He has owned the following: a McLaren 720S for a cool $350,000, and to which he added a top-of-the-range Armytrix Exhaust, which substantially increased the horsepower. Also in the stable of luxury rides are a Ferrari F8 Spider and Ferrari 812 Superfast, a Lamborghini Urus Widebody — one of the fastest SUVs in the world — a $350,000 custom-made Lamborghini, a Rolls-Royce Cullinan costing around $450,000, a Ferrari 488 GTB, a 458 Spider, Lamborghini Murcielago and Aventador, Bugatti Veyron, Rolls-Royce Phantom Drophead, and a BMW i8.

If that doesn’t convince you that Disick is a hopeless petrolhead, nothing will.

In 2016, Scott Disick bought his Hamptons-feel home in Hidden Hills, Los Angeles County, to the tune of nearly $6 million, according to several sources.

How rich is Scott Disick?

Scott Disick has a net worth of around $45 million.

An only child of a property developer, he had a very comfortable upbringing but was not born with a silver spoon in his mouth.