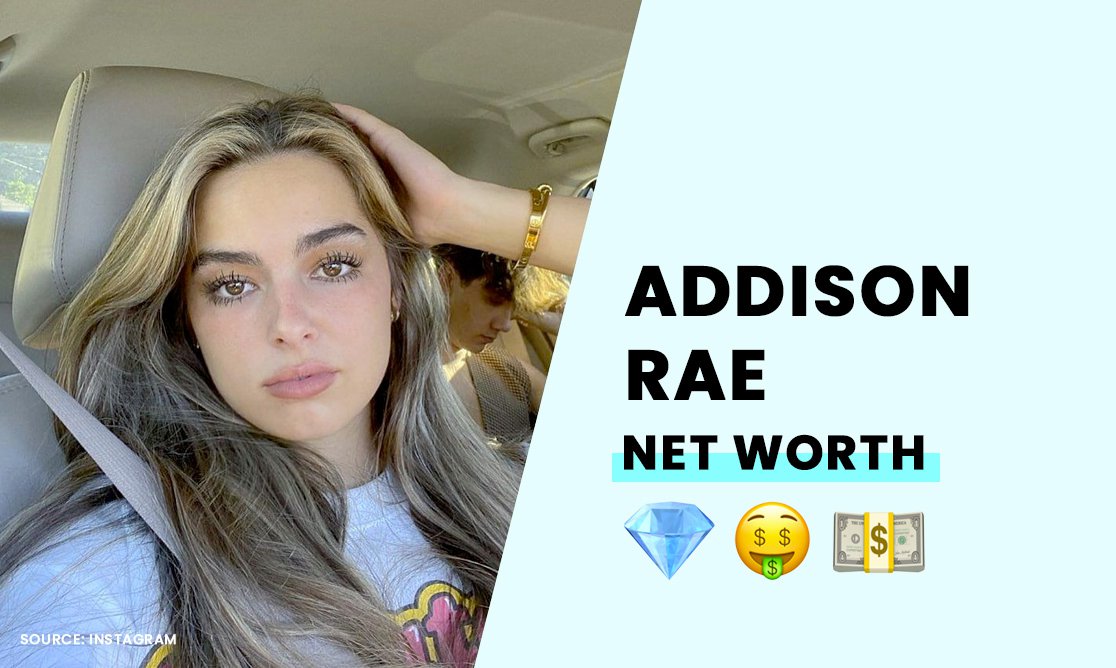 The estimated net worth of Addison Rae is $8 million.

Addison Rae is a TikTok star and internet personality, with one of the largest followings on TikTok and a successful podcast that she runs with her mother.

Addison Rae Easterling was born on October 6th, 2000, in Lafayette, Louisiana. Addison's parents divorced when she was a child, but the couple remarried in 2017.

Addison grew up with two brothers in a Christian home, starting dance classes at age six. She started competing in dance competitions around the country at an early age.

Addison attended Calvary Baptist Academy in Shreveport, Louisiana. After graduating from high school, she went on to study at Louisiana State University, majoring in sports broadcasting.

However, the star found the TikTok platform and began releasing content. She quickly rose to the top of the influencer tier on the site and dropped out of university to pursue a career as a TikTok star and entertainer.

How did Addison Rae build her net worth?

Addison earned her fortune on TikTok as one of the site's biggest influencers. In 2020, she broke the record for the highest-earning influencer on the platform. Her pre-tax earnings from her influencer status grossed her $5 million beating her nearest competitor, Charli D'Amelio, by a staggering $4 million.

Addison earned her fortune through merchandise sales, sponsorships, and production deals. The star rose to fame by publishing dance videos on TikTok, amassing more than 80-million followers in the first year on the platform. She also has a successful YouTube channel.

Addison expanded her influence from TikTok to her podcast, "Was that Fun?." She uses the podcast to talk with her mom about pressing issues in her life. The star took a brief hiatus after concluding the first season, and she returned to Spotify in May 2021 for the second season.

The star signed with the WME Talent Agency in 2020, and she has massive followings on Instagram and Facebook and her primary social account on TikTok. 2021 saw the release of her first hit single, "Obsessed. "She also starred in the Netflix remake of "She's All That," titled, "He's all That."

Addison says that she gets her inspiration to succeed from her mom. The star has a close relationship with her mother, and they love talking about her life on her podcast, with her mom giving her advice on how to handle life scenarios.

The star says she knew she wanted to be a dancer and celebrity from an early age. She attributes her fast-moving success from being one of the platform's early adopters, jumping on trends to get her name out into the market.

How rich is Addison Rae?

With a reported wealth of $8 million, Addison Rae is one of the biggest stars on Tik Tok and the highest-paid creator on the platform. The star has several brand deals and sponsorships, and she has a sizable investment portfolio managed by her mother.