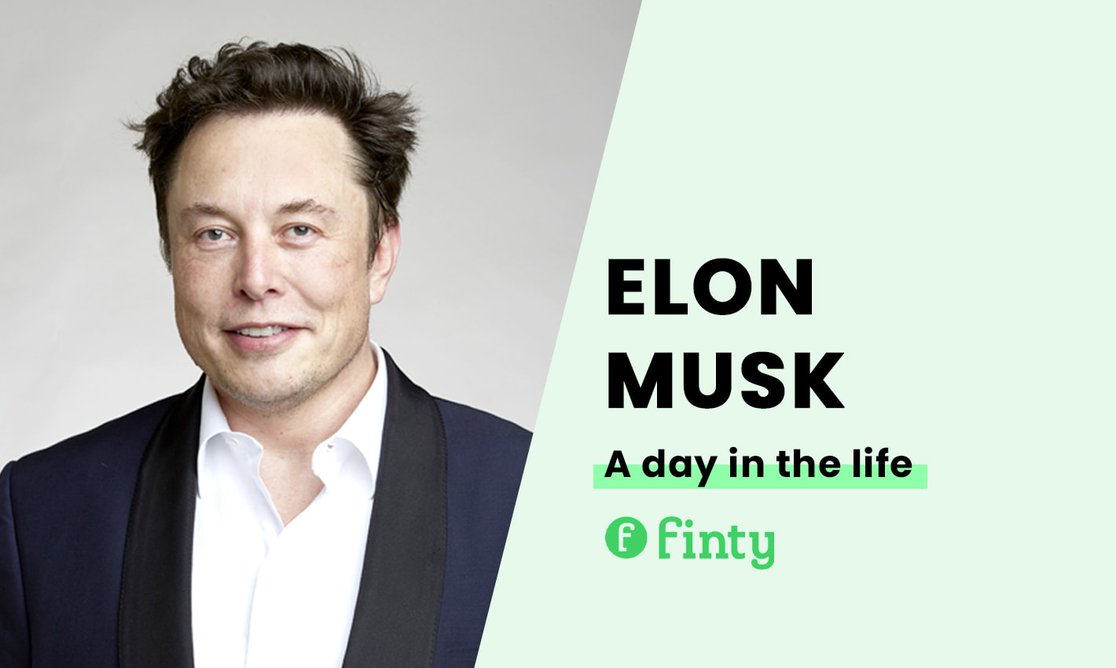 The man, the myth, the legend. Elon Musk is one of the most interesting CEOs in the world. This South African tech mogul leads the way in the EV and renewables markets, and he’s also behind Space X, the company promising to make space travel a reality, even for the average person.

It would be fair to say he has some lofty goals set to a notoriously aggressive optimistic schedule — referred to as "Elon time" — which often doesn't go to plan.

However, he’s a successful entrepreneur responsible for building some of the world’s most innovative technology, rivaling Steve Jobs for the title of most innovative.

Today, he splits his time between running his companies: Tesla, SpaceX, The Boring Company, and Neuralink.

His day is organized into 5-minute-long segments, and he often works so hard that he skips meals. Bill Gates is also known to employ this rigorous way of scheduling workdays.

Musk is known to spend the night sleeping on the production floor or in a conference room just to eke out productivity gains.

So, what does the daily schedule of the real Tony Stark look like?

Elon is one of the richest people in history. Find out how Elon Musk built his net worth.

Musk wakes up each morning at around 7 am.

He says he likes getting around six to six-and-a-half hours of sleep per night.

Sleeping in is not an option for him, saying it affects his performance more than if he sleeps less.

After getting up, he showers, dresses, and enjoys a morning cup of coffee.

However, he says he is usually in such a rush that he skips breakfast most days.

On the days he does eat breakfast, he likes an omelet.

In a Reddit AMA, he mentioned that showering is the most important part of his day.

He says that he doesn’t feel in the right headspace without his shower, and it’s a critical part of waking up and preparing him to face the challenges of the day.

Next, he sends his kids off to school and drives to work.

Musk claims he regularly works 80 to 100-hour workweeks, with most of his skillset being focused on design and engineering work.

Approximately 90% of his time at SpaceX involves design work, and it takes up 60% of his day at Tesla.

He’s an efficient multi-tasker who doesn’t attend to emails and forgoes most of his phone calls.

Mondays and Fridays are spent at SpaceX in Los Angeles or Boca Chica, and the rest of the week at Tesla or Twitter in San Francisco.

Since he is so busy — and by his own confession — he doesn’t pay as much attention to his nutrition as he should, although he has said he intends to improve his diet and exercise regime after unflattering images of him were published on vacation in Greece.

If Musk does take lunch, he’ll usually wolf it down during an afternoon meeting.

He has a reputation for being ruthlessly efficient in the workspace, and he demands the same of his employees.

His time in the afternoon involves meetings and working on design projects.

He is known to leave meetings abruptly if he thinks his time is being wasted. Unnecessary meetings are actively discouraged in the pursuit of productivity.

Since Musk often gets into a flow state where hours pass by without him noticing, he relies on his stringent scheduling to keep him on track with his priorities.

Since the birth of his child "X Æ A-12" (yes, that's the kid's name), Musk decided to scale back on his hours to get more quality time with Grimes and his kids.

As a result of his hectic schedule during the day, he consumes most of his calories at night.

He uses business dinners to satisfy his hunger, and he admits to eating too much.

Musk has an affection for Diet Coke, claiming that the beverage contains "some infernal ingredient."

When Musk does eat, he enjoys French food and barbeque. He also enjoys whiskey or wine from time to time.

He returns from work at around 10 pm each night — long after the younger kids are in bed — then spends the next few hours reading, and watching anime (Evangelion and Death Note).