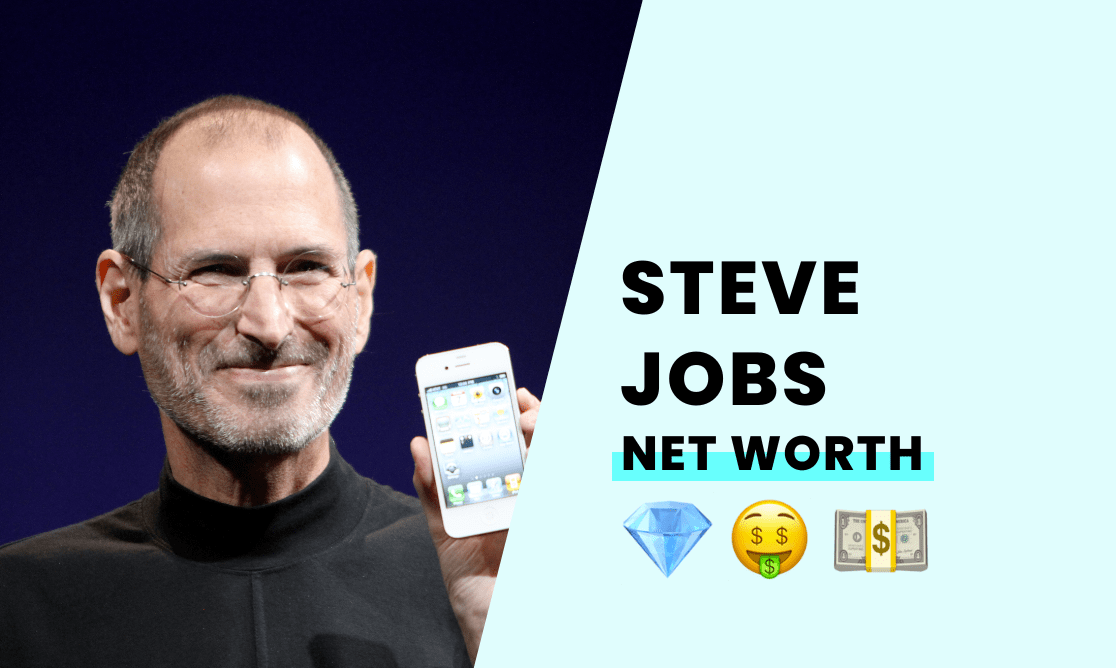 Steve Jobs was born in San Francisco on February 24, 1955, to Joanne Schieble, a speech therapist, and Abdulfattah Jandali, a Syrian political science professor.

Soon after birth, his biological parents put him up for adoption, initially intending to find a couple that was "Catholic, well-educated, and wealthy." After a change of mind, the baby was adopted by Paul and Clara Jobs. The couple subsequently also adopted Steve's sister Patricia in 1957.

In 1959, after the family moved to Mountain View, California, Paul built a workbench in their garage to encourage his son to share his love of mechanics. This made a significant impression on the young Steve.

By the time he was 10, Jobs was passionate about engineering and had befriended many of the engineers who populated their neighborhood.

Steve Jobs did not fit into traditional classrooms, resisting authority figures and frequently misbehaving, which led to many suspensions. He also found it challenging to make friends with children of his own age.

Jobs was, however, an excellent student and was allowed to skip the fifth grade. For 6th grade, he transferred to Crittenden Middle School in Mountain View.

He was often bullied in middle school and became a loner. By the 7th grade, Steve was tired of the abuse and gave his parents an ultimatum: he needed to switch schools or he'd drop out. The Jobs, who were not wealthy, used all their savings in 1967 to buy a new house so Steve could change schools to one in the much better Cupertino School District.

In 1968, when he was 13, Steve Jobs was hired by Bill Hewlett of Hewlett-Packard for a summer job following Steve's cold calling him seeking parts for an electronics project.

Jobs began attending Homestead High in 1968, where he met Bill Fernandez, who introduced him to Steve Wozniak. At the time, Jobs was interested in electronics and literature. By his senior year, Jobs had two best friends: Steve Wozniak and his girlfriend, Chrisann Brennan, a junior.

Wozniak, who was older, enrolled at the nearby University of California, Berkeley. Jobs began visiting him several times a week in 1971. Jobs was still in his senior year in high school and was taking college freshman-level English classes at Stanford.

It was around this time that Wozniak — Woz — designed a "blue box," an inexpensive digital device that helped users manipulate the phone network and get free long-distance calls. Jobs decided to market and sell the devices, splitting the profits with Woz. This convinced Jobs that a career in electronics could be both fun and profitable.

Steve Jobs enrolled at Reed College in Portland, Oregon — the only school he applied to — in September 1972. He dropped out of Reed after one semester without informing his parents, thinking he didn't want to waste their money on an education that seemed meaningless to him.

Around this time, Jobs audited classes, slept on the floors in his friends' dorm rooms, and recycled Coke bottles to make money. He was known to have visited the local Hare Krishna temple for their free meals.

Steve Jobs married Laurene Powell in 1991, having met at Stanford University, where he was giving a guest lecture, and she was a graduate student. Laurene Powell Jobs went on to become a businesswoman who founded the Emerson Collective and advocated for a number of causes. The couple had four children, Lisa, Eve, Reed, and Erin Siena.

The family spent most of their time in a 1930s Tudor-style home in Palo Alto, California, that the couple purchased as newlyweds in 1991. It was in this 5,768 square-foot home that sits on a half acre that the Jobs family lived in at the time he passed away in 2011.

How did Steve Jobs build his net worth?

Most of Steve Jobs' wealth — estimated to exceed $10 billion at the time of his death — came from his investments in Apple and Pixar.

Jobs received 138 million shares in Disney upon the sale of Pixar in 2007. Those shares were valued at $8b in 2011, at the time of his passing. If Steve had been alive today, he would be worth over $42 billion.

In 2017, his widow, Laurene Powell Jobs, sold half of their Disney holdings, bringing in $7 billion. Her net worth is around $30 billion in today's terms. She also earns $160 million from Apple and $120 million from Disney annually by way of dividends.

Unless you live under a rock, the chances are you have heard of Apple and used one of its products, including iPhones, iPods, iPads, and Apple computers, among others.

Steve Jobs is one of the men behind the Apple brand and the dream that came with it. Steve Jobs and Steve Wozniak founded Apple in 1977. Their first products were Apple I and Apple II. Apple went public in 1980, and in 1983, John Scully joined the team.

When the company was created, the duo wanted to innovate the way people used technology. It is not likely they were able to foresee the mega-company Apple would become today. Jobs' was famously ruthless and had an uncanny eye for detail that set him — and Apple — apart from Bill Gates' Microsoft, their arch-rival for years.

Jobs and his right-hand man Jonny Ive were the driving force of Apple's product design team and its reputation for ease of use. This reputation was the bedrock upon which Apple's marketing was built. Apple devices were differentiated as something that "just works," whereas Windows devices were known for their buggy and unintuitive UI.

But Jobs also had a marketing brain. His minimalism and love of design were pervasive, even in Apple's marketing, for which they were renowned.

These fundamentals — simplicity that reveals complexity, quality, and best-in-class marketing — drove Apple's ascent to become the world's most valuable public company for ten years until 2022.

While deeply invested in Apple, Steve Jobs was also interested in various other fields. He invested in a range of industries, including animation. Jobs was the primary investor in Pixar Animation Studios, which would achieve incredible success on its own. Pixar movies, including "Toy Story," "Monsters Inc," "Finding Nemo," "WALL-E," and "Cars," have been hits around the globe.

Steve Jobs also founded NeXT, intending to build high-end computers. That venture led him back to Apple in 1997. After his return, Apple released a series of industry and world-changing devices, exemplified by the iPhone.

In 2018, the company made history as being the first company traded publicly to reach $1 trillion in market capitalization.

How has Steve Jobs spent his wealth?

Steve Jobs was a minimalist despite his wealth, fame, and influence.

At one stage, he had no furniture in his living room other than a lamp and existed on just carrots or apples and nothing else for long periods.

Jobs drove a Mercedes with no number plate by taking advantage of a loophole in Californian law — since closed — that meant new cars had six months to affix a number plate. Jobs negotiated a deal with his leasing company to replace his car before the cut-off, avoiding the ugliness of a number plate.

When he did spend, he spent big. Jobs splashed out on an incredible yacht designed by Philippe Starck. However, he died before it was completed. Venus, as the yacht was called, was left to his wife, Laurene Powell Jobs.

Jobs' family owned two residential properties, one in Palo Alto and the other in Woodside, California.

In 1984 he purchased a 17,000-square-foot, 14-room home in Woodside, California, known as the Jackling House, built in 1925. Jackling House was Jobs' home at the lowest point of his business career after departing from Apple. He was living there when he began dating Laurene and at the time of the birth of their first child.

Jobs later faced a decade-long series of court battles to gain the right to demolish the house, which was granted in the year before he passed. The house was demolished in 2011, and his widow, who still owns the property, has spent years building an impressive new estate on the property.

The 1991 acquisition in Palo Alto was where the Jobs family lived for most of their married life.

Although Steve Jobs has never received public attention for his philanthropic efforts, the Apple co-founder and his family have been donating anonymously for more than 20 years, according to a report in the New York Times. The report paid particular attention to Jobs' widow Laurene Powell Jobs and her donations to and work in education, immigration policy, global conservation, and nutrition.

How rich was Steve Jobs at death?

At the time of his death in 2011, Steve Jobs' net worth was estimated to be approximately $10 billion.

How rich would Steve Jobs be today?

Had he survived, Steve Jobs would be worth well over $40 billion in today's money given his shareholding in Apple and Disney.

Was Steve Jobs a millionaire?

Steve Jobs was not just a millionaire but a billionaire with an estimated net worth exceeding $ 10 billion at the time of his passing in 2011.

Was Steve Jobs a billionaire?

Yes, Steve Jobs was a billionaire at the time of his passing in 2011.

No, Steve Jobs was not born rich. He was adopted into an ordinary American family and built his net worth after years of hard work, ingenuity, and calculated risks.