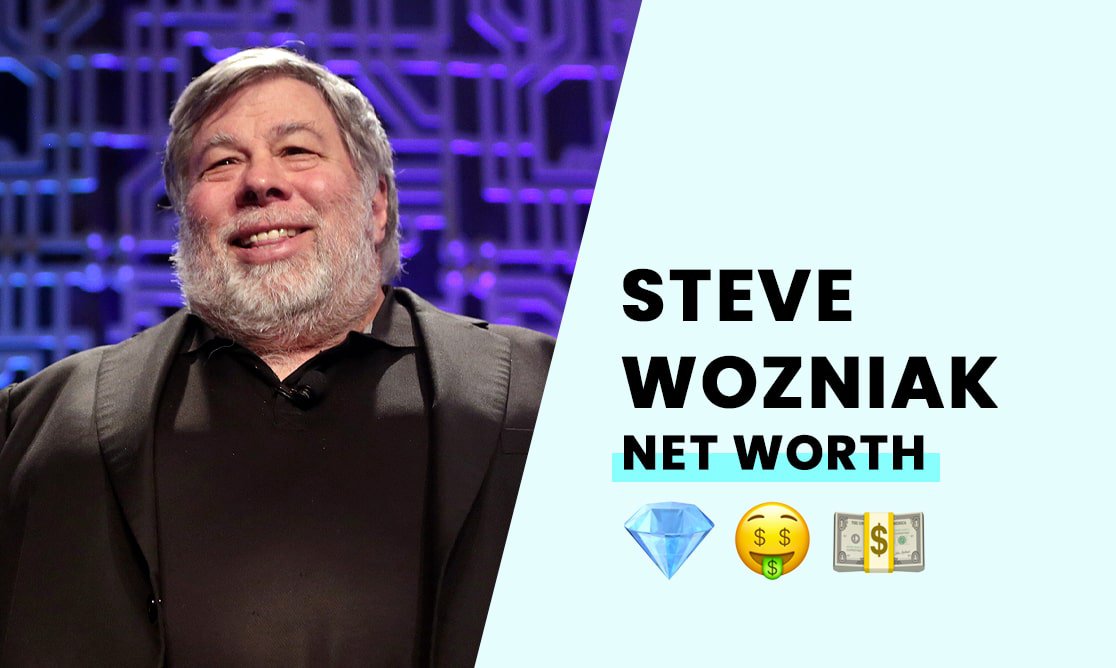 The estimated net worth of Steve Wozniak is $10 million.

Steve is an American tech entrepreneur and computer engineer with a net worth of $10 million.

You might expect "The Woz" to have a much bigger fortune. However, he gave away millions of dollars to charities and worthwhile causes during his retirement from Apple. Woz is also one of the three founding members of Apple, along with Steve Jobs and Ronald Wayne.

Born on August 11, 1950, in San Jose, California, Stephen Gary Wozniak grew up in San Jose, where his father was one of the lead engineers employed by the Lockheed Corporation.

Steve attended Homestead High School with Jobs, graduating several years before him, and the two were not in contact until years later. Steve attended the University of Colorado at Boulder, transferring out to De Anza College after the Colorado staff caught him hacking the school's computer.

After a brief stint at De Anza, he attended UC Berkeley. Woz would eventually team up with Jobs after meeting him through a mutual friend, Bill Hernandez.

How did Steve Wozniak build his net worth?

Wozniak was the mind behind the first Apple computer. He met Jobs and launched the Apple 1 in 1975. Woz offered HP the chance to buy the Apple 1 since he developed the tech while working at the company. However, HP management declined the offer, and Woz and Steve decided to start Apple computers.

Since many Apple employees had shares in the company, the launch on the stock market made many of them instant millionaires. Woz was famous for giving away many of his shares to people he thought belonged in the company and were willing to put in the effort to see it succeed.

Some analysts believe that Steve Wozniak should have an estimated net worth well north of $100 million. However, Wozniak is one of the few rich people that actually do what they say when they promise to give away their wealth.

Woz has a net worth of around $10 million, and he claims that it's more than he needs to get by in life. Today, he earns an income through speaker fees.

Steve Wozniak said he found success by always working with the cutting edge of technology. This lust for innovation drove him to save up to buy his first calculator and the same desire that pushed him to new heights with Apple.

How rich is Steve Wozniak?

With an estimated net worth of $10 million, Steve Wozniak is one of the founding members of Apple and a legend of Silicon Valley. He earned a lot more during his career and shareholding, but he gave away most of his wealth to charitable causes.