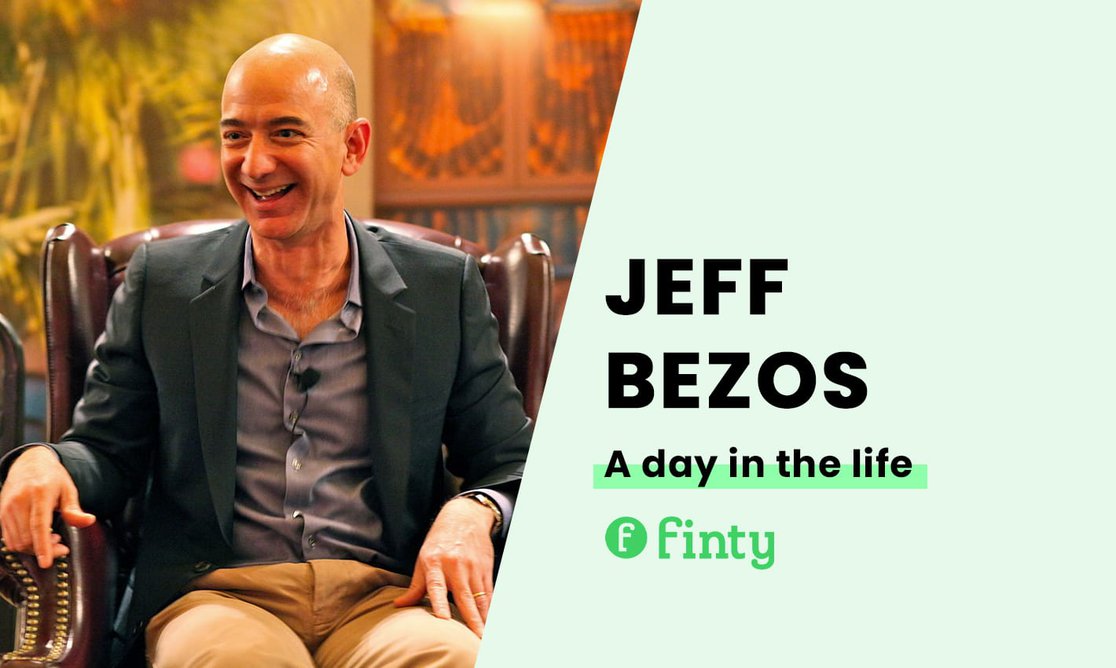 Jeff Bezos has a net worth of over $196 billion and held the title of the richest man in the world for nearly a decade until Elon Musk took the top spot.

He earned his billions through founding Amazon, a company he started in a 1 bedroom apartment in New York City. Today, Amazon is the world's leading e-commerce platform, accounting for over 50% of all e-commerce traffic online.

After divorcing his wife, MacKenzie Scott, in 2019, he made her the richest woman in the world, with a net worth of $55.5 billion.

He is the founder of Blue Origin, a space travel company (in competition with Musk's SpaceX). Bezos states he intends to spend his fortune attempting to make commercial space travel a possibility.

Let’s take a look at the daily schedule of the world’s most successful e-commerce mogul.

Like many other tech titans, such as Elon Musk and Tim Cook, Bezos is an early riser. He's usually awake around 6:30 am. According to Bezos, "I go to bed early, I get up early".

After rising, he is known to enjoy "putter" around the house in the morning. He'll brew some coffee, read the newspapers, and generally not start work.

When his kids get up, he prides himself on making them breakfast. Apparently, he's a whizz in the kitchen, cooking up fresh batches of blueberry-chocolate chip pancakes from scratch. Remarkably he even does the dishes!

After breakfast, he will continue to putter until around 10 am when he drives to Amazon HQ. His most productive time is between 10 am and midday, a two-hour-long period during which he tackles the day's priority meetings and paperwork.

His employees know him as a demanding but fair boss and he likes to get down to the employee level at least once a week, taking impromptu meetings on warehouse floors with managers and workers.

He sees himself as responsible for driving the company in the right direction and that making high-quality, well-thought-out decisions is the hardest part of his daily routine at Amazon HQ.

By 5 pm he’s done with work and anything remaining is pushed over to the following day.

Evenings are typically used for business dinners, where he enjoys more exotic menus. Once, Jeff celebrated a prestigious exploration award by dining on an iguana. After finishing dinner, Jeff heads home. He is a big believer in having an early night, and he’s usually in bed by 10:30 pm.