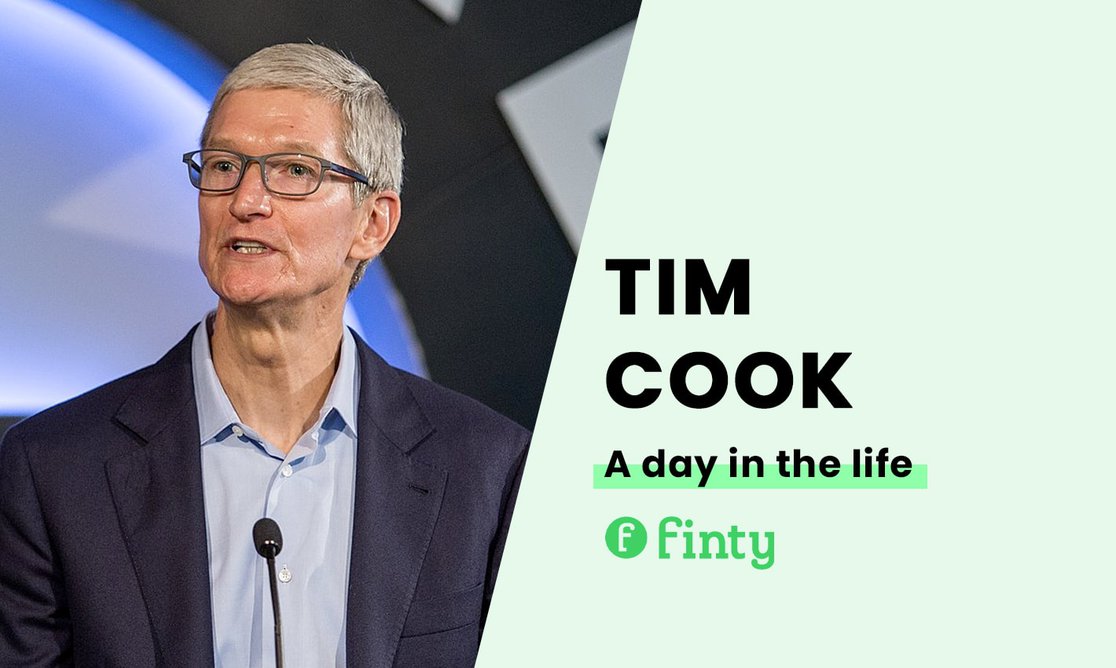 When most people think of Apple's CEO, they recall the late Steve Jobs. In the wake of Jobs's departure from the earthly realm, Tim Cook took up the reigns and delivered year after year of growth, culminating in Apple becoming the world's first trillion-dollar company.

Cook is one of the world's most elusive CEOs. The man doesn't have the same charisma and love of the limelight as other tech CEOs, such as Elon Musk.

However, Tim Cook is a brilliant mind, and under his stewardship, Apple has become the market leader in wearables and positioned itself as a services company earning billions from Apple Music, Apple TV+, Apple Arcade, Apple Fitness+, and, of course, the App Store.

Cook is a huge player in tech, managing Apple's global business from the company's "spaceship" campus in California. While the pressures of leading the company might seem astronomical, Tim says he has a good work-life balance.

What does the daily schedule of this tech titan look like?

Cook doesn't like engaging with the media unless it's on official Apple business. As a result, there's not much information on his daily routine. However, after digging around, we managed to find some interesting facts about Tim's daily schedule.

He is an early riser, and claims to get out of bed at 3:45 am each morning. After waking, he likes to get into it straight away. He'll sit down and start going through the 700+ emails in his inbox before hitting the gym at 5 am.

While Apple Park has a fully equipped gym, Tim doesn't train at work. Instead, he prefers to work out at a private gym, out of the eyes of reporters and employees.

Cook takes his fitness and health seriously. He recently shared a picture of his Apple Watch after a run, showing that he really does push his body's limits during his workouts.

He exercises for 30 to 45 minutes. After his exercise, he'll shower, dress, and head to his local Starbucks for a cup of coffee before driving to Apple Park around 8 am to 9 am.

There's no information on what Tim likes to eat for breakfast. However, in a breakfast interview, he enjoyed a sugar-free cereal with almond milk and a plate of scrambled egg whites and bacon (apparently, he prefers turkey bacon).

During the day, he spends most of his time in his office at Apple Park. The CEO leads by example, and he's often one of the first through the doors in the morning and the last to leave at night.

As CEO of the world's largest tech company, Cook has several responsibilities during the day, including managing all aspects of Apple's international business.

While most Apple employees remember Steve Jobs as a hot-tempered man, Cook is the opposite. His management style may lack the flair — and the volatility — of his predecessor, but his employees respect his no-nonsense approach to business.

Apparently, he will work around the clock when there's a big project going on at the company. He is famous for emailing employees in the middle of the night or calling meetings at the drop of a dime.

He is a fan of asking his employees questions to figure out if they have the mental fortitude and intelligence he's looking for in his employees. Apparently, if Tim asks you a question, and you get it right, he'll stand there and ask you another ten questions to see where you slip up.

While he may be a hard boss, he's fair. In fact, he's often seen having lunch in the Apple Park food court with his employees.

When he does have free time in the afternoon and on weekends, he'll go biking or hiking to get some exercise and relaxation into his week.

Despite his personal fortune, he lives a remarkably frugal life. He often doesn't carry a wallet with him, and he doesn't spend money like some of the other tech CEOs in Silicon Valley, buying his underwear on sale at Nordstrom's!

Cook is a tremendously private person outside of the office. If you try to find his home on Google Street View, you'll see the image is blurred.

Little is known about the specifics of his evening routine, but he likes to relax in the evening and is usually in bed by 8:45 pm in order to get 7 hours of sleep before doing it all again.