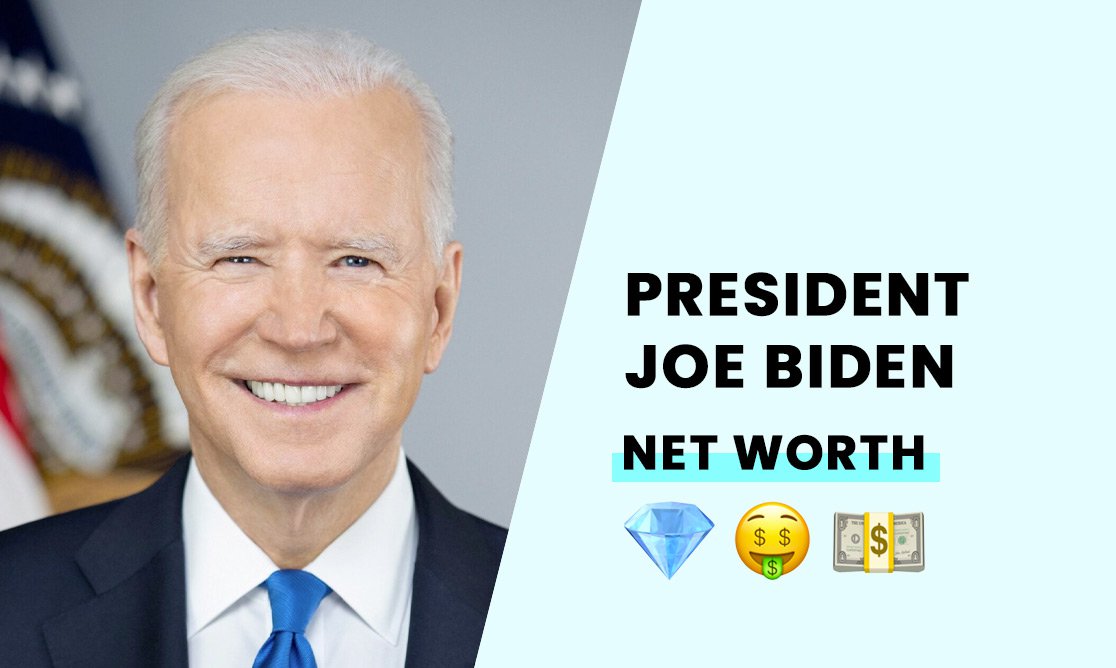 The estimated net worth of Joe Biden is around $8-9 million, with the 46th President earning more than $17 million during his political career to date.

As the 46th President of the United States, Biden is also the most unpopular President in history, with his approval ratings slipping in Q4 of 2021.

Joseph Robinette Biden Jr. was born on November 20, 1942. He arrived at St. Mary's Hospital in Scranton, Pennsylvania, to parents Joseph Robinette Biden Sr and Catherine Eugenia "Jean" Biden. Joe has two brothers and a sister. They spent their youth growing up in Claymont and Mayfield, Delaware.

Biden's father worked as a used car salesman, earning a decent income to provide his family with a middle-class lifestyle. Biden was a poor student, but he was a standout running back on his high school football team.

Biden married Neilia Hunter on August 27, 1966, and he had two sons and a daughter with her. Tragically, his wife and daughter died in a car wreck in 1972, and he lost his son Beau in 2015 to brain cancer, leaving his son Hunter as his only remaining heir. Biden married his current wife, Jill, in 1977.

Joe Biden attended school at Archmere Academy in Claymont, where he earned the title of class president in his junior and senior years. Biden graduated from high school in 1961, choosing to attend the University of Delaware in Newark for his higher education.

After a lackluster college career, Biden graduated with a Bachelor of Arts in political science and a minor in English in 1965. Joe also had a stutter in his childhood and adolescence. He claims to have gotten rid of the stutter by reciting poetry in front of the mirror in his 20's.

How did Joe Biden build his net worth?

With career earnings of over $17 million, Biden's current net worth is a fraction of that. According to reports, the President paid $7 million in taxes, donated $1.3 million to charity, and $80,000 in mortgage interest, along with $170,000 in staffing fees.

There are currently people investigating Joe Biden for his term out of office. He and his son Hunter have alleged ties to deals involving an energy company in Ukraine and companies in China, which, according to allegations, could have netted them millions of dollars.

Joe Biden is a Catholic, and he states that his religion helps him with his decision-making and managing his money.

How rich is Joe Biden?

With an estimated fortune of $8-9 million, Joe Biden, the 46th President of the United States, built his wealth through book sales, speaking engagements, and as a figure in public office. His annual salary while President is $400,000. Donald Trump, his controversial predecessor, donated his presidential salary to charity.