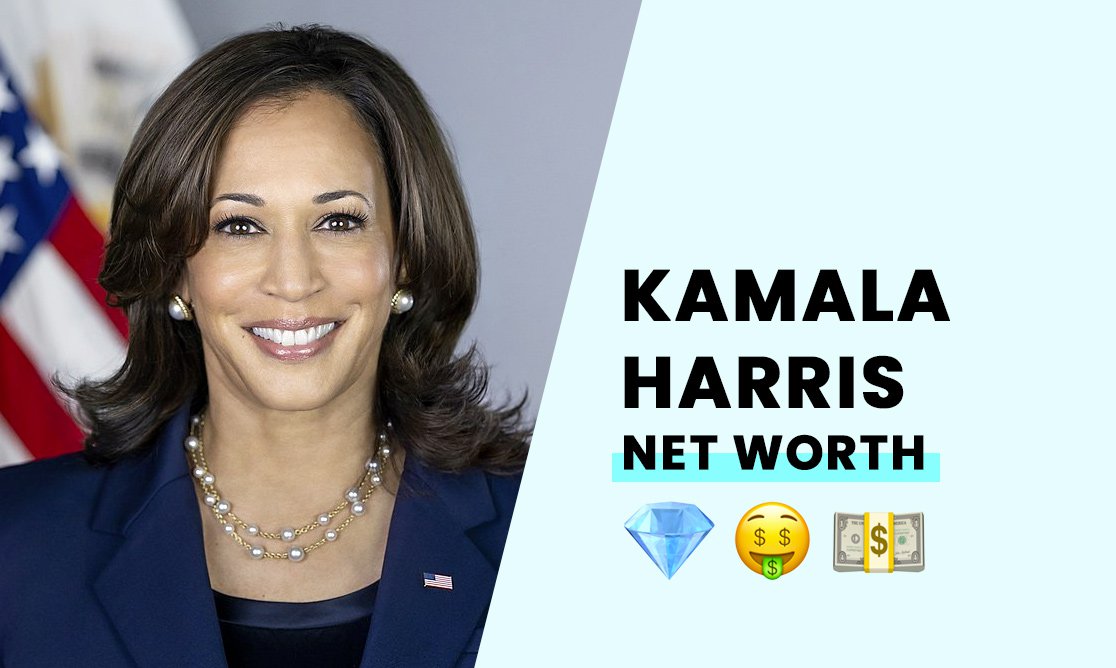 The estimated net worth of Kamala Harris is $5 million.

Kamala Harris is the Vice President of the United States and an American politician. Kamala earns an annual salary of $157,000 from her tenure in office as the right hand of President Joe Biden.

Kamala's husband, Doug Emhoff, is a practicing attorney and responsible for the bulk of Kamala's wealth since 2012.

Born in Oakland, California, in October 1964, Kamala Harris is the daughter of Donald and Shyamala Harris.

How did Kamala Harris build her net worth?

Harris served as the 27th District Attorney of San Francisco between January 2004 and January 2011. She developed a hardline stance in the office with her attitude towards drug offenders. She progressed to the office of the 32nd Attorney General of California from January 2011 to January 2017 before announcing her intention to run for office in the 2020 presidential election.

From 1990 to 1998, Kamala Harris was the deputy district attorney in Alameda County, California. In a 2015 Congressional finance disclosure, Kamala filed her net worth as $3.31 million. The vast majority of her net worth comes from earnings made by her husband, Douglas Emhoff, a partner at the "DLA Piper Law Firm," which has offices in California and Washington D.C.

Kamala Harris released 15-years of tax returns while on the campaign trail to earn the Democratic Party nomination in 2019. The report shows that the bulk of Harris and her husband's wealth came from their activities in 2018, netting the couple $1.9 million in earnings. Of that $1.9 million, $1.4 million came from her husband's earnings.

During the period, the couple paid taxes amounting to $697,000 while donating $27,000 to charities. Kamala earned approximately $320,000 from her book, "The Truths We Hold." The financial reports from 2019 show Kamala controls $2.5 to $ 6 million in assets, and the couple has around $ 3 million15 years in liabilities, mostly in mortgages.

The couple has the bulk of their liquid assets tied up in retirement accounts and mutual funds. The couple has a sizeable real estate portfolio, estimated at $8 million to $10 million, before their mortgage liabilities.

In the two years before typing the knot, Doug invested $2.7 million in their home in the Brentwood neighborhood of California. The house currently has a valuation of $5 million.

Kamala attributes her success to the support she receives from her husband, Doug. Doug is responsible for the bulk of the couple's earnings, and they have several real estate and stock investments.

Kamala also says that her dedication to hard work helped her achieve her rapid progress through government and her position as the United States Vice President.

How rich is Kamala Harris?

With a joint wealth of $5 million, Kamala and her husband live a comfortable life in Washington D.C. Kamala earns an annual salary of $157,000 from her role as the United States vice president.