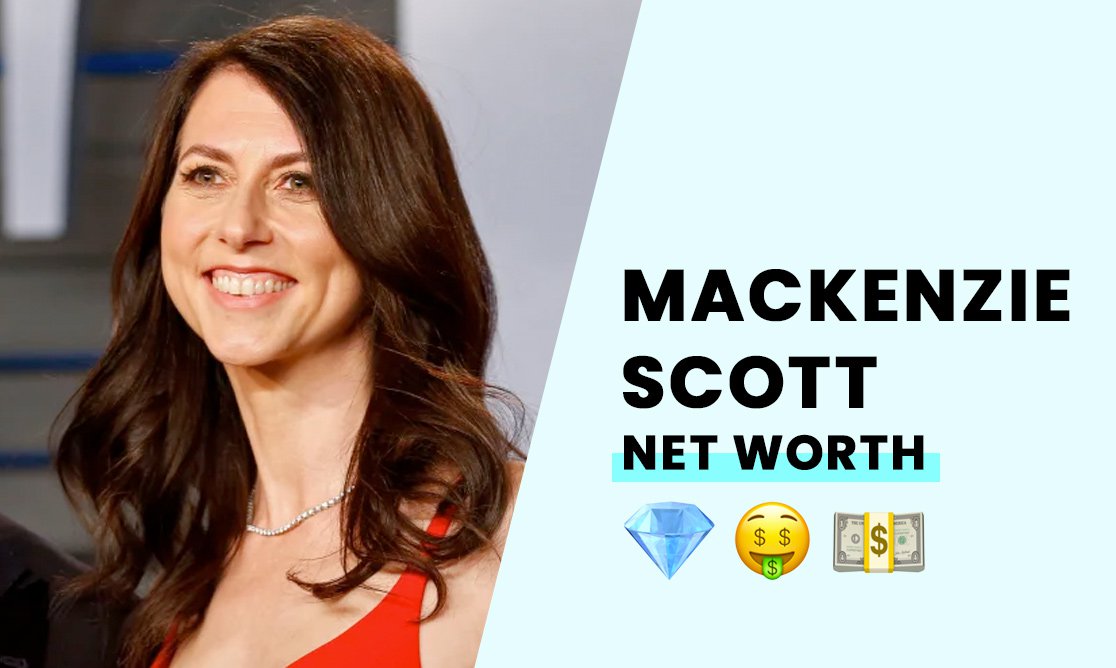 The estimated net worth of MacKenzie Scott is $53 billion.

MacKenzie Scott is an American novelist, philanthropist, billionaire, and ex-wife of Amazon founder and multi-billionaire Jeff Bezos, one of the richest men in the world.

After divorcing Bezos in 2019, MacKenzie landed a $38 billion settlement from Jeff, making her the richest woman in the world.

Born in San Francisco, California, in April 1970, MacKenzie Scott Tuttle grew up in Marin County across the Golden Gate Bridge.

She grew up in her family home in the San Francisco Pacific Heights neighborhood with her father and mother.

Her father ran an investment advisory firm, and her mother was a homemaker.

MacKenzie attended the Hotchkiss School in Lakeville, Connecticut, during her high school years.

Her father underwent a probe from the SEC into his financial firm, and he ended up filing for bankruptcy to avoid prosecution.

Her parents then moved to Florida, with her father failing in his attempt to start another financial firm.

After the SEC finished its probe, it barred MacKenzie's father from running a business in the financial sector.

She graduated from Princeton in 1992, studying English under the famed author, Toni Morrison.

How did MacKenzie Scott build her net worth?

MacKenzie got in on the ground floor with Jeff Bezos, marrying him the year before he decided to start Amazon.

MacKenzie remembers driving the car across the country to Washington while Jeff worked on his business plan for Amazon.

MacKenzie stayed married to Jeff between 1993 to 2019, and she received 20 million shares of Amazon stock in the couple's divorce settlement.

After receiving her settlement, MacKenzie committed to signing "The Giving Pledge," where she promises to give away 99% of her net worth before she dies.

MacKenzie donated at least $6 billion to charities in 2020.

However, the growth in her Amazon stock saw her earn an additional $25 billion in 2020 alone.

When Amazon stock broke the price of $3,300 per share on July 13, 2020, MacKenzie officially became the world's richest woman.

However, the stock dipped later the same day, and MacKenzie moved back into the #2 spot behind Francoise Bettencourt-Meyers.

Jeff and MacKenzie have four children together, and their family is a close-knit group.

When Jeff was living with the family, he would wake up and enjoy breakfast with the kids and MacKenzie before doing the dishes and going to work.

While the two divorced in 2019, they have an amicable relationship and regularly speak with each other.

MacKenzie says she has a newfound love for philanthropy and loves giving to charitable causes that deserve funding.

She's dedicated her fortune to the Giving Pledge and intends to give away the bulk of her net worth before she passes.

How rich is MacKenzie Scott?

With a wealth of $53 billion, MacKenzie Scott is one of the richest women in the world.