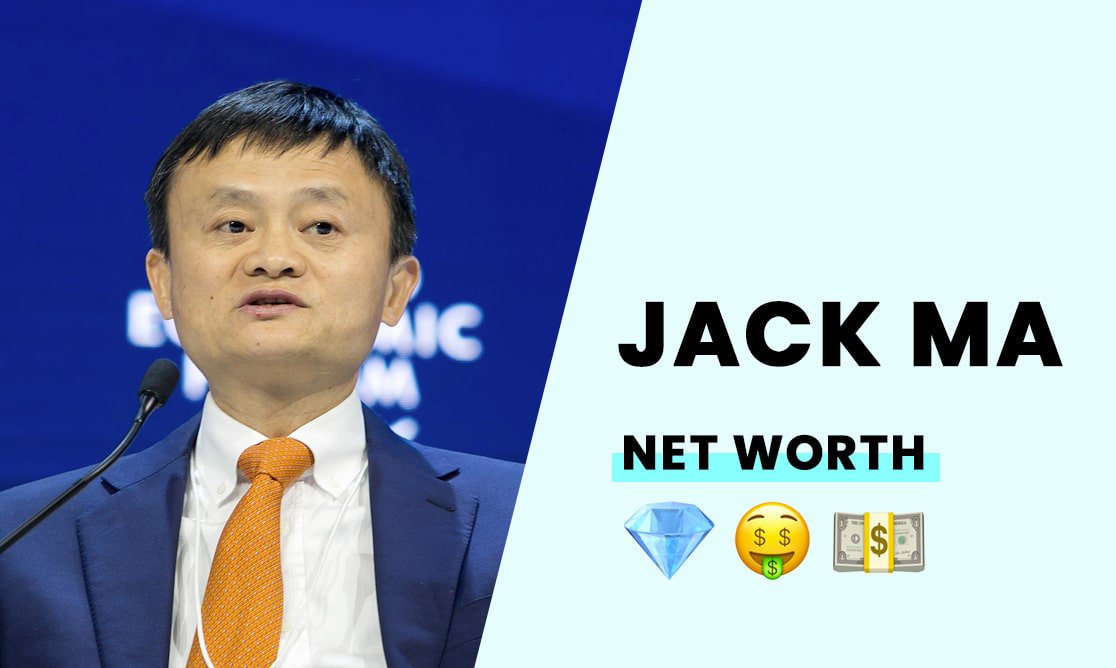 The estimated net worth of Jack Ma is $37.3 billion.

Jack Ma is the richest man in China and one of the richest in the world. He is a Chinese entrepreneur and the founder of the Alibaba Group, one of Asia's biggest e-commerce companies.

Born on the 10th of September, 1964, in Hangzhou, China, Jack Ma found himself interested in learning the English language at an early age. He went to school to improve his English, riding his bike for 70-minutes each way to school and back.

He would also converse with tourists to improve his language skills during his tenure as a tour guide. He offered free tours so that he could practice his English.

After graduating with his degree, Jack lectured English and international trade at Hangzhou Dianzi University. He attempted to apply to Harvard Business School ten times and got every application rejected by the school.

How did Jack Ma build his net worth?

After learning to speak English mainly through offering free tours, Jack received the nickname "Jack" from one of his customers. Jack was an early adopter of the internet, and he noticed that the Chinese internet lacked many components of America's use of the service.

Ma registered his second company, "chinapages.com" in the US in 1995. He made around $800,000 from starting the company and served as the head of an IT company founded by the China International Electronic Commerce Center.

He quit the firm in 1999, returning the Hangzhou. While back home, Jack went on to found Alibaba, the e-commerce company responsible for building his wealth. The company started as a business-to-business online marketplace.

Jack founded the company from his apartment with the help of eighteen of his friends. Alibaba got its first round of investment from American venture capital firms, receiving $20-million in funding in 1999 and 2000.

The platform's success was astronomical, making Jack Ma a billionaire just a few years after launch. Alibaba is currently China's largest online marketplace, and it has several successful marketplaces under its umbrella.

Jack Ma accredits his success to his hard work. He is the founder of the "99/6 work culture in China. 99/6 means that people should work from nine in the morning to nine at night six days a week if they want to experience success and see China proper as a nation.

Jack believes in sacrificing today to make tomorrow better, and he believes in taking chances to receive a big reward.

How rich is Jack Ma?

With a reported net worth of $37.3 billion, Jack Ma has a large portion of his wealth tied to Alibaba stock. Therefore, his net worth fluctuates with the volatility of Alibaba stock.

And despite his brush with the ruling CCP in 2020 when he criticized the Chinese financial industry establishment, and Alibaba’s poor stock performance in 2021, Jack Ma re-emerged, continuing to be China's richest man.