How does Boeing make money? 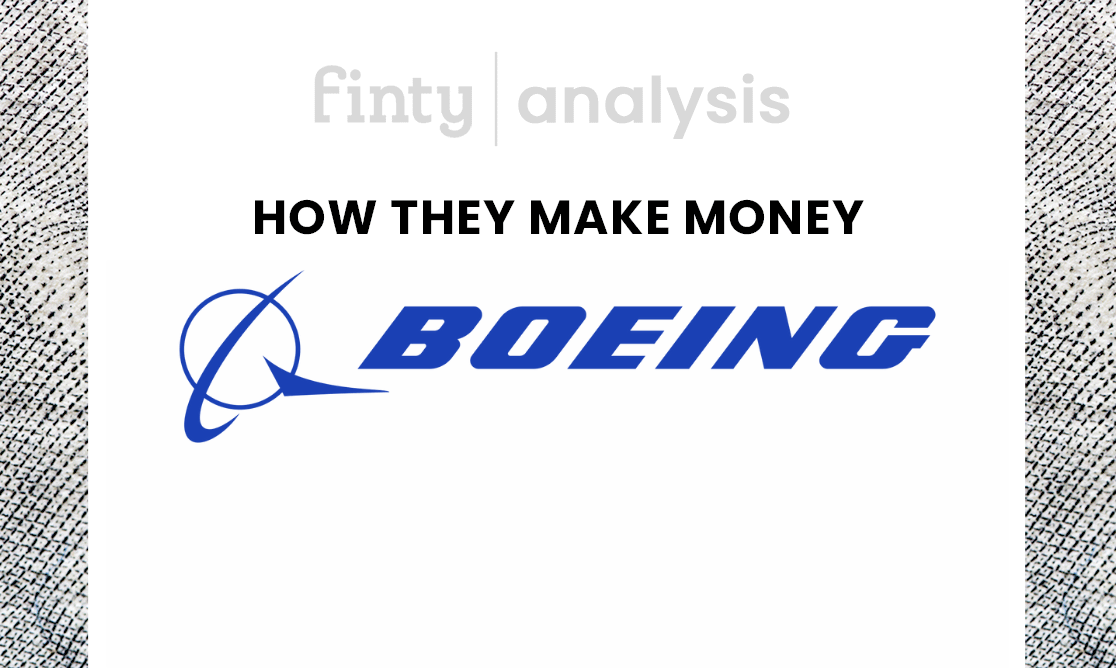 Boeing was founded by William E. Boeing in 1916. The American timber merchant founded the "Aero Products Company" after developing his first single-engine, two-seater seaplane, called the "B&W." The invention was a partnership between US Navy officer Conrad Westervelt and Boeing.

The company entered the defense industry in 1996 with its acquisition of the defense and aerospace divisions of the Rockwell International Corporation and secured its domination of the US defense contractor market with its merger with the McDonnell Douglas Corporation in 1997.

Scroll down for more about how Boeing makes money.

What does Boeing do?

Boeing had its headquarters in Seattle until 2001 when it relocated to Chicago. Boeing had its IPO in January 1962, listing on the NYSE under the ticker symbol $BA. The company split its stock multiple times after its initial IPO.

Boeing Co. is one of the world's top aerospace companies. It develops and manufactures commercial airliners and military aircraft, strategic intelligence and defense systems, and weapons systems. Its biggest customer is the US Department of Defense (DoD).

The company offers its services to international customers, providing financing for its orders and customer deliveries. Boeing's military-related business centers around the design and manufacturing of fighter aircraft and transports, bombers, helicopters, and missile systems. It also has a cyber defense unit.

Boeing’s space and communications business manufactures the "Delta" range of launch vehicles. These vehicles include the Inertial Upper Stage (IUS) and rocket engines.

How does Boeing work?

Boeing is an American multinational corporation involved in the design, manufacturing, and sale of civil and military aircraft, rockets, satellites, and weapons systems for global customers. Boeing also offers its customers leasing and support services.

The company has assembly lines in Everett and Renton in Washington state and another in Charleston, South Carolina.

Boeing makes money by designing and manufacturing aircraft for the commercial and military sectors. It also develops and builds weapons systems for the US DoD and the export market. Boeing is a diverse company, and its business model includes intelligence and strategic defense systems.

Boeing's BDS department involves research, development, and manufacturing of military weapons systems and aircraft for mobility, strike, and surveillance operations. This division of the business also researches, develops, produces, and modifies strategic defense and intelligence systems and satellite systems. Its largest customer is the US Department of Defense.

Boeing Capital offers its customers financing for its products. Its portfolio includes equipment sold under finance leases, operating leases, notes, and receivables. It also manages assets held for re-leasing or sale and its investments.

In 2022, the FAA stated it would complete its final inspection on the new 787 Max Dreamliner series of aircraft. However, the company found itself dealing with damage control to its reputation. The FAA grounded several commercial airliner models in 2019, including the notorious 737 Max range. However, the company continues to innovate, and all four segments of its business continue to experience growth.

The introduction of its highly-anticipated 777X variant, which will be the world's largest twin-engine airliner when launched, could drive significant new revenue for the company. A rumored mid-range airliner to replace the popular 757 — if released — could be extremely lucrative for Boeing.

Boeing competes with other aerospace and military contracting firms. Bidding on contracts. Some of its top competitors include the following international companies.