How does CostCo make money? 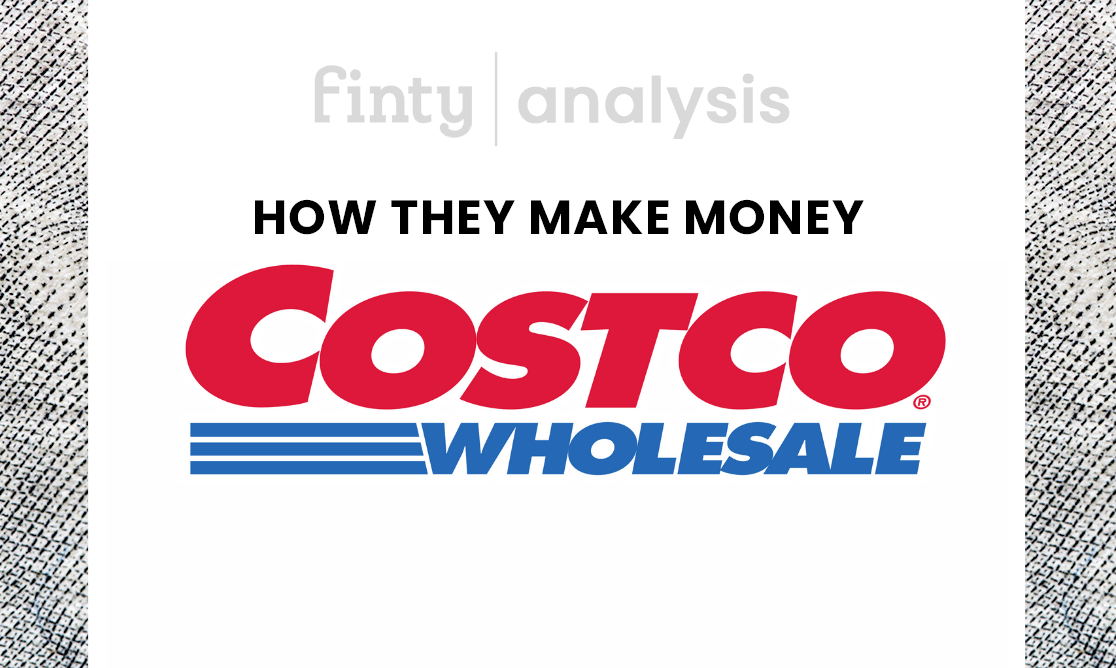 Jeffrey Brotman and James Sinegal founded Costco in 1976. They started the idea under the name "Price Club," rebranding to "Costco" in 1983. The company is one of America's largest big-box retail chains, with over 800 locations worldwide.

Costco was listed on the NASDAQ stock exchange in December 1985 at a $10 share price.

The company trades under the ticker $COST. It was the first retailer to use a membership model for its customers. You can only purchase goods from Costco if you're a member.

What does Costco do?

Costco is one of America's largest big-box retailers.

The company uses an in-store and e-commerce sales model, with the in-store model being the more popular option in the retail market.

The company built its reputation of offering rock-bottom prices on bulk volumes.

How does Costco work?

If you want to shop at Costco, you need to sign up for a membership.

After registering, you are part of the "Costco Club." Only members may buy from the retail giant in-store or online.

Costco experiences a high customer retention rate of around 90%.

Thanks to its affordable pricing model, it inspires brand loyalty in its members.

Members may issue one free supplementary card to a household member, fellow staff member, or colleague working in the same company.

Costco makes money by selling products at deep discounts to its members.

Its huge pricing power allows it to benefit from economies of scale, offering products at lower prices than you find with other retailers.

Around $153 billion or more than 91% of Costco's annual comes from its in-store sales.

The company also generate revenues through its retail sales and its membership model.

If you want to buy something at Costco, you have to be a member.

Let's look at the details of the Costco business model.

Costco makes the bulk of its revenues through merchandise sales at its 572 locations in the United States and nearly 300 international warehouses.

The company attracts shoppers looking for the lowest prices, and they are willing to pay for annual membership to receive a deep discount on goods.

Around $153 billion or more than 91% of Costco's annual comes from its in-store sales. The company carries around 3,700 active SKUs (Stock Keeping Units) in its warehouses.

To shop at Costco, you need to register as a member. You might think that this might repel shoppers by erecting a barrier to entry but it hasn't.

Membership fees range from $60 to $120 per year, depending on the tier you take.

Typically, restaurants and other businesses choose the higher levels to benefit from buying in bulk.

Most private citizens choose the entry-level tier to access the store locations.

Costco has nearly 115 million members, and the company experienced a huge jump in membership applications during the pandemic as people looked to preserve their household budget.

Memberships count for just over 2% of Costco's annual revenue.

The company offers shoppers over 8,000 active SKUs on its website, or more than double the SKUs available in-store.

While it is one of the most established online retailers in the US market, its online business only accounts for approximately 6% of annual revenues.

Costco believes that the company's future prospect comes from its international and local expansion.

The company continues to build locations across the US and the world.

Costco entered into an agreement with Citi and Visa to provide its customers with a dedicated "Anywhere Card" Costco credit card. Its innovations allow it to stay ahead of Amazon and Walmart, two of its primary competitors.

Costco competes with other large big-box retailers for market share. Some of its closest competitors include the following companies.