How does Domino's Pizza make money? 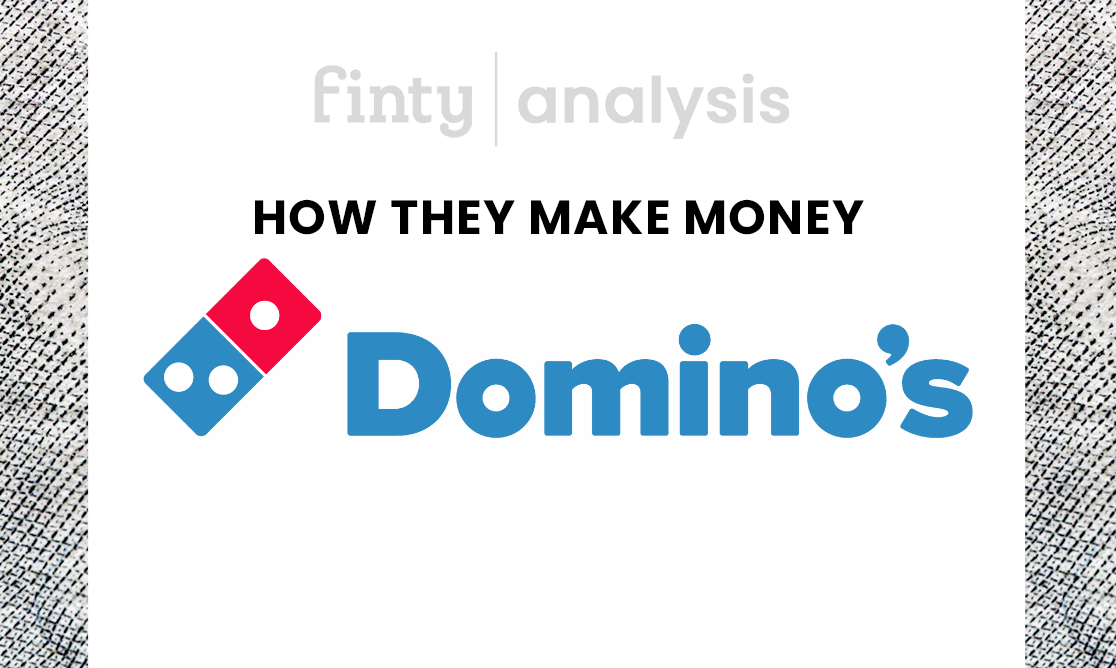 Domino's is America's most-successful pizza franchise, taking the top spot from Pizza Hut. The company started as one store in Michigan in 1960, growing into a global brand. Domino's operates in 90 international destinations, with more than 17,000 locations in the US alone.

Domino's was listed on the NYSE in 2004, with a share price of $14. The company is heavily involved in branding and sponsorships in sports, and it's America's leading pizza franchise chain.

Read on for details on their business model, how they generate revenue, and where future growth may come from.

What does Domino's Pizza do?

Domino's is a fast-food franchise operation serving pizza. The company offers franchisees a turn-key business and all the support the franchisee needs to make their business a success. By the end of 2018, Domino's was operating 390 company stores and nearly 5,500 franchised stores.

Domino's states it has 793 independent US franchisees operating its US stores. Typically, a Domino's franchise agreement lasts 10-years, with the option for franchisees to extend their contract.

How does Domino's Pizza work?

It also reserves the right for its international franchisees to operate supply chain centers in specific geographic locations. Domino's requires master franchisees to open a set number of stores in a particular time frame.

Domino's collects fees for each new store and royalties based on sales percentages. Typically, that fee is around 3% of sales in international markets and lower for its US franchisee partners.

Domino's Pizza makes money by dominating its supply chain. It sells toppings, sauce, and dough to its franchisees. It might surprise you that the parent company earns more through its supply chain activities than its royalties on sales and franchise fees. Let's take a look at Domino's business model in detail.

Domino's charges franchisees a 5.5% royalty fee based on sales. Considering the company ties its franchisees into a 10-year contract, it's a lucrative revenue stream. US stores contribute around 6% of sales to national marketing campaigns.

This business division accounts for just under 40% of its revenue, with the company generating more than $1.3 billion in revenues from franchise fees each year.

Domino's franchises its business to the international market. Currently, the company has more than 10,000 locations across 90 global markets. It continues to maintain a growth of around 10% year-on-year.

The UK has more than 1,000 stores, and the brand continues to expand into Mexico, Japan, Australia, Canada, Turkey, France, South Korea, and Germany. The international franchise fees account for around 6% of its annual revenues, a very small part of its revenue model.

The Domino supply chain operates 19 dough manufacturing centers across the United States and five in Canada.

The supply centers purchase, receive, store and deliver ingredients to its franchisees, producing fresh dough for the pizza bases. Franchisees may not purchase ingredients outside of their supply chain.

The company's international royalty rates are somewhat low compared to other fast-food franchise brands. As a result, it has more room to increase its margins and revenues in these markets.

Domino's operates in a very competitive market. The company took the title of the world's largest pizza franchise from Pizza Hut in 2017, with Pizza Hut experiencing a steady decline in sales over the last decade.

However, Domino's also competes with other leading pizza franchise operations in the US. Some of its top competitors include the following companies.