How does Florida make money? 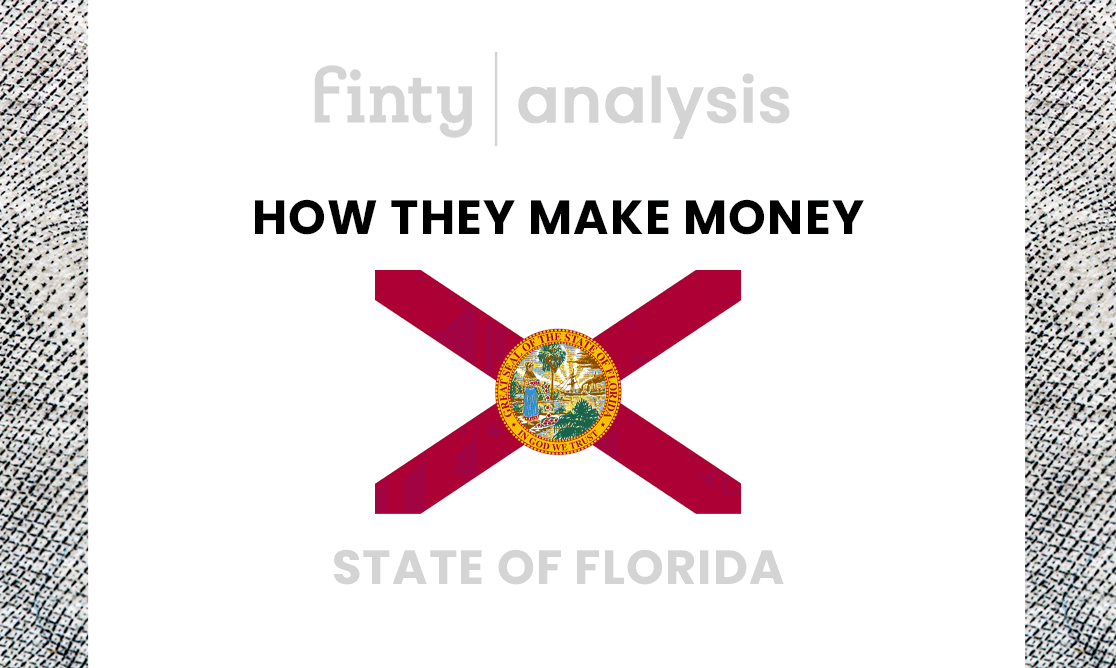 Florida, The Sunshine State, is the southeasternmost state of the United States and the twenty-seventh state to join the union. It is one of seven states in the US with a constitution that forbids income tax collection.

Income tax makes up a large chunk of the revenue generated by individual states within the US. Not so in Florida, where they use indirect taxation to generate revenue and meet its expenses.

The economy in the State of Florida

While being the 22nd largest state in the US, Florida is the 3rd most populated, which shows that it is one of the most densely populated states. Florida has a large workforce and is home to various industries. It is one of the most famous tourist destinations within the US with tourism contributing a large chunk of its $1 trillion economy, the 4th largest in the country.

Located close to Latin America, Florida is one of the most ethnically diverse states in the US and home to nine of the ten fastest-growing communities in the country.

How does the State of Florida work?

It has a bicameral state legislature. The upper house is the Senate, with 40 members, the lower house is the House of Representatives, with 130 members. These houses write the state's laws and are responsible for the day-to-day functioning of the state apparatus.

The constitution of Florida, ratified in 1968, forbids the collection of income tax for the generation of revenue, which has led to the state focusing on indirect taxes for revenue generation.

How does the State of Florida make money?

Sales taxes make up around 80% of the general revenue collected by the state of Florida. Sales tax is levied on goods and services; in Florida, the sales tax rate set by the government is 6%, which becomes higher with local add-ons.

Documentary stamp tax is a tax levied on certain types of documents, which are processed inside Florida. This tax is related to real estate mortgages and the transfer of deeds and applies to loans of different types. The amount of this tax can vary from $.35 to $.70 per $100, depending on the situation.

Corporate income taxes are levied on large corporations. These are the taxes paid on a company’s taxable income, including the profits made.

Property taxes are another way through which the state generates its income. An average Florida homeowner pays around $1,750 as property tax.

Charges on services like gas, electricity, garbage collections, and other amenities also make up some of Florida’s revenue.

Florida’s economy is growing by the day; if it was a country, it would be a top 20 economy in the world. The cash flow and the supply and demand are always high in the sunshine state, which means the government will always be able to afford its expenses without defaulting on any payments and due dates.

Nevertheless, the government needs to ensure effective tax collection to make the best out of the resources available and provide more facilities to the general public.

There are six other states in the United States that impose no income tax on personal income.

Alaska is one of those seven states and is the only one with no sales tax either. The state generates nearly all of its revenue through its natural resources and taxes on oil-related products.

States like Texas and Wyoming use a combination of sales taxes and their natural resources to fulfill their expenditures and meet their budgetary requirements.