How does Hobby Lobby make money? 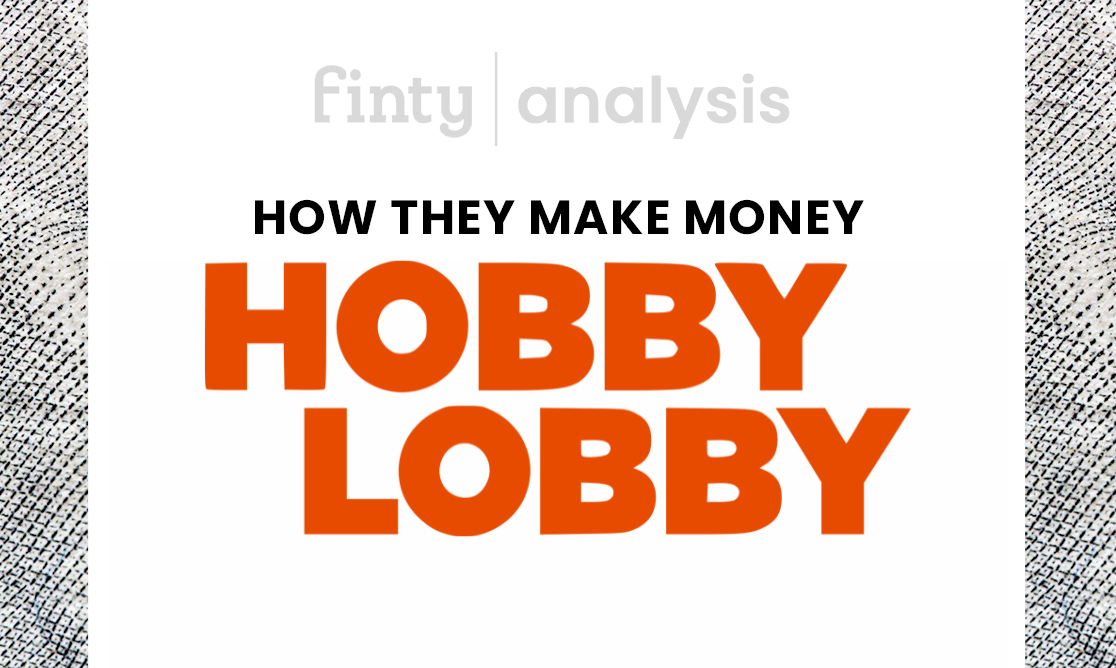 Over the years, the company expanded its product offering and currently has over 70,000 SKUs in its product catalog. It focuses on selling supplies for arts and crafts, handmade baskets, fashion fabrics, party and novelty supplies, silk flowers, and furniture.

This is how Hobby Lobby generate their revenue.

What does Hobby Lobby do?

Hobby Lobby is a Christian-owned business led by entrepreneur David Green. Green is the son of a preacher, and he has strong Christian beliefs.

According to the company's official website, its mission statement is, "Honoring the Lord in all we do by operating the company in a manner consistent with Biblical principles."

The company sells trinkets and party favors for occasions like Christmas and Easter, focusing on Christian holidays. It also sells a wide variety of consumer products, from furniture to fabrics.

How does Hobby Lobby work?

Hobby Lobby operates a US-facing business model, serving the American market. The company has 969 stores operating across 47 states, with only Vermont, Alaska, and Hawaii being unexplored territory for the company.

Hobby Lobby looks to rent or purchase real estate previously owned by big-box retailers, converting them into warehouses and stores. Typically, the company looks for new locations in mid to high-income areas. As a result, Hobby Lobby saves 50% to 70% on its operating costs using this model compared to building new warehouses.

The company steers away from constructing new retail space, which they view as critical to their competitive advantage in the arts and crafts industry.

Hobby Lobby makes money by selling products — and plenty of them. The company caters to a broad demographic and market. It focuses on selling non-essential goods that rely on customers with high disposable income levels.

Most of its products cater to a range of hobbies, from arts and crafts to haberdashery and many more. The company's target buyer persona is women in their twenties and thirties with a middle-class lifestyle and income.

The company sources its products from trade shows, looking for trending items. Green says that Hobby Lobby focuses on trends, not fads. It's the key to the business model's success. District managers visit each store once a month, spot-checking at least 100-items from the company's list of over 67,000 SKUs.

Hobby Lobby chooses high-value locations in major cities, usually in high-income areas. It uses its cash flow to purchase property and take leases on warehouses, opening 30 to 40 stores every year. The company is in a healthy financial position, with no outstanding debt, meaning it has a good chance of surviving an economic downturn.

Hobby Lobby also owns the "Mardel Christian & Educational Supply" business, which has around 30 stores. ﻿It also operates "Hemispheres," a home-goods and furniture retailer with six locations. The company also has several distribution and manufacturing businesses in its portfolio.

These investments in expansion offer vertical integration into the Hobby Lobby business model, strengthening the company and its brand.

Hobby Lobby has an aggressive expansion model, with nearly 1,000 stores operating across 47 states. The company's aggressive growth strategy allows it to take advantage of real estate deals, giving it buying power in the real estate market.

According to Green, the company intends to continue its expansion, even if the economy slows down. This strategy is not without risk. Any economic slowdown may result in consumers withholding their disposable income, negatively affecting its business.

Hobby Lobby competes with other big-box retailers offering hobby products and trinkets. Some of the companies in direct competition to hobby lobby include the following.