How does Redbull make money? 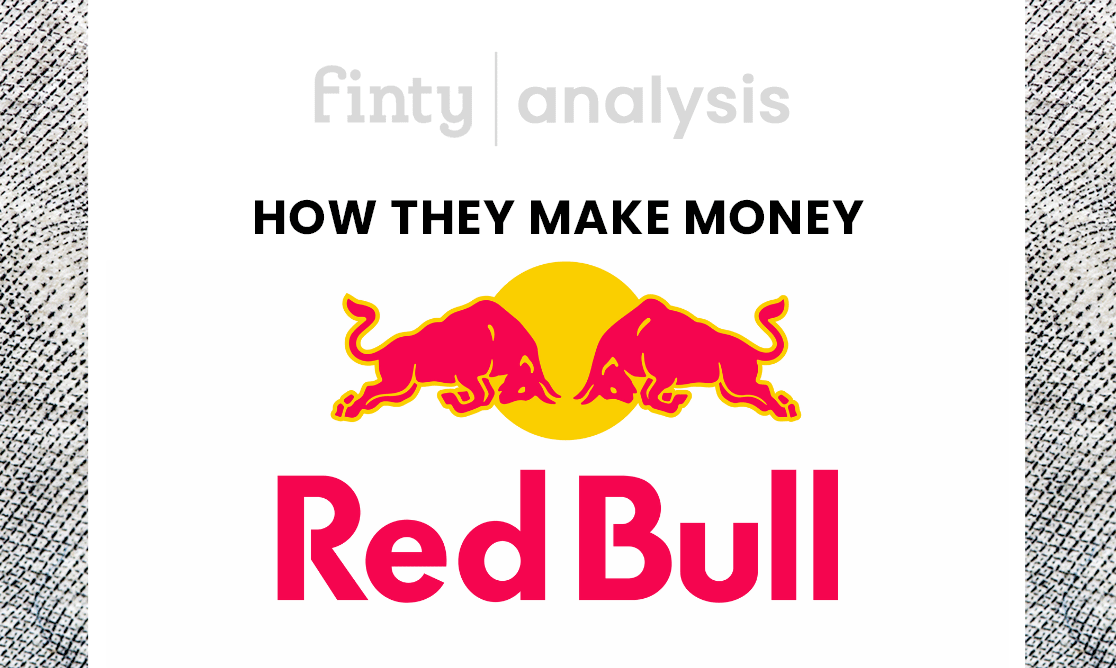 Dietrich Mateschitz and Chaleo Yoovidhya founded Red Bull in 1984, with its headquarters in Fuschl am See, Salzburg. The company enjoys a 38% share of the energy drinks market, making it the biggest energy drinks brand in the world.

Red Bull never launched an IPO on a stock exchange, but it entered into a strategic partnership with the Coca-Cola company in 2014.

It costs Red Bull approximately $0.09 to produce a can of its energy drink, wholesaling a can for $1.87, with a recommended retail selling price of $3.59 in Western markets.

What does Red Bull do?

Red Bull is the most well-known energy drinks brand in the world, a drinks market it single-handedly created.

In 2019, the company sold 7.5 billion cans, earning revenues of $6 billion, which it reinvests into its marketing campaign.

The company reinvests into sponsorship deals with the world's biggest extreme sports and motorsport brands.

It's known for sponsoring some of the world's top talent in F1 racing, MotoFX, surfing, skiing, snowboarding, skydiving, and other extreme sports.

Red Bull targets the youthful market, with most of its customer base being 34 to 18-years old.

How does Red Bull work?

Red Bull is more of a marketing company than an energy drinks manufacturing brand. The company reinvests a large percentage of its annual earnings into its marketing campaigns to maintain its market share.

Red Bull has a fantastic profit margin on its products, and they keep the company profitable through an ingenious outsourcing strategy with their strategic partner, Coca-Cola. The company utilizes a vertical integration strategy, adding value to its supply chain and business.

Red Bull is the leading brand in the energy drinks market, capturing nearly double the market share of its closest competitor.

The success of the brand comes through its huge marketing budget.

Red Bull makes money by selling its energy drinks at a massive margin and reinvesting the bulk of its massive profits into its marketing campaigns, Red Bull maintains consumer awareness of its brand, boosting its sales.

According to Red Bull's quarterly sales records, the company produces and sells enough Red Bull cans to cover one beverage for every person on earth per year.

The company founded and finance RB Leipzig, an entirely new soccer club in Germany playing top flight German soccer and Champions League soccer. The club name is shortened to RB because unlike the US, the German Bundesliga league won't allow such blatant sponsorship of a team. To get around it the club logo is very similar to Red Bull logo, the main sponsor is Red Bull and the club's stadium is the Red Bull Arena.

Red Bull also owns two F1 racing teams and sponsors a huge roster of athletes that promote its products through their events and the content they publish online.

Considering the massive marketing budget the company employs each year, it might seem like the company isn't profitable. However, the brand has a huge markup in its margins, allowing it to remain profitable.

Red Bull also produces extreme sports content through its dedicated website, Red Bull TV, and its YouTube channel. The YouTube channel alone has more than 10 million subscribers. According to research, the brand earns between $3,000 to $7,000 for every video it releases on YouTube.

While the YouTube revenue accounts for just a tiny fraction of its earnings, it's still a significant amount of extra money.

The brand also sells merch for its extreme sports athletes and its brand.

Red Bull sees itself as more of an action sports marketing company and brand rather than merely an energy drink retailer.

The company plans to expand its market share in the extreme sports arena, capturing market share from its competitors.

The company runs an aggressive marketing strategy, and it's heavily involved in the extreme sports industry.

Red Bull continues to dominate the energy drinks market, and it advertises to maintain its position as the leader in its space.

Red Bull faces stiff competition in the energy drinks market. The company competes with the following brands for market share.