How does Uber make money? 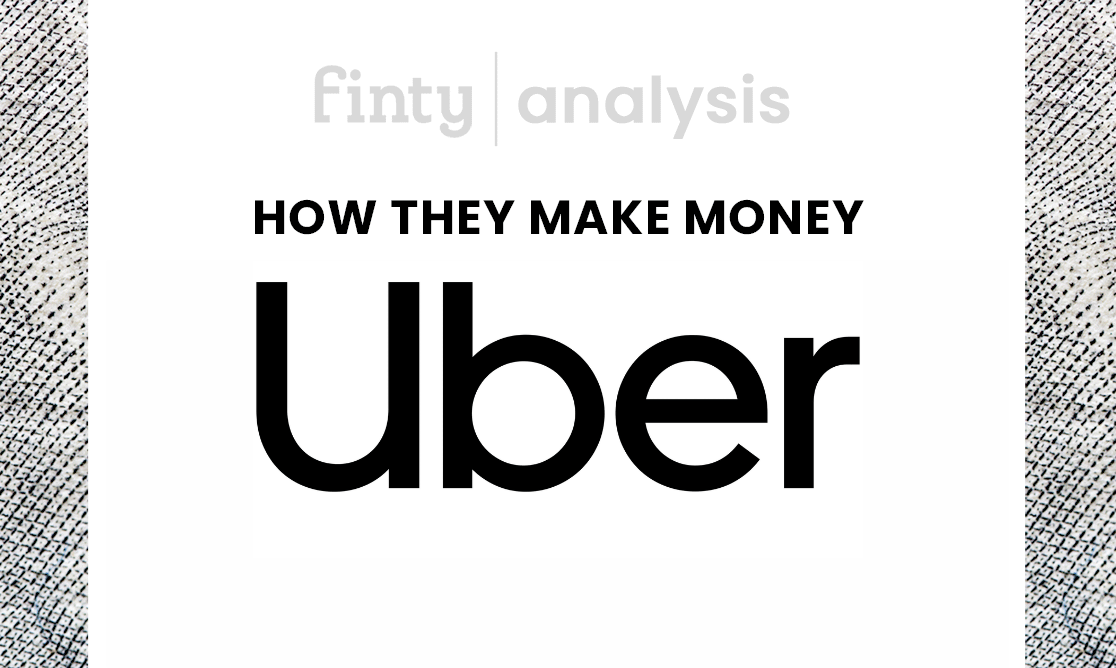 Travis Kalanick and Garrett Camp founded Uber in March 2009, with its headquarters in San Francisco, California. The Uber Group also owns Uber Eats, Inc., Cornershop, Postmates, Careem, and more. Under was listed on the NYSE in May 2019, under the ticker NYSE:UBER, ten years after its founding.

The Uber IPO was huge, paving the way for more tech companies to IPO and receive huge valuations in the coming years. However, its IPO saw it gain the title of the biggest opening day loss in history.

Analysts predicted a $128 billion valuation for the company, but it only received a $69 billion valuation after its IPO. In 2015, Uber earned the title of the world's most valuable startup, valued at $51 billion.

What does Uber do?

Uber was the first company to institute a ridesharing model, paving the way for imitators like Lyft.

Uber's disruptive tech and explosive growth saw it achieve the title of the most valuable startup in the world, and its model also created plenty of controversy for the company.

The company focuses on offering its ridesharing service, and it branched out into freight and food delivery with its acquisition of several companies, including JUMP, Drizly, and Postmates. The company also has a partnership with Lime.

The company endured a scandal in 2017, with CEO Travis Kalanick resigning after claims of creating a toxic, hostile, and sexist workplace. After an internal investigation, Travis and 20 employees left the company.

How does Uber work?

Uber Technologies matches people looking for rides with drivers in their local area.

The company offers a free app for download to iOS and Android devices.

The company expanded its offering to include freight and food delivery services over the last eight years.

Uber’s ride hailing business generates the most profit for the company, while its freight division experiences the biggest growth.

However, analysts are unsure if the freight growth is sustainable, and it may experience a downside as American supply chains start to normalize in 2023.

The Mobility division of Uber Technologies is its original business model and the company's flagship.

The service connects people looking for rides with drivers registered on its network. It operates through an interactive app available for iOS and Android.

Users connect their credit or debit cards to the app, and Uber charges them when they complete a ride, sharing its income with its drivers. This division is responsible for the largest share of profits in the model, accounting for 39% of total revenues.

The food and grocery delivery division accounts for the largest share of revenues in the Uber Group, at 42% of revenues. However, it isn't as profitable as its mobility division.

Users can order food and grocery deliveries through its app.

The company also acquired Postmates and other popular food delivery services available in the United States.

Uber's freight division is the fastest-growing segment of its business model, accounting for 19% of all revenue. The platform connects carriers and shippers.

Uber invested a large amount of capital in developing its automated ridesharing service using autonomous vehicles. However, the project proved to be a failure after a test vehicle struck and killed a pedestrian in 2018. The company sold its automated car division to Aurora Technologies.

The company sees its biggest growth engine as its freight business. However, it's doubtful the company will sustain this growth as supply chains normalize after the pandemic.

Uber competes with other ridesharing companies, freight forwarders, and food delivery services. Some of its top competitors include the following companies.