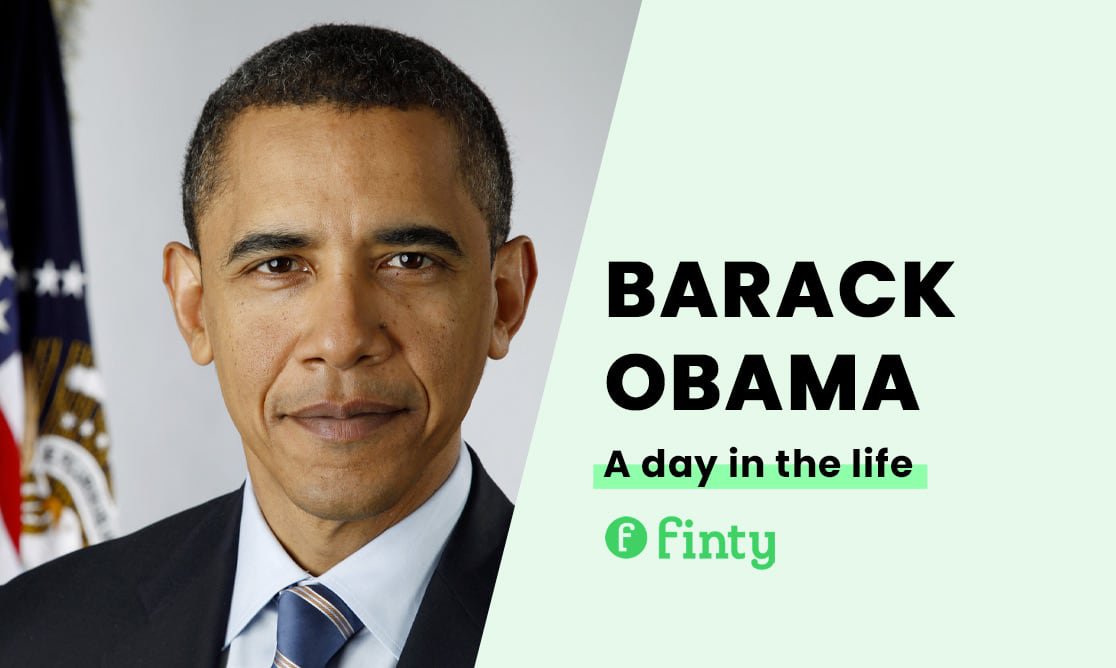 As the first person of color to earn the United States presidency, Barack Obama is one of the most memorable world leaders. The president presented as a confident, stately leader of the free world and possibly the best speaker to ever grace the press room at the White House.

Barack Obama's tenure was notable, but his life changed dramatically after retiring from political life. While in office, Obama was a true "night owl" due to his habit of working late into the night and early morning in the Treaty Room.

Now living a civilian life, the 44th president of the United States doesn't have the same pressing demands on his time. However, he still leads a busy life, with days split between family obligations, speaking events, and exercise.

Find out what Barrack Obama is worth.

The former Commander-in-Chief says his favorite part of the day is waking up in the morning and laying in bed for a while being grateful. He says he most thankful for his new lifestyle giving him the opportunity to choose how to live each day.

With the ability to make his own decisions, Obama enjoys waking up later in the morning than he did when the Oval Office was waiting for him in the past.

Obama isn't forthcoming with the time he actually rises in the morning. Instead, he says he enjoys lying in bed, talking with Michelle about the day's plans.

After eventually getting out of bed, he likes to start the morning with a workout. Typically, he spends 45 minutes in the gym for strength conditioning and cardio training. Over the last 20 years, Obama stuck with the same personal trainer, who says the former leader has a committed work ethic in the gym. Occasionally he mixes it up with a game of basketball or golf.

The Obamas are responsible for creating programs like "Let's Move," encouraging young people to get physically active.

After training, he has a simple breakfast of eggs, potatoes, and toast. He doesn't drink coffee, preferring juice and tea instead.

The ex-president admits that one of the perks he misses from his time in office is never having to deal with traffic. Whenever the presidential motorcade got on the road, there were no stops between destinations. Now, without official business, he has to make his way around the traffic of the Kalorama Triangle.

Barack doesn't have the same responsibilities as he did when he was president, but he says that many of the same causes he believed in while in office fuel how he spends his time today. For example, Obama involves himself with work for his foundation, helping children around the world.

Although he says he misses his presidential team, he still speaks to many of his old contacts, like Prince Harry, collaborating on global issues involving the environment, climate change, and children's welfare.

Most of the profits from his foundation are donated to job creation programs around poor inner-city areas around Chicago.

The former president enjoys eating vegetarian meals during the afternoon and sometimes snacks on steamed broccoli or cauliflower with some olive oil.

Typically, the Obamas have dinner as a family at around 6:30 pm. They avoid eating carbohydrates in the evening and prefer eating smaller meals more frequently during the day. The former president sticks to two main meals a day — lunch and dinner — with snacks of trail mix, protein bars, and roasted nuts interspersed throughout the day.

As president, Barack would frequently stay up as late as 2 am. However, nowadays, he says he gets into bed at around 10:30 to 11:00 pm and reads for an hour or so before turning in at around midnight.