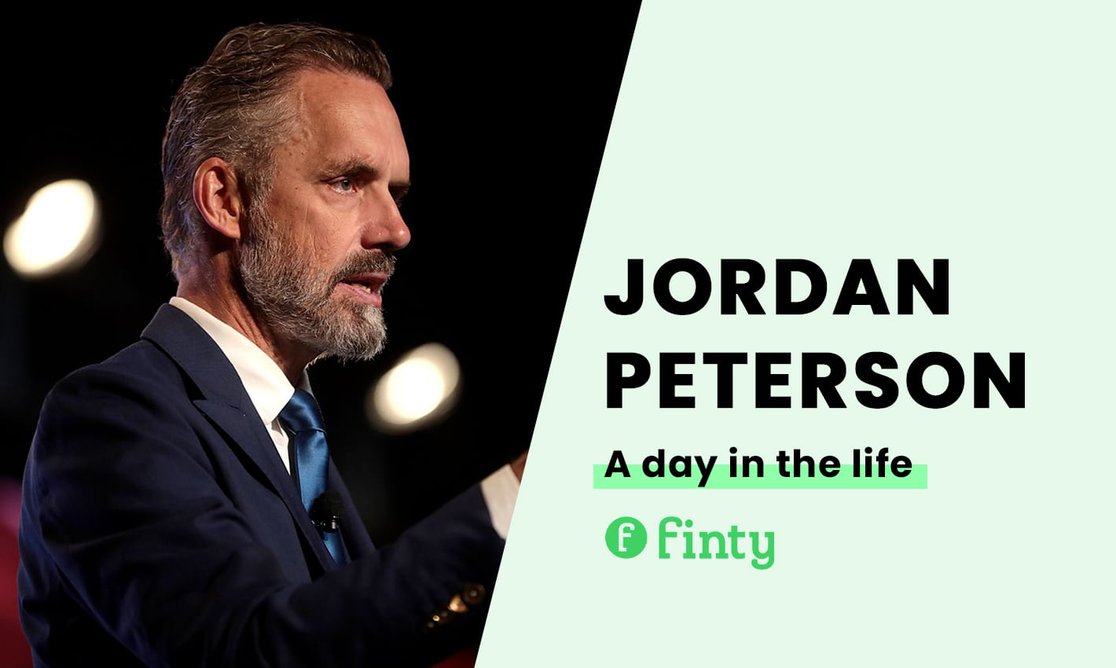 Do you need more responsibility in your life? Dr. Jordan B. Peterson thinks so.

This Canadian Clinical Psychologist is a household name in the personal development space. Peterson rose to fame through his stance on gender identity politics in Canada. A defender of free speech, he took to YouTube for his crusade, earning him an army of followers and more than his fair share of haters.

As an accomplished author and professor, he dedicates his life to education and helping others. His 2018 book, "12 Rules for Life: An Antidote to Chaos," sold over 5-million copies in 100 cities around the globe.

Jordan also got a voice in the alternative media after his appearance on episode #877 of the Joe Rogan Experience. He is a member of a loosely affiliated group known as "The Intellectual Dark Web", which includes the likes of the venture capitalist Eric Weinstein, conservative commentators including Ben Shapiro and Douglas Murray, and libertarians such as Dave Rubin.

Read through Jordan’s books, or listen to his lectures on YouTube, and you’ll notice a common theme. He is a proponent of responsibility and the ripple effect it has on accountability in a person’s life. It makes sense that he himself would have a set schedule and fixed regimen for his daily routine.

It turns out that’s the case. In a podcast, Jordan outlined his daily routine, and it’s quite simple, but very demanding. It comes as no surprise that Jordan is a fan of to-do lists and schedules. He ensures he allocates his time each day and that he uses it as productively as possible.

Jordan’s day starts anywhere between 6 am to 8 am, depending on his commitments the previous day. If he’s out traveling or speaking at engagements that run late into the night, he’ll sleep in more towards the 8 am threshold.

After rising, Jordan gets to work. This man prides efficacy with his work. As a clinical psychologist, Jordan is well-read, with thousands of books under his belt and a lifetime of reading ahead.

Typically, Jordan says he’ll work around 14-hours a day, giving him a 100+ hour workweek. He claims he’s always had a demanding schedule, putting in these kinds of hours since 1985. Jordan states that he works as fast and efficiently as possible, taking breaks every two to three hours to spend time with his wife, Tammy.

However, Jordan rates his 8 am to 10 am work session as the most productive time of his day. During these two hours, he puts the nose to the grindstone and goes through his top priorities for the day.

At 10 am, he’ll stop what he’s doing and take a break with his wife. They have a cottage, and he enjoys spending time with her there when he can.

However, Jordan believes he must be occupied and productive for the majority of his waking hours.

Put the things you can control in order. Repair what is in disorder, and make what is already good better.

Jordan works right through the afternoon, taking regular breaks every few hours to drink some water. He doesn’t eat lunch or breakfast, preferring to remain fasted throughout the day until his evening meal.

Jordan works out of his study at home, and he doesn’t have to commute to an office. However, his "12 Rules for Life" tour saw him jet-setting around the world to entertain audiences from Europe to Australia.

When the evening rolls around, Jordan may stop working at around 6 pm. He’ll typically wander into the kitchen to help his wife with preparing dinner.

Now, all Jordan eats is steak and salt, along with the occasional Club Soda for variety. In the evening, Jordan spends his time doing Q&As on YouTube, shooting podcasts, and reading, and listening to his favourite podcasts.

Jordan doesn’t set an official bedtime. He believes in extending sleep until you feel tired, but he ensures he gets up at the same time every day. Jordan thinks that going to bed when you aren’t tired has the opposite effect.

If he’s over-thinking when he goes to bed, Jordan will use the progressive muscle relaxation (PMR) technique to combat his insomnia.