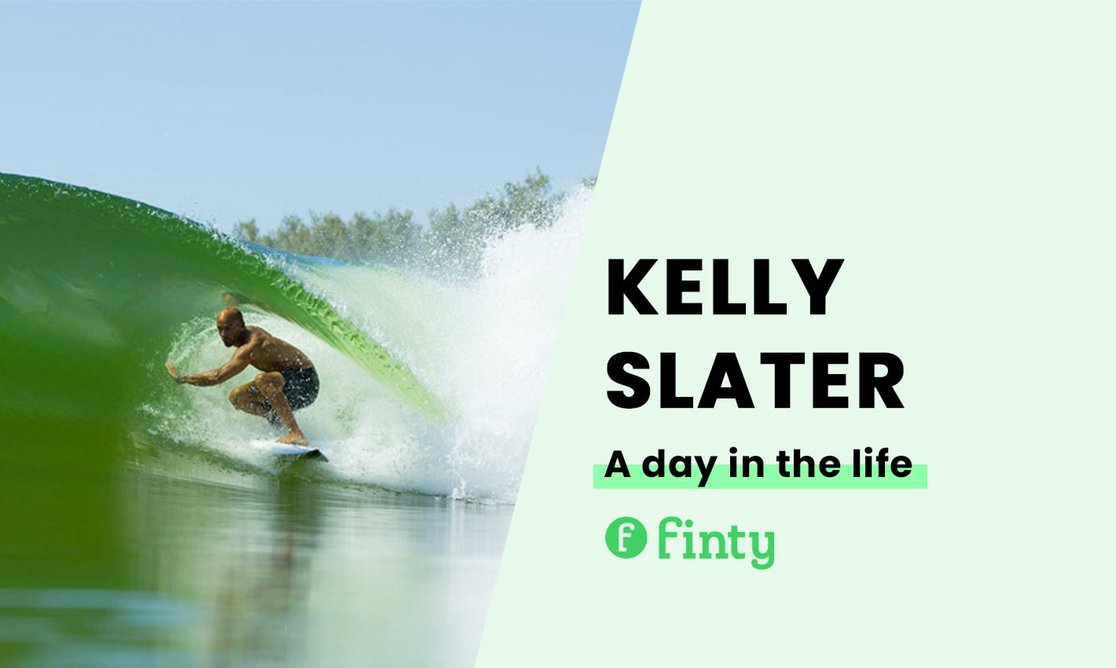 Ask any surfer about the greatest of all time, and they’ll likely spill the name “Kelly Slater” from their lips. Known as The GOAT — The Greatest of All-Time — Slater is a professional surfer and an 11-time world champion, with more titles under his belt than any other surfer in history.

At 49-years old, Slater still competes in the top echelon of the sport, and he’s frequently in the top 10 surfers on the Jeep Leaderboard rankings. With notable finishes in the 2019 season, Slater can still show the young guns on the circuit his competitive nature in every heat he surfs.

Kelly spent over a decade working on an artificial wave at his "Surf Ranch" in Lemoore, California. First unveiled in a viral YouTube video called "Kelly's Wave", the pool opened in September 2019 — to worldwide acclaim — and subsequently hosted various surfing events before being officially added as a stop on the World Surf League tour. To this day, it is the only event of its kind.

Kelly owns an apparel brand, "Outerknown", and he splits his time between Lemoore, the world tour, and traveling to chase the next big swell at exotic locations like Tahiti, Indonesia, and Hawaii.

Kelly lives a truly unique lifestyle, but what does his daily schedule look like?

While most surfers are up with the sun, frothing for the waves, Kelly admits he doesn’t chase the "dawnie" session anymore.

He prefers to get up around 7 or 8 am, but he’s willing to get up earlier if there’s a big swell on the way. Kelly starts his day with a cup of hot water, lemon, and honey to cleanse his physiology after sleep.

Kelly admits that he no longer surfs every day, and he’ll only get in the water a few times a week unless he’s on a surf trip or at the Surf Ranch.

Kelly is flexible with his breakfast. If the waves are good, he’ll often jump into the water in a fasted state, eating when he gets out of the surf.

When he sits down for breakfast, it’s typically a stack of pancakes and some eggs. Kelly is well known — in fact, renowned — as a health nut, and fellow pro surfer Kolohe Andino made fun of Kelly’s diet by saying that "he can survive on nothing but almonds and air".

Kelly understands the aging process, and he wants to keep himself as fit as possible as he gets older. Kelly will also drink smoothies throughout the day for energy, and he enjoys snacking on almonds and fruit when he feels hungry.

After enjoying his morning, Kelly heads out for a round of golf at around 11:30 am. The surfer is an avid golfer, and he has a passion for the sport, which he says is akin to surfing. Kelly says there’s nothing better than 18 holes if the waves are flat.

After wrapping up his golf game at around 2 pm, he’ll head home for lunch. Kelly has homes around the world, including a place in Hawaii and California. If the waves are good, he will go out for an afternoon session, but if they aren’t, he’ll relax with his girlfriend, the fashion designer, Kalani Millar.

The couple will eat lunch around 2 pm, and it’s typically a salad. Kelly isn’t much of a meat-eater, and he prefers to keep his meals light on his digestive system.

Kelly also uses the afternoon to check on the status of his business ventures. He’ll check on the visitor registration at his wave pool and send out invites to top pro surfers to come and visit the pool.

He’ll also spend time in meetings for his brand, Outerknown. Kelly is a donor to many ocean-related environmental causes, and he often makes appearances at hosted events on the matter.

He’s also known for having a scientific mind. He once spent 30-minutes laying into a flat-earther on the beach, teaching him the basics of physics.

Most surfers are in bed by 9 pm, but not the GOAT. Kelly enjoys his evenings, and he frequently stays up as late as 11 pm.

During his time at home in the evening, Kelly will meet with friends for dinner, or he’ll cook at home with Kalani.

Kelly says he loves spending time in Hawaii, and it's his favorite place on earth. As an eight-time "Pipe Master", Kelly is the modern-day king of the Banzai Pipeline, the North Shore's most famous and terrifying wave.

However, if there’s a surf competition, Kelly likes to ensure he gets at least eight hours of sleep at night, and he’ll wake up at around 6 am to check the ocean conditions. He likes to keep stress as low as possible during the day, and he doesn’t stare at screens in the evening, allowing his body to wind down for the night.