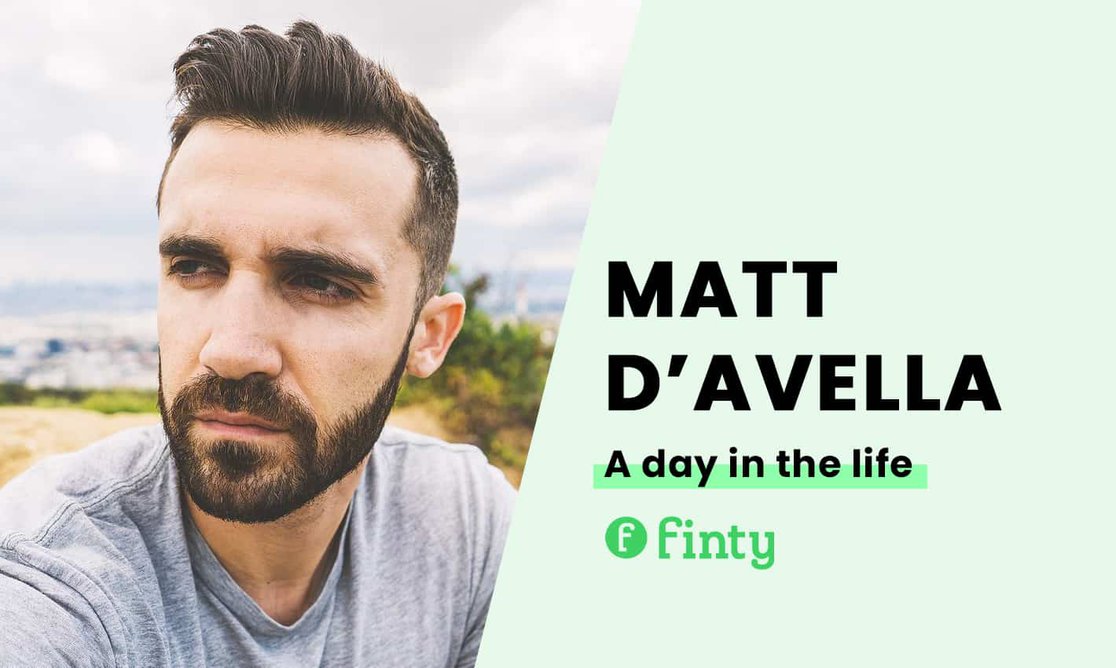 If you're browsing through YouTube, you'll probably come across one of Matt D'Avella's videos sooner or later. He is a powerhouse in the minimalist movement with more than 3 million subscribers.

Matt owns a website where he broadcasts the "The Ground Up Show". This minimalist, filmmaker, and YouTube star is known for his focus on personal development and experimentation. His influence in the minimalist movement is such that Netflix decided to make a movie with him, titled "Minimalism: A Documentary About the Important Things".

Matt started his online career after accumulating a mountain of student debt. But instead of entering the job market, he took the road less traveled as a freelance filmmaker. Within 5 years he had turned his dreams into reality, building a 6 figure business he manages from home with his partner, Natalie Pidding.

So, what does the daily schedule of a minimalist YouTuber and filmmaker look like?

Matt believes in waking up each morning with intention. He wakes up each day at 6 am and starts the day with a strong coffee made using an AeroPress. He likes grinding the beans himself, and often takes a portable grinder on the road with him when traveling. With his coffee in hand, he sits down at his desk to get to work.

Morning are when he is most productive. An hour later, he is usually in a flow state and won’t stop working until 11 am.

When he unpacks his to-do list for the day, he focuses on his top three priorities. He prefers to keep a flexible approach to his daily tasks, and he’s a proponent of what works today might not work next year.

After taking care of the morning's priorities, Matt breaks for lunch at 11 am. Typically, he will prepare his meals three days in advance.

He’ll mix a few green smoothies and cook a bunch of chicken breast and rice for his meals in the week. Matt says it saves him time during the day, allowing him to focus on other priorities.

In the afternoon, he will either go for another work session or start filming his podcast. He limits business meetings to a few days a week.

Work finishes around 3 pm to 4 pm when he heads to the gym for his workout. Workouts are short and designed to push his limits.

After his workout, he and Natalie might go for a walk on the beach if the weather is nice or return home if it isn't.

Matt enjoys spending time at home with his partner, relaxing together and talking about the day before preparing dinner. He gets a food delivery service from "Eat Fit". It takes less than 25 minutes to cook their evening meal, which typically includes carbs, proteins, and healthy fats, with plenty of vegetables.

After dinner, he likes to relax on the couch and may work from his laptop for an hour or so before closing off the day by reading a few chapters from a book.

Matt initially saw sleep as a handbrake in his career – taking away time from his day. However, after reading Dr. Matthew Walker's book on sleep habits, he decided to change.

Today, Matt takes his sleep very seriously. He consumes no caffeine during the ten hours before his scheduled bedtime, which is 10 pm on most nights. He controls his sleeping environment, removing distractions such as screens for the last two hours before bed, but he frequently breaks his rule.