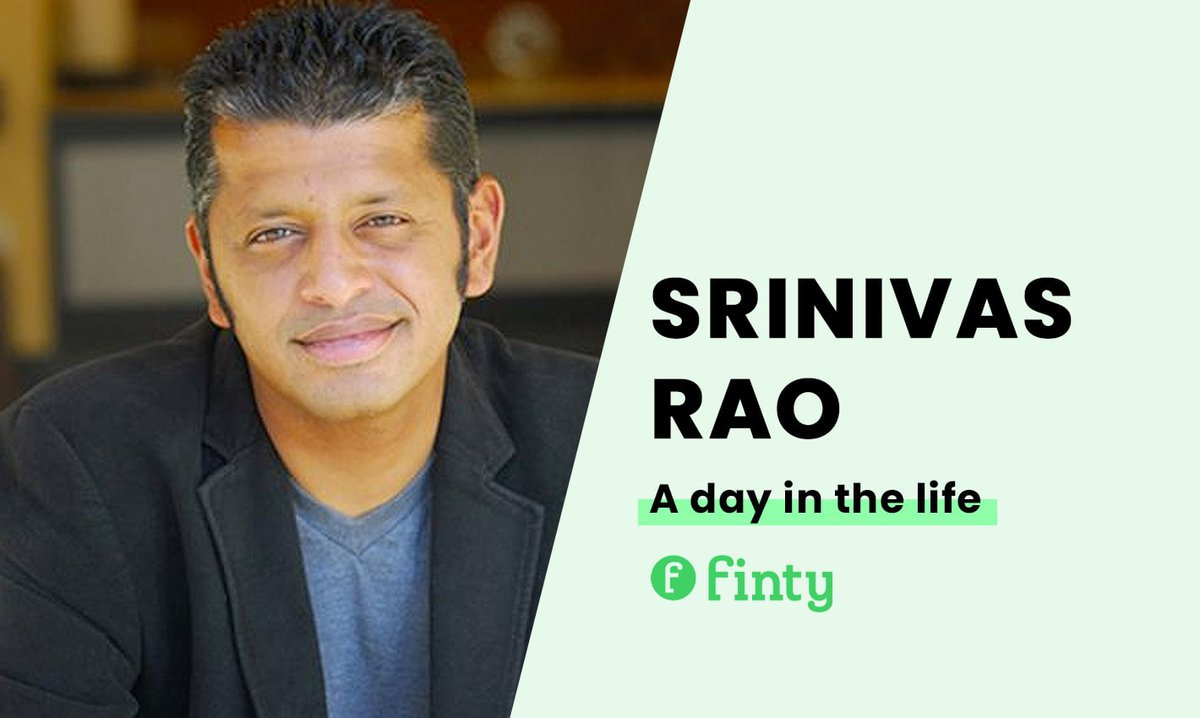 Srinivas Rao is an accomplished author, speaker, and thought leader. Going by his handle, "the Unmistakable CEO", Srinivas is the host of the "Unmistakable Creative" podcast, which he produces each week.

The Unmistakable Creative is where Srinivas focuses his energy, interviewing more than 700 of the world's most interesting people. With over 500 5-star reviews on iTunes, his podcast is one of the most followed shows on the platform.

Srinivas is the author of three bestselling books, and his writing features in publications like Forbes, The New York Times, and Business Insider.

He works as a consultant, helping companies create new rules for growth and teaching entrepreneurs how to create "magical moments" in business that attract more customers and prospects.

Podcaster, author, and consultant, Srinivas Rao's schedule is demanding and optimised to get the most out of every day. Let's examine the daily routine of this CEO and thought leader together.

Inside the demanding schedule of Srinivas Rao

Srinivas is an early riser, and he’s usually up with the sun around 6 am or earlier. He likes to start the day by getting his mind in the right space, meditating every morning for around 10 minutes, with no distractions.

He has a passion for the ocean. If the waves are good at his local break, he’ll head out for a morning surf session on his Superbrand shortboard and enjoy the feeling of being in the ocean's dynamic environment. The slow pulse of the waves helps him connect with nature.

The surf gets him all the exercise he needs, and he enjoys the challenge of paddling against the current. After his surf session, he’ll head home, take a shower to get the salt off his skin, and start the business day.

Typically, Srinivas doesn’t eat during the day, preferring to remain in a fasted state. He says he starts the workday by reading a chapter of a book or an essay. This usually takes him 15 minutes, after which he’s ready to face the challenges of the workday.

From around 10 am to 12 pm, Srinivas takes care of his business responsibilities. He’ll go through his to-do list and start a period of intense work for two or three hours before taking a break at lunchtime.

The Unmistakable Creative podcast is where Srinivas dedicates most of his time and energy and it's in the afternoon when he'll typically record.

He doesn't eat lunch unless it's with a business colleague or a podcast guest, opting to stay fasted during the day and only eating at night.

If he's not recording a podcast, he will be working on his next book. Srinivas likes to write as much as possible during the day. However, he knows his limits, and he stops when he starts to lose his flow state.

Podcast recording sessions are usually finished by around 6 pm when he heads home for dinner. He’s a big fan of traditional Indian food, and he loves a tasty samosa, especially if it's homemade.

By 8 pm, he will have blocked off as much external stimulus as possible, believing it to be the foundation to improving his sleep quality that night and creating an environment conducive to creating a flow state at work the following day. He leaves his phone outside of the bedroom and tries to get up before his alarm sounds.

This routine was not always the case and was implemented as a result of experimenting with leaving his phone outside of the bedroom, after which he noticed a huge improvement in his sleep quality and performance the following day.

Srinivas likes to feed his subconscious mind before retiring to bed and so he’ll read a few chapters of a book before falling asleep. He says that reading before bed helps him with ideas when he starts writing the following morning.