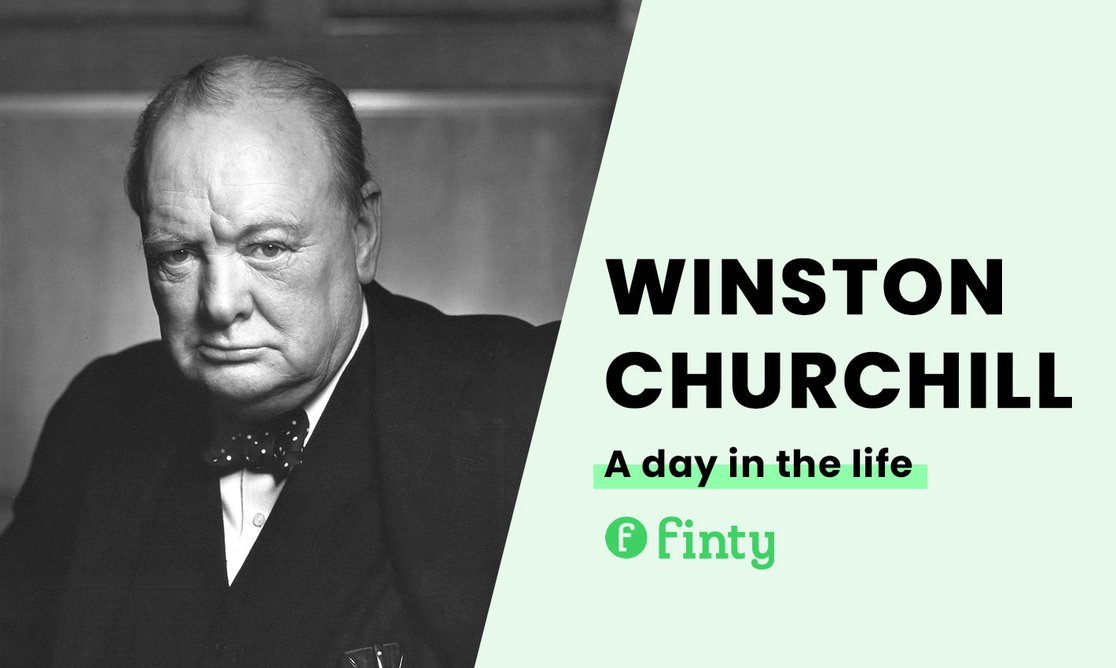 Winston Churchill was an infamous character in global politics during the Second World War. He's known for having a compelling leadership style, rallying England and Europe behind his words. Churchill also had a dark sense of humor, and many of his quotes blend powerful messages with excerpts of playful wisecracks.

Churchill retired from public service in 1955, and he would spend the next decade enjoying his twilight years before passing in January 1965. Many of the leader's old photos depict his puffing on a cigar, a trademark image that's still remembered today.

Churchill enjoyed writing, penning his memoirs during his retirement. He won a Nobel Prize in literature in 1953 for his speech-making abilities. Throughout his career, Churchill penned many quotes that are still in use today.

As one of the most significant leaders in the early 20th Century, Winston Churchill has a legacy as a hero to the British people.

So, what does the daily schedule of "The British Bulldog" look like?

Despite going to bed late, Winston Churchill woke up every morning at 7:30 am. However, the prime minister mentioned that he found the time to be too early for his taste.

However, unlike most people that wake up and get moving, Churchill preferred to stay in bed until 11 am. While that might sound a bit lazy, Churchill didn't lie there sleeping or dozing – he got to work.

His housekeeper would serve him breakfast in bed every day, using a special silver tray with a round cutout for Winston's belly. The tray's design made it easy for Churchill to eat breakfast while he worked on other matters.

When it comes to breakfast, Churchill had a sizeable appetite. His morning meal would typically consist of a full English breakfast, including sausage, bacon, eggs, toast, and perhaps some leftover steak from dinner the night before.

Churchill enjoyed his drink and cigars, and he often sipped on a glass of wine with breakfast. While eating, he checked the local newspapers, reading stories that piqued his interest.

From the comfort of bed, he would dictate letters to allies and government leaders before wrapping up the morning by reading a few chapters of a book while sipping on a small glass of whiskey.

When he was ready to face the day, his housekeeper drew his bath, with the water always at a pleasant 98F.

"If you are going through hell, keep going."

After completing his morning routine, Churchill would dress and get ready for the afternoon's activities. If he wasn't in meetings, he took lunch at 1 pm.

Lunch was a three-course meal, and of course, there are drinks. Clementine, his wife, would drink Claret while Winston enjoyed some champagne (Pol Roger served lightly chilled).

After his walk, Winston would return to work, supervising workers on his estate or reading in his study. Occasionally, Winston would take the afternoon off to play backgammon or cards with Clementine.

During the afternoon, Winston would take a nap. He would dress down to pajamas and use a velvet sleeping mask. The leader claimed that his mid-day nap allowed him to be more productive with his evening.

After rising from his slumber, the leader would start the evening with a whiskey and soda.

"Attitude is a little thing that makes a big difference."