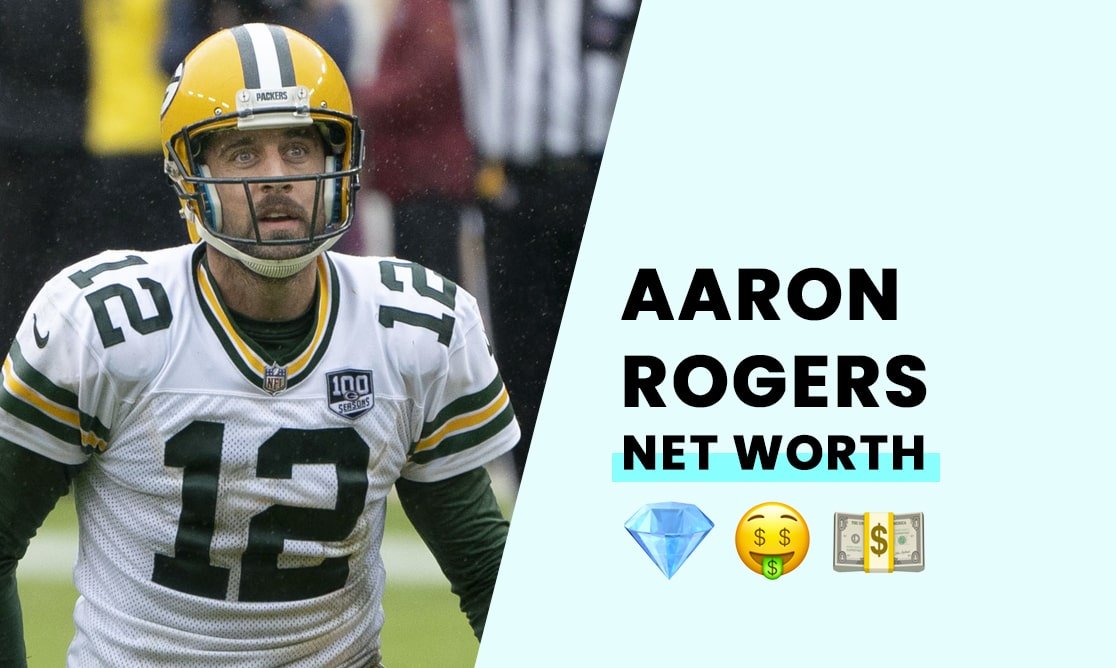 Aaron Rodgers' net worth is estimated to be $120 million.

Aaron Charles Rodgers was born on December 2, 1983. His father, Edward, was a chiropractor and his mother, Darla, worked for a medical supplies company.

Rodgers's mother is of Swedish, English and Norwegian descent and his father has German, as well as Irish and Scottish ancestry.

He has two brothers, who are former professional baseball players.

Aaron attended Pleasant Valley High School, and then went to Butte Community College and later on continued his education at the University of California-Berkeley.

He never graduated, but is known for one of the top quarterbacks in American football.

Aaron Rodgers lives in Suamico, Wisconsin. He's married to Shailene Woodley. Prior to that Aaron was married to Danica Patrick.

How did Aaron Rodgers build his net worth?

Aaron Rodgers built his wealth through his career as an NFL superstar quarterback.

He has also made money from his NBA franchise and a number of high-profile brand endorsements.

The star earned over $90 million in sponsorships and endorsements from 2018 to 2019 alone.

Rodgers entered the NFL in 2005 as the 24th pick by Green Bay. He spent the next three years as a backup for Brett Favre, starting after Favre’s retirement in 2008. In 2013, the Packers extended his contract for five years for a $110 million contract, making Rodgers the highest-paid athlete in NFL history at the time.

In 2018, Aaron signed a 4-year extension for $134 million, and with bonuses and cash flow from the deal, Rodgers will eventually end up with around $180 million, with a $103 million guarantee, making him one of the highest-earning NFL stars in history.

Rodgers also has an ownership stake in the NBA team, the Milwaukee Bucks, purchasing his shareholding in 2018.

Rodgers received many sponsorship deals over his career, including endorsements with State Farm Insurance and Pizza Hut, with the State Farm deal being worth around $2 million to $3 million. Here currently has endorsement deals with leading brands like Adidas, Bergstrom Automotive, Prevea Healthcare, IZOD, and Sharpie.

Leadership can't be forced or contrived. It has to be your personality.

What does Aaron Rodgers spend his money on?

Rodgers owns real estate in prestigious zip codes including Malibu, Del Mar, and Green Bay. He has collected cars, including a 2011 Chevrolet Camaro. Perhaps his most valuable possession is his Super Bowl ring.

Is Aaron Rodgers a millionaire?

Yes. Aaron Rodgers is a millionaire.

Is Aaron Rodgers a billionaire?

No. Aaron Rodgers is not a billionaire.

Aaron Rodgers was not born rich. He is a self-made man.

Aaron Rodgers is most certainly not broke.

How long would it take to earn as much as Aaron Rodgers is worth?