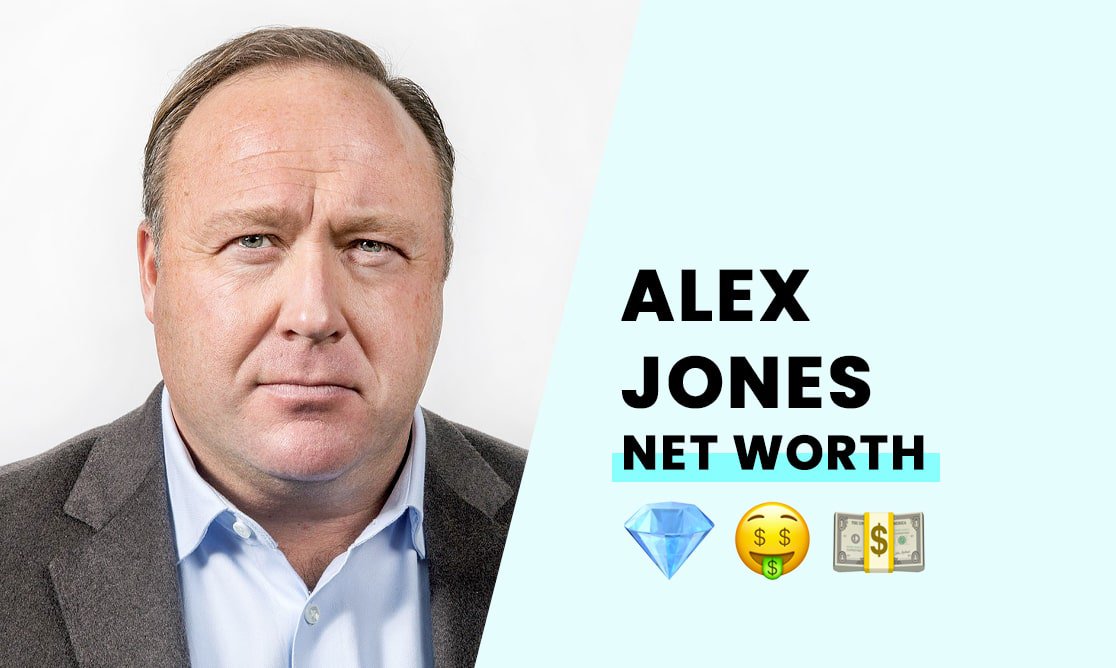 The estimated net worth of Alex Jones is $5 million.

He is a well-known radio host but is also notorious for being a conspiracy theorist. He has also been labeled a far-right political extremist which is a title he embraces to his benefit. Alex has a talk show on the radio called The Alex Jones Show that is syndicated nationally.

Alex Jones was born in Dallas, Texas in 1974. His full name is Alexander Emerick Jones, but typically just goes by Alex. Most of his childhood was spent in Rockwall, but his family later moved to Austin, Texas. He played football as a teen and had a pretty uneventful life during his younger years.

Alex went to Anderson High School in Texas and graduated with moderate grades in 1993. He went on to attend Austin Community College in Texas. During his time in college, he spent a lot of time reading None Dare Call It Conspiracy by Gary Allen. It led to frequent conflicts with other students and even the police. He eventually dropped out, choosing not to complete his degree.

How did Alex Jones build his net worth?

According to our calculations Alex Jones could have a net worth of around $5 million dollars.

Alex started working for a public access cable show in Austin. It was here that he learned and honed his specific style of speaking and presenting. Later, he moved over to radio where he hosted The Final Edition in 1996 on FM radio. The show allowed him to put form his conspiracy theories, most notably that the US government was behind the 1995 Oklahoma City bombing. He gained an impressive following and literal tons of fan mail that encouraged his way of thinking.

He released his film in 1998 titled America: Destroyed by Design. After its release, Richard Linklate, a local director cast him in two animated shows in 1998. His radio show continued to gain popularity and in 1999, he secured the Best Austin Talk Radio Host title from The Austin Chronicles’ readers’ poll.

Despite his ratings, the station had to let him go because it was hard to find sponsors due to his confrontational views. He bought an ISDN line and started broadcasting from home the same year. He founded InfoWars in 1999 and started broadcasting all over the nation via the Genesis Communications Network. He also launched two websites that covered similar talking points of that on his radio shows.

By the time 2001 rolled around his show was very popular and syndicated to hundreds of stations. Following 9/11, only 30% of the syndicated stations carried his program.

Alex released a line of supplements and consumer products in the market in 2006 which allowed him to generate millions of dollars. The following year he released a film titled ‘Loose Change’ which was vocally supported by Charlie Sheen.

Up until there was a concerted cancellation by YouTube, Facebook, and Apple in 2018 Alex Jones was building a media empire, making the most of the controversy around President Trump and had considerable clout in shaping public opinion.

Detractors labelled him as the most paranoid man in America according to Rolling Stone and The King of Conspiracy by CNN.

Despite all the adversity, the detractors and the bans from Big Tech he has shown few signs of slowing down.

Alex is no stranger to adversity and controversy, in fact, he thrives on it. He has an impressive ability to reinvent himself anytime the winds of change blow his way.

Being adaptive while still maintaining a general distrust of the government is no easy feat. In fact, he makes a point of getting paid by speaking to the fears of a certain segment of America.

How rich is Alex Jones?

Over the years Alex Jones has been able to grow his net worth to just over $5 million dollars during his time as a radio host, media host and citizen journalist.